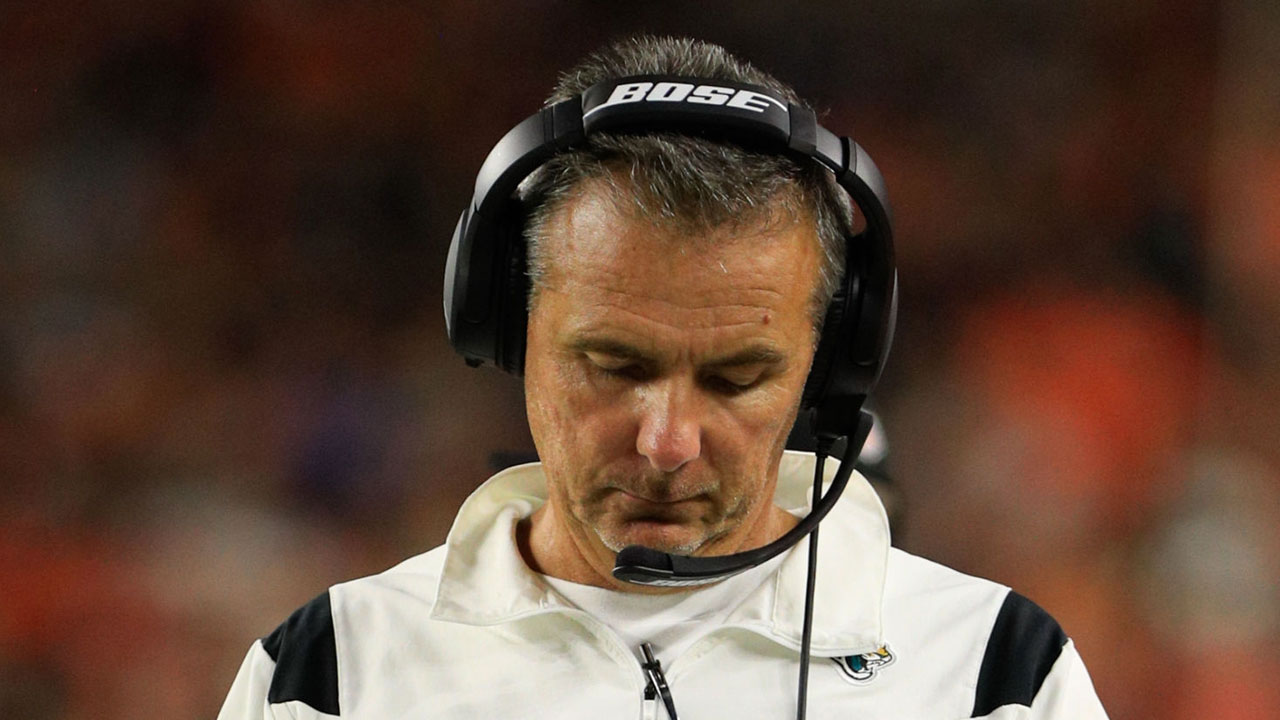 In this Monday’s NFL news: Tension grows between Urban Meyer and the Jaguars; Derrick Henry would return for Week 18; Lamar Jackson, injured; and more. Don’t miss the NFL news.

Urban Meyer calls his assistants “losers”; The tension grows on the Jaguars

This Sunday the Jaguars gave a terrible performance where they were shut out by the Titans, however, that was not the most relevant for the team during the weekend. Via Tom Pelissero of NFL MediaAs tension within Jacksonville has grown as HC Urban Meyer has used aggressive approaches toward multiple players and staff coaches in recent weeks.

Pelissero reports that, in the last two weeks:

To further intensify the problem, after the defeat against Tennessee yesterday afternoon, Meyer went to a press conference to answer questions about the Pelissero report and the possible sources that would be within the team’s facilities to be able to issue such reports : “What’s the answer to that?” Meyer said through Albert Breer of SI.com. “Start leaking information or nonsense? That’s garbage… If there is a source, then that source would be unemployed. I mean, in a matter of seconds. “

Additionally, regarding how he treats his assistant coaches, Jay Glazer, of FOX, noted that Meyer admitted to being picky about his staff: “I’m tough on my coaches and I’m after them,” however, he denied calling them “losers.”

By what exact words Meyer does or does not refer to his staff members is something only he knows. However, it is public knowledge that the situation within the Jaguars cannot continue like this. For a proper reconstruction, the indicated HC must be present and, in his first year in office, Meyer has shown on certain occasions that he is not up to the task. Should owner Shad Khan consider a head coach change heading into 2022?

Derrick Henry would be back as soon as Week 18

RB Derrick Henry hasn’t played since he fractured his foot on October 31, but there is good news for the Titans. This Sunday, via Ian Rapoport from NFL Media, Henry’s recovery was reported to have gone so well that the team hopes to have him back in action for the Playoffs, or perhaps as soon as Week 18 if Tennessee finds itself in a win-win situation to get into postseason.

Following a successful foot surgery on November 2, Henry was given an estimate to return to the field in 10 weeks. From the date of the original mishap to Week 18, which will be next Sunday, January 9, the predicted period of time will be fulfilled.

Additionally, the Wild Card Round would have already reached 11 weeks, so it is almost a given that Henry will return to assist the Titans in their quest to enter Super Bowl LVI. However, an exact date has not yet been set to see Henry back, and this week he will have a medical evaluation to provide more clarity on the matter.

Henry’s return to Tennessee would be vital if they are to aspire to great things. Despite missing the last five games, Henry still ranks fourth best in the league in carries (219), yards (937) and rushing touchdowns (10), proving that he is one of the best – or the best. – NFL running back today.

Derrick Henry could return as soon as Week 18. https://t.co/Qi0iN3lTbR

Bad news in New York. This Saturday, via Connor Hughes from TheAthletic.com, the Jets made it official that WR Elijah Moore was placed on Injured Reserve due to a quadriceps injury. With this move, including yesterday’s loss to the Saints, the fastest he could get back on the field would be in Week 17, when the Jets host the Buccaneers. However, according to Hughes, Moore’s absence could be prolonged, putting the rest of his year at risk.

In the injury report for Week 14 Moore had been designated as “questionable” for the game against New Orleans even though he did not practice for the entire week. However, now it is confirmed what will surely be a great loss in the offense of those led by Robert Saleh.

This season, Moore, a rookie out of Ole Miss, has a total of 43 receptions for 538 yards and 5 touchdowns, leading the team in every category and becoming the most reliable weapon for first-year QB Zach Wilson. So, heading into the season finale, the Jets’ offense is more depleted than ever. Will we see Moore on the field again in 2021?

In more NFL news, two starting running backs were placed in the COVID-19 Pool this weekend. This is Darrell Henderson Jr., of the Rams; and Myles Gaskin of the Dolphins. However, the situation for both teams is totally different for their next respective meeting.

In Los Angeles, HC Sean McVay confirmed last Saturday that Henderson reported that he was feeling unwell, so he underwent a COVID-19 test while the rest of the squad did their final practice session for the MNF of this night against the Cardinals. A few hours later the Rams announced that Henderson was placed in the COVID-19 Reserve so, in the duel against Arizona, it will be RB Sony Michel who will command the team’s ground attack.

For its part, in Miami, the previous Friday it was announced that Gaskin was placed in the COVID-19 Reserve and, later, on Saturday they announced that the RB2 Salvon Ahmed was also added to the list. The Dolphins had their rest this weekend and, considering that both running backs are vaccinated, there is a probability that they can play next Sunday in Week 15, otherwise, it would be RB Phillip Lindsay who would be in charge of the running attack. .

This 2021, in the Rams, Henderson leads the team with 142 carries for 648 total yards and 5 TDs, so without a doubt they could suffer his absence tonight. Meanwhile, in the Dolphins, Gaskin has 154 carries for 526 yards and 3 TDs, also leading the team in each category. What to expect from both squads’ running attack without their starting running back?

Lamar Jackson and the most relevant injuries of Week 14

In the absence of the MNF, Week 14 of the 2021 NFL Season has almost come to an end. We had an emotional Sunday: the Cowboys beat the WFT, the Chiefs crushed the Raiders, the Titans shut out the Jaguars; and more. However, like every weekend, there were injuries everywhere and in this space we review the most important casualties.