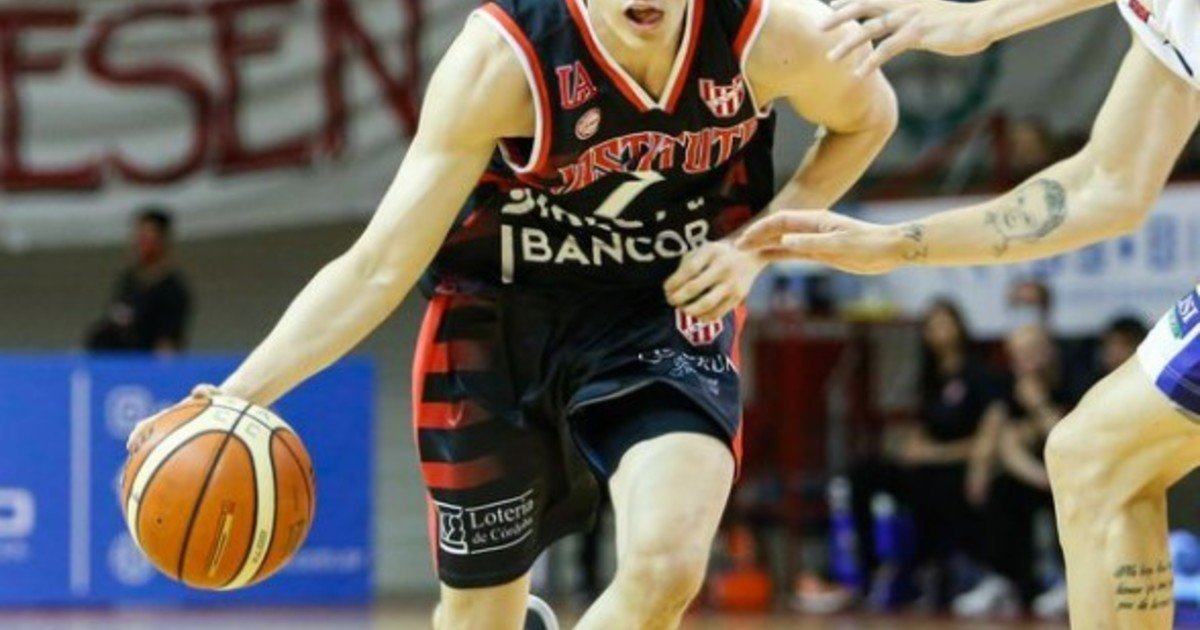 Gastón Federico Elías, 22, is part of the Instituto de Córdoba’s professional basketball team and is targeted by the Justice for an incident that occurred on Thursday night, in which a 17-year-old girl was attacked seconds after speaking with the athlete and lost one of his legs.

Elías decided to appear this Friday in Courts 2 in the middle of the investigation. The girl She reported that before being run over, she was harassed by the basketball player and her friends.

The “La Gloria” player was driving a Volkswagen Amarok that stopped at the scene moments before Milagros, the young woman, was attacked by a car that would have made a maneuver to avoid the apparently badly parked truck, according to the girls’ account, which reproduces The voice of the interior.

The young women also denounced that the people who were aboard the van were harassing them.

The Amarok the basketball player was on. Photo ElDoceTV

The incident occurred at the corner of Avenida General Paz and Huberto Primo, at the entrance to a well-known service station. The young women were awaiting the arrival of a remís to return home after having attended a foursome dance.

For the case, it is imputed the driver of the car that rammed Milagros, while the Justice investigates his responsibility, at the same time that new accusations are not ruled out.

“We stopped and asked them if they were going to do something. They told us no. At that moment I start and then I hear the braking. In that moment of shock, the first thing I do is manage to stay. From the shock the other boys said to go away. And I accelerated. The situation left me moved, shocked “, said Elías in dialogue with the The Twelve TV.

“We got the advice of a lawyer. The lawyer told us that they were going to arrest us, that there was no need to show up at that time. Hours passed until we went to Dr. Carlos Nayi, “he added from Courts 2.

Regarding the accusations of harassment, Elías specified that the players from Instituto Cristián Amicucci (36) and Federico Pedano (20) were also on board.

“No, there was no harassment. We asked them if they were going to do something. They told us no and we automatically left ”, he highlighted and said that he and his group of friends came from another bowling alley.

What’s more, He denied that the truck had made any sudden maneuveringthat it could cause a loss. “There was no sudden braking, it was progressive,” he clarified.

Finally, the player from Bahía Blanca expressed his solidarity with the Milagros family and said he was “Totally sorry” for what happened.

“I want to send a message to Milagros’s family. We are there for what they want and need. My family came to support me. For us it is not easy and I know that for them, less ”, he maintained.

“Know that I am totally sorry and for whatever you want I am going to be. I knowbread they count on us“, Hill.

For its part, the Club Atlético Instituto reported that in the next few it will take measures for the situation of Gastón Elías.

A high school basketball player, involved in a confusing accident in which a young woman lost her leg