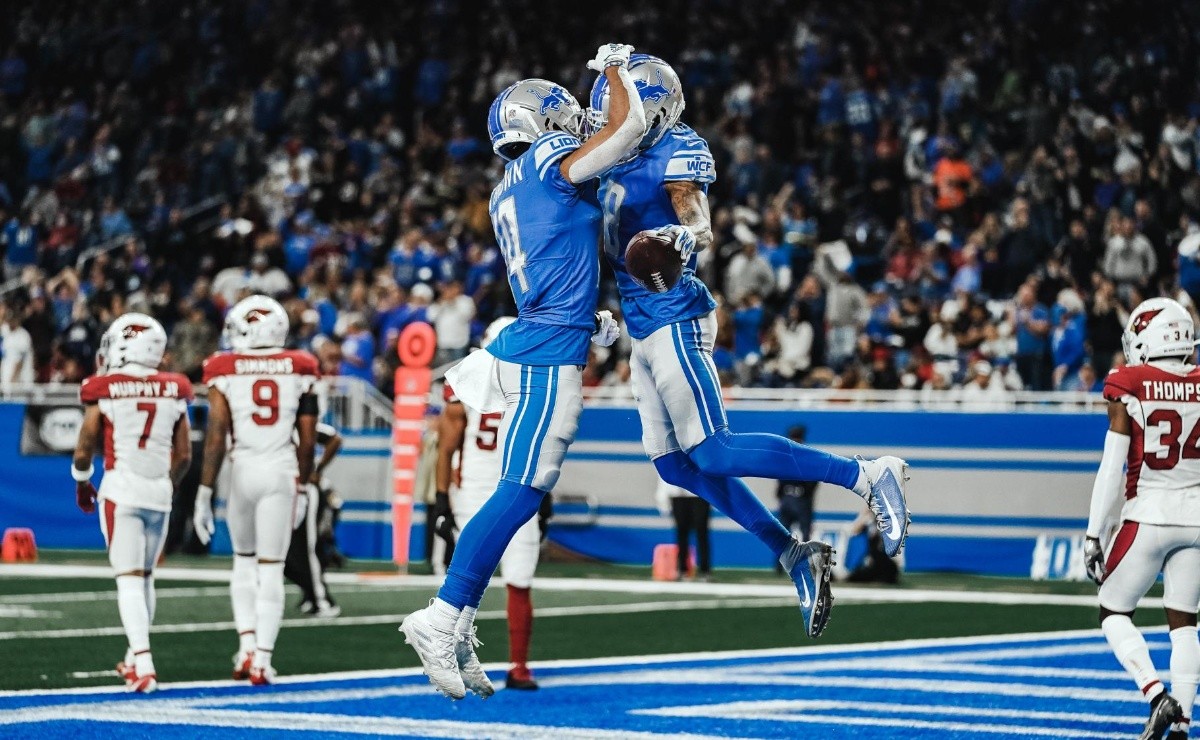 Detroit, United States.- The surprise of the 2021-22 season of the National Football League (NFL) was made by the Detroit Lions franchise after crushing by an outstanding score of 30-12 to the Arizona cardinals, one of the best in the National Conference.

This duel reflects when an opponent belittles his opponent before the start of their next match. The red birds, along with the Dallas Cowboys, are the best franchises in the National Conference (10-4), below the North champions Green Bay Packers (11-3), who in this field was necessary to think about dominating the West but he simply failed to undervalue Detroit.

Cardinals was frozen in the first half of the commitment and by a tough 17-0 deficit, by two possessions and a field goal, distancing the possibility of winning their first playoff berth since 2015. That celebration will have to wait a little more.

Jared goff was motivated for this game that in 60 minutes he had his personal best record a total of 216 yards for three touchdown passes. While Killer Murray It wasn’t fine at all, barely hitting a 26-yard pass to Christian Kirk for Arizona’s only touchdown in the fourth quarter of the game at Ford Field. He finished with 257 yards.

On the other hand, Detroit was not bored of playing with Arizona that in the third episode Amani Oruwariye intercepted Murray for a spectacular return through the left trench. Jason Cabinda scored and extended the lead on a 1st and goal for an overwhelming result.

The best man of the visitors was the kicker Matt prater by inserting the two field goal attempts he had in the game, curiously each at a 29-yard interval. Riley patterson Detroit needed three of three, the best shot of 47 yards.

The defense of the Lions annulled the very strong attack of the Cardinals who will have to clearly analyze this defeat, the hardest of their recent presentation in the NFL. They will remain with 10-4, still leaders of the West of the National. Detroit may already be at peace after this superb feat at home. They will be with 2-11-1.