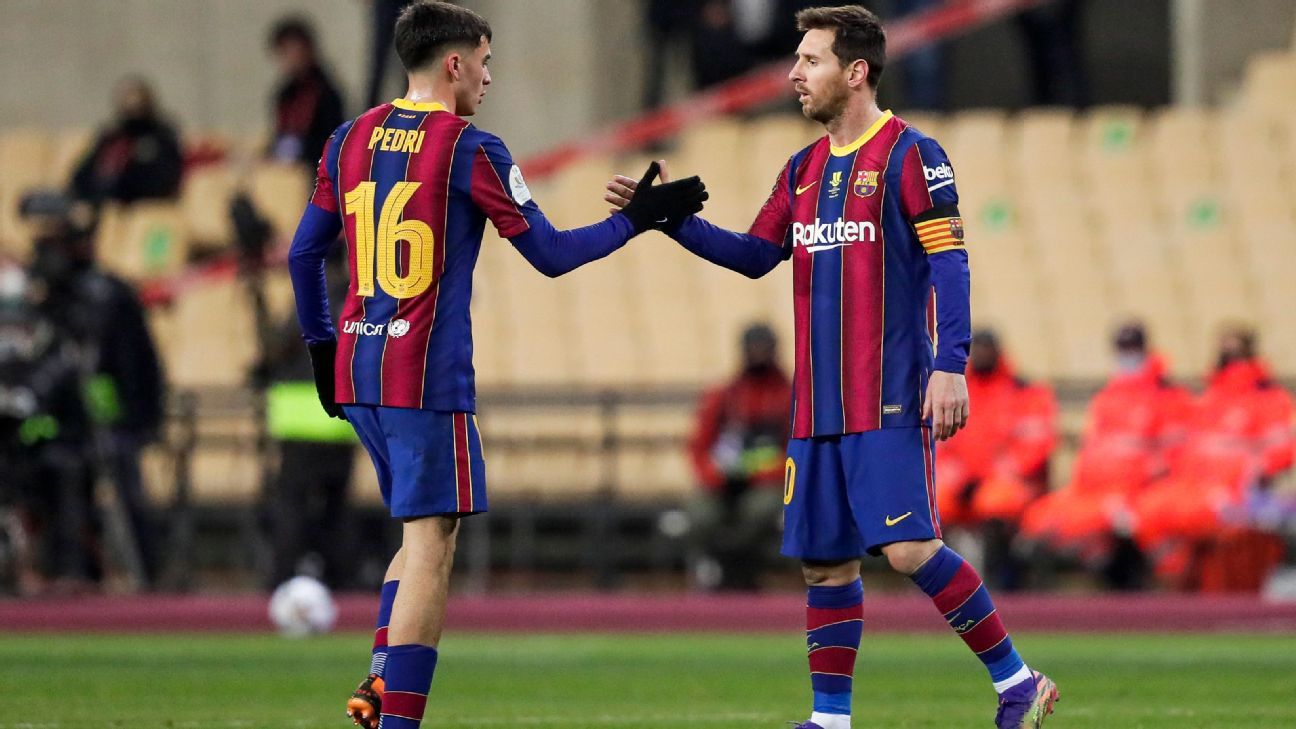 BARCELONA – Ronald Koeman, waiting for Leo Messi and attentive to the dreaded wear and tear that Pedri suffers in Japan with the Spanish team at the Olympic Games, is shaping a Barcelona that still has to resolve its final squad but in which a piece comes to the plane indispensable: the companion, as a decisive player, the eternal leader and the confirmed young man.

Beyond the role that Frenkie de Jong is understood in the center of the field, the challenge is to accompany Messi and Pedri, in attack, as an indisputable footballer.

Indisputable in the completion, in the overflow, in the combination, the uncheck and the accompaniment. The player who can round out the offensive idea of ​​the Dutch coach, who has a choice …

In the foreground comes Memphis Depay, who already left excellent sensations in his debut against Girona; He is accompanied by ‘Kun’ Agüero, Griezmann maintains his expectation, Ansu Fati is eagerly awaited and Ousmane Dembélé remains the usual unknown.

Called to be transcendental, arrived with the letter of freedom from Olympique de Lyon, he does not have the media character of the monumental Haaland or Mbappé, nor does he have the same profile and he is probably not that footballer who makes the difference … But in his presentation already showed that he is not a simple filler player.

Strong, fast, intelligent and determined, he is endorsed by his scoring ability shown in France, his ease of association and the determination with which he seeks the shot on goal. Koeman focused his position on the Netherlands national team and can adapt to both the nine and the two attacking wings.

Footballer with a superb past, his performance in the short and medium term is now unknown. He comes from a little less than testimonial last season at Manchester City, weighed down by his knee injury from which he is supposed to have fully recovered …

A close friend of Messi, the challenge for the Argentine is to show that he is much more than that to gain the trust of Ronald Koeman and a certain continuity at the attack point. In his favor he has that indisputable scoring nose, against the fact that he does not have so much versatility. And among all this, the feeling of doubt: it could be a signing, free, magnificent or far from expectations.

“The important thing is that he recovers well.” The phrase is from Koeman, said, proclaimed and repeated, both publicly and privately because at Barça talking about Ansu Fati provokes maximum caution considering that injury he suffered in November 2020 and that still maintains him after eight months on the couch.

If his emergence in the 2019-20 season was magnificent, his confirmation in the first two months of 2020-21 was excellent and it is taken for granted that as soon as he is physically ready, he is called to be a fundamental player in the team’s schemes. blaugrana.

Forward who adapts to any attack position, dizzying and with good scoring ability, fast, daring and tireless in pressure, the club is seen as one of the leaders of the future alongside Pedri.

Without taking his continuity for granted, not closing the door the club to a possible transfer that would greatly alleviate the accounts, sportingly Ronald Koeman has already made it clear that he has him. The Frenchman has responded but has not exploded, having to get used to a secondary role in the shadow of Messi in his first two years, relocated more in the band and responding with determination.

If the 4-3-3 is imposed as a system, it will start at a disadvantage but its performance, dedication, work capacity, association and good sense of smell (19 goals last season) make it take into account. Griezmann, in addition, has already shown that he is not an athlete who gives up easily and it is suspected that it is very risky to leave him in the background. As long as he stays at the club, of course …

The injury he suffered during the Eurocup and that will keep him away from the fields until the month of November causes, once again, that it is a mystery. Even more so when Barcelona is debating between completing its renovation or selling it (almost impossible now and at a ridiculous price, it would be supposed, in January).

Anarchic, fast, irregular and special, he is a player to the liking of Ronald Koeman, the coach who got the best out of him, but we will have to see the situation of the team in November and if he is able to make up for lost time depending on the performance of his attack partners.

It would be a major surprise if the official season begins with Barça, who are looking for a transfer that the player himself already knows and accepts, even if publicly his intention is to remain at the club. In the orbit of several Premier League clubs, his representative was furious when he learned of Jorge Mendes’s negotiations with Wolverhampton and set out to find out the options that are presented to the player.

Braithwaite would fulfill the profile of substitute at Barça for certain moments in the role of center forward with a lot of mobility, but with the arrival of Agüero and Depay his role would be suspected practically testimonial.

Promoted from Barça B, which he already warned in the first person that he has no intention of returning, Alex Collado does not have, however, his permanence in the first team assured. A player of indisputable quality, good ball handling, excellent association and dribbling, Koeman barely took him into account last season, not even playing for a minute.

With a good arrival from the second row and adaptable to the extreme, he has always been very well considered in the quarry … But it does not seem, at first glance, that he has a special affection on the part of the coach.

The surprise is called Yusuf Demir. Nicknamed ‘The Austrian Messi’ and arrived on loan from Rapid Vienna to reinforce the second team, the intelligence and daring of the 18-year-old footballer has dazzled Koeman, who gave him the title in the first two games of the preseason.

He is called to start the season with the subsidiary, but at the Barcelona Sports City no one rules out that the coach will turn him, who knows, into a new Pedri.