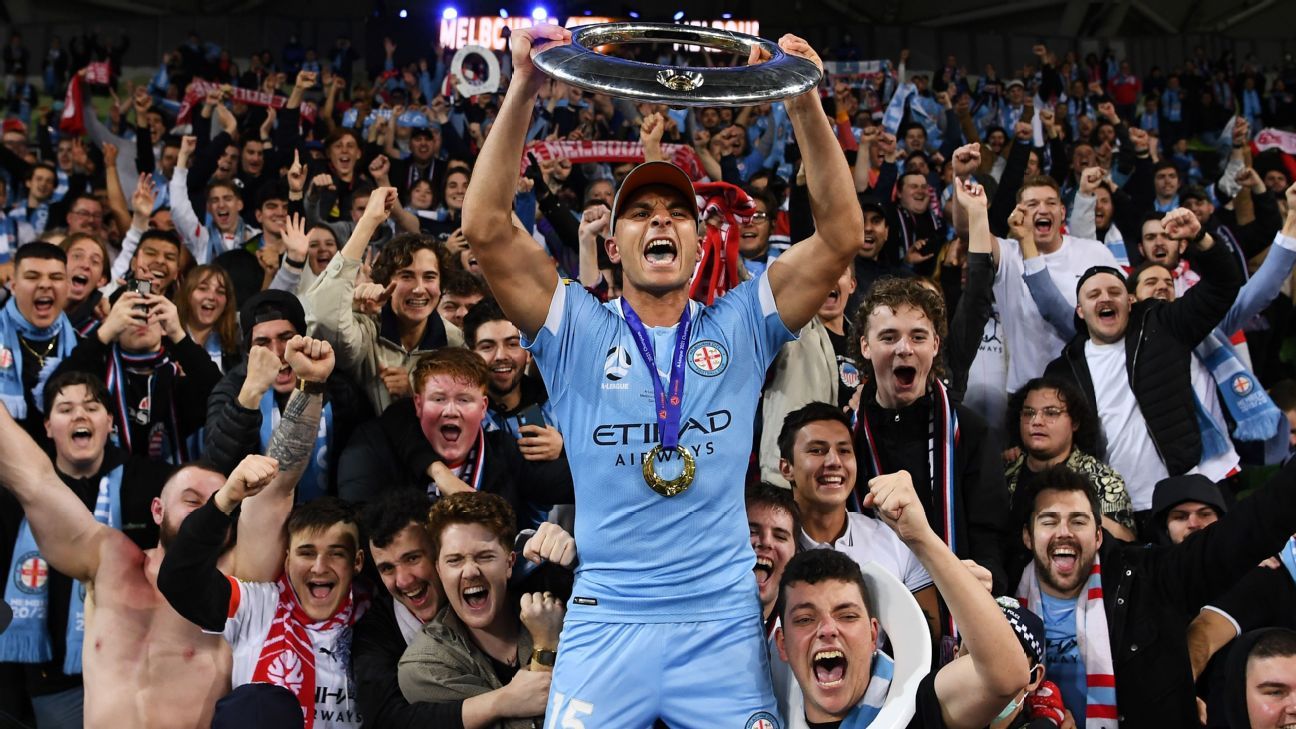 Let our word of congratulations go to Melbourne City, who won this Sunday in the A-League Grand Final, thus raising their first Australian championship.

This means that the City Football Group (CFG), which owns various football clubs around the world, can now boast of having three reigning league champions in three different countries.

Mumbai City were the first CFG-owned club to be crowned champions in 2021, having secured their maiden Indian Super League title last March with a decisive win over ATK Mohun Bagan.

Manchester City followed shortly thereafter, claiming Premier League champions by a wide margin over their rivals, before Melbourne City completed the treble over the weekend.

From the United States to Uruguay, CFG currently owns part or all of a portfolio of clubs spread throughout the world. Many of his investments are already beginning to be successful on the court.

Next, we review the results obtained by all the clubs covered under the CFG umbrella since they were acquired by the company based in the United Kingdom and shareholders linked to Abu Dhabi.


CFG’s flagship club has undergone a dramatic transformation since its acquisition by Sheikh Mansour and the Abu Dhabi United Group finalized its acquisition in 2008. Officially, the CFG entered the City scene following the group’s creation shortly before the campaign started. 2013-14. The club lifted the Premier League championship in its first season, followed by three other titles (2017-18, 2018-19, 2020-21) under Pep Guardiola; apart from a vast number of domestic goblets. However, the Cityzens are still waiting for European glories, although they played their first Champions League final in 2020-21, losing in a close match against Chelsea.


Although the City women’s team has existed since the late 1980s, its official affiliation with the club was not finalized until the Abu Dhabi Group sheltered it under the same roof in 2012. Following the acquisition by CFG, City Women won their first major trophy (the FA Women’s League Cup in 2014), before falling short of the league title in 2015. By then, they had established themselves as a major force and lifted their first WSL title in 2016, before to be runners-up in all the seasons played since then. In addition, the Cityzens have won the Women’s FA Cup three times, specifically in 2016-17, 2018-19 and 2019-20.

Okay be honest City fans, how many times are watching this between now and the start of next season? 😅#CmonCity | #MCYvSYD | #ALeagueGF pic.twitter.com/CrRnpY4iAk

The CFG began their association with Melbourne City in 2014 when they signed a joint-ownership agreement for the club (then called Melbourne Heart) with the Melbourne Storm rugby league franchise. A year later, the CFG acquired the shareholding of the Storm assuming full control of the club, changing its name to “Melbourne City” and the colors of its jersey, from red and white stripes to sky blue.

Since then, the A-League club has been the regular season leader and prevailed in the 2020-21 season finale, apart from the 2016 FFA Cup.

The women’s roster was formed in 2015 and backed by an infrastructure superior to that of most of its more established rivals, it took the W-League by storm, winning two Premierships and four championships between the 2015-16 and 2020 tournaments.


Mumbai City was formed in 2014 and participated in the inaugural season of the Indian Super League that same year, although it struggled to be competitive, eventually finishing seventh in a league made up of eight teams. However, thanks to the support of the CFG, City’s fortunes have improved year after year to the point of securing their first Indian Super League title on the seventh attempt. City earned the league honors by beating rival ATK Mohun Bagan on goal difference before beating the same squad 2-1 in the grand final, claiming the championship last March.

Girona FC was founded in 1930 and already had a long history under its belt before the CFG acquired a stake in the summer of 2017, shortly after the club sealed its first promotion to La Liga de España. At that time, ownership of the club was shared between the CFG and a consortium led by Pere Guardiola, a footballer’s agent and brother of Pep, manager of Manchester City.

Unfortunately, Girona could not remain in the first division for long and were relegated to Second division again on the last date of the 2018-19 campaign.

Watch the wildest finish of the @MLS season as your Boys in Blue come back from a goal down to take all three points at the death 🎥 #NYCFC pic.twitter.com/GluyoMHspq

New York City, originally created in partnership between Manchester City and the New York Yankees of Major League Baseball, was announced as an expansion franchise in May 2013 and two years later began competing in MLS.

The two City have maintained a close working relationship, exchanging players and coaches over the years. However, despite once having a squad that included players of the stature of Andrea Pirlo, David Villa and Frank Lampard, NYCFC has yet to enjoy the same level of success as their English colleagues, making the playoffs multiple times, although they have never gotten close to the championship.


CFG, in partnership with automaker Nissan, acquired a stake in Japanese club Yokohama F. Marinos in 2014. Since then, Marinos have been crowned J1 League champions on one occasion (2019), their first trophy in any competition since lifting the Emperor’s Cup in 2013.


In April 2017, the CFG acquired Club Atlético Torque and quickly proceeded to alter its name to include the familiar “City” brand. The Montevideo-based club’s rebirth coincided with its promotion to debut in the Uruguayan First Division in 2017-18. However, he finished the campaign in the relegation zone and fell again in the Second Division, although he managed to make the leap again and win the league title in the 2018-19 season.

Far from having problems, Torque finished in a respectable third place in the Apertura and Clausura tournaments of the 2020 First Division season, aided in great measure by its novel training complex dubbed Montevideo City Football Academy.

The CFG acquired a stake in China’s third division Sichuan Jiuniu in February 2019, defining its promotion to China League One (second division) prior to the 2020 season.

In May 2020, the CFG became the majority shareholder of the Belgian club Lommel, which competes in Primera B; that is, in the Second Division. As a result, Lommel became the ninth club to join the CFG, finishing third in their first league campaign as part of the City family. Subsequently, he ended up in the basement of the 2019-20 tournament table. The Belgian club’s technical director is Liam Manning, who previously served as director of the New York City academy until the summer of 2020, leaving one club owned by the CFG for another.

The tenth and most recent of the clubs included in the portfolio. Troyes became the property of CFG when the group acquired the shares that belonged to former owner Daniel Masoni in September 2020. The French club spent the 2020-21 season in the second division, although it will play first against teams of the stature of Paris Saint -Germain and Lyon next year, after having concluded the season by crowning Ligue 2 champions.