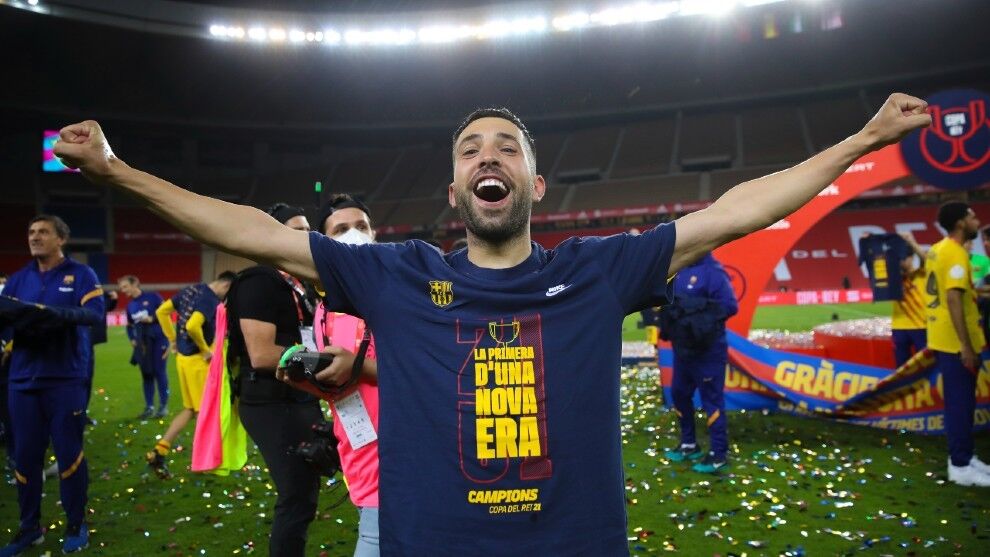 Jordi Alba He is one of the most sought-after players in the cul locker room. Undisputed holder with the Barcelona And with the Spanish national team, he is a coveted piece by many great teams on the continent. But despite calls from other entities, the soccer player from L’Hospitalet it is clear that it is not going to move from Camp Nou. It does not matter which block I ask the Bara for him: he has a contract until June 2024 and he is determined to fulfill it. Nor does it stop to attend to the offers.

The Barcelona wants to lighten, and rejuvenate, its staff and in the club there are some executives who have named Jordi Alba, 32, on the table because of his high contract. But the technicians, on the other hand, bet on its continuity. His arguments leave no room for doubt: he is an indisputable headline in the Bara and in the selection and it is difficult to find a replacement on the market that is up to par and that have an affordable price for the malnourished coffers culs. In fact, recent attempts have failed, as is the case with Jnior Firpo. One of the names that has been on the table for a long time is Valencian Gay, but although the set that wants to transfer you, It is an operation that at the moment, due to their financial situation, in the offices which they cannot undertake.

Jordi Alba links nine seasons in the Camp Nou, where he has won 16 titles. He returned to the cul discipline in the summer of 2012 and since then he has been a fundamental man in the scheme of the different coaches who have passed through the Barça bench. This season, for example, he has participated, among all competitions, in 49 games, has given 15 assists and has scored five goals.

In recent seasons, many clubs have called the Barcelona asking for him. The past, the City and PSG, among others, showed interest and now the Inter his signing is considered. In the Camp Nou they are willing to study his exit, and believe that he may enter into some exchange operation, but the left-back does not want to move. He has a contract until June 2024 and he does not want to leave. He renewed for five campaigns and has the firm will to be in Barcelona until the conclusion of the link. He is happy in the Bara, where you feel valued and loved and where you would like to retire. The Catalan club must seek income or barter with other footballers.

Neto, Junior Firpo, Umtiti, Braithwaite, Coutinho, Matheus... they are players that the entity sees as good to start. The technicians are scouring the market and contacting different clubs to lighten the locker room, but the conversations are going slower than expected.