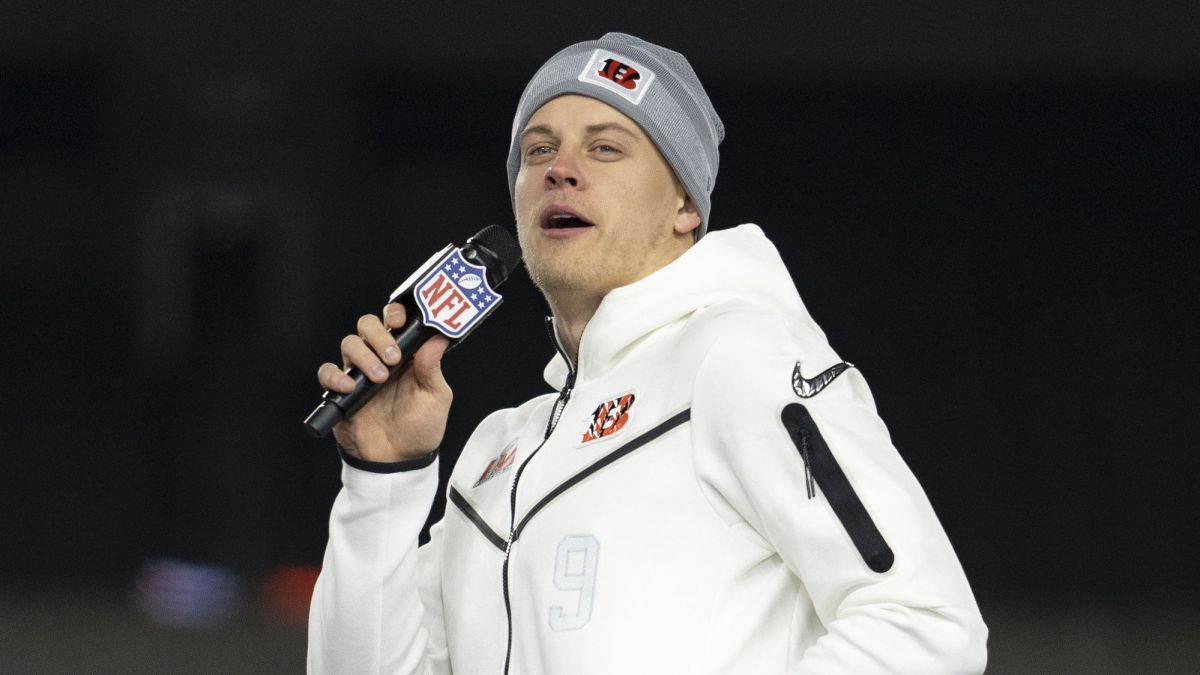 The feat of Joe Burrow Leading the Bengals is no easy feat. The 25-year-old quarterback led Cincinnati to its third Super Bowl and could become the quarterback who hands the organization its first Vince Lombardi Trophy. Achieving the goal seems unlikely, but nothing is impossible for the Iowa QB.

From his earliest years, Burrow (born December 10, 1996 in Ames, Iowa) deeply knew the entrails of football. Jim Burrow, father of the now Cincinnati member, he was a defensive back with seven professional seasons (only one in the NFL) and during the QB’s childhood he served for the universities of Nebraska, North Dakota State and Ohio.

It was during his time with the Bobcats, that Joe Burrow entered high school in Athens, Ohio, where he trained under Nathan White. But the passer was not only limited to playing football; Jim revealed that he showed aptitude in basketball and baseball.

With the Athens Bulldogs Burrow did not go unnoticed and in three campaigns he accumulated 11,146 yards, 157 touchdowns, plus the first seven playoff wins in school history.

Given such credentials, it didn’t take Ohio State long to lay eyes on Burrow and the quarterback committed to the Buckeyes.

From banking to stardom

Under Urban Meyer’s tutelage, Burrow failed to flourish. After being inactive in 2015, he served as JT Barrett’s backup for two seasons and for 2018, before the appointment of Dwayne Haskins as Ohio State’s starter, Burrow made the most important decision of his career so far: transfer to LSU.

In Baton Rougue, almost a thousand miles away from the Buckeyes and sheltered by Ed Orgeron, Joe Burrow showed his talent. In his first season with the Tigers, the program was the sixth best in the nation and in 2019 he proved Meyer wrong.

YOU MAY BE INTERESTED: Joe Burrow did not want to be a quarterback

In his last year, Burrow had a year for history with LSU, after winning the Heisman trophy and crowned his time at the university with the national title by defeating Clemson in the NCAA Championship Game ─the school’s first title in more than a decade. In total, with the University of Louisiana he registered 8,565 yards, 76 touchdowns and 11 interceptions.

to prove its value

With that landmark year at LSU, Burrow’s dividend going into Draft 2020 grew to the point that the Bengals drafted him with the first overall pick in the draft. Of immediate impact, the rookie QB’s campaign was cut short earlier than expected by a ligament injury in his left knee that sidelined him for the last six games of the season.

In his second year as a pro, Cincinnati complied with Burrow’s demand and recruited Ja’Marr Chase, the quarterback’s former teammate during his time at LSU. The 2021 season was also conjunctural for Burrow, who in addition to leading the Bengals to their first division title since 2015 took them to the Super Bowl for the first time since 1988.

Joe Burrow seems destined to make history with the Bengals