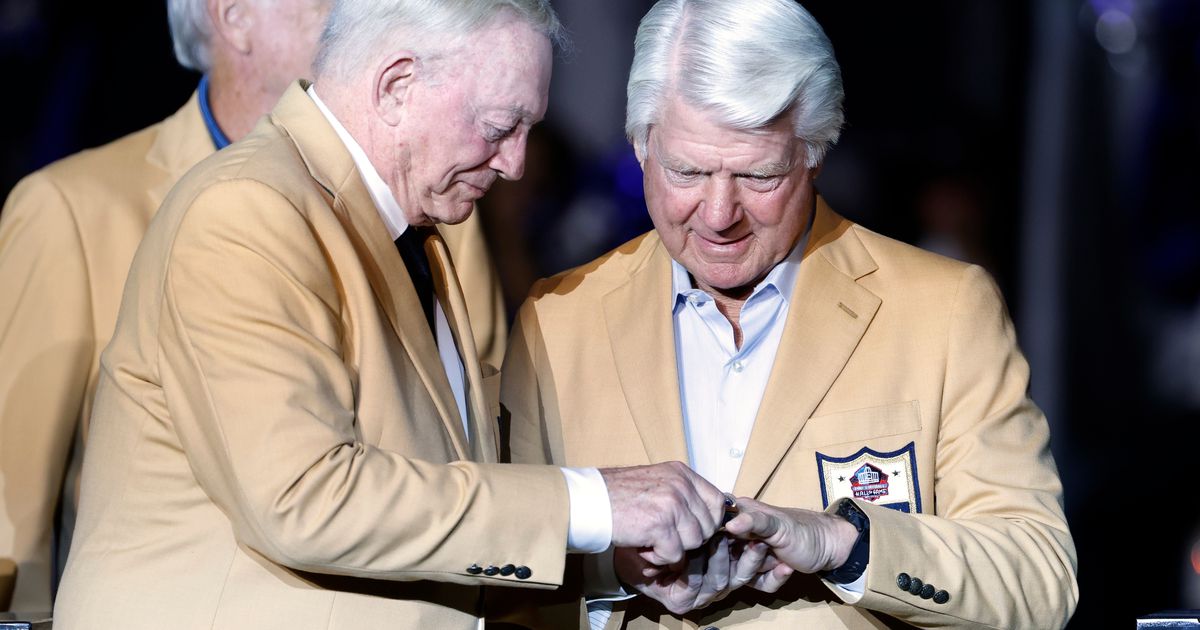 The occasion warranted it, the former Cowboys coach was inducted into the NFL Hall of Fame last August, although his name still does not appear on the Ring of Honor of the stadium that Jerry Jones built.

Jones became owner of the Dallas team in 1989 and his first decision was to hire Johnson as his head coach.

During his time in Dallas, Johnson transformed the team into a dynasty and went on to win two Super Bowls in a row, in 1992 and 1993.

Despite the sporting success, the relationship between Jones and Johnson was not the best as their egos collided frequently.

Jones, also the team’s general manager, was suspicious that Johnson would take all the credit for his wins on the field.

Jones wanted his work recognized for having been the architect of the power that brought Troy Aikman, Emmitt Smith and Michael Irving to Dallas.

The tense situation led to Jones and Johnson getting divorced after winning the Super Bowl in 1993 and their long reconciliation process began since then.

Almost three decades later, both characters agreed that it was time to forget the quarrels of the past.

Jones and Johnson are 78 years old, it was time for both of them to forgive.

This is how we come to the game of Week 3 of the 2021 NFL season between Dallas and Philadelphia at AT&T Stadium.

At the Monday night game, broadcast nationally on ESPN, the former Cowboys coach, as well as Cliff Harris and Drew Pearson were honored to celebrate their induction into the Hall of Fame.

The 80,000 spectators who packed the stadium gave Johnson a thunderous standing ovation when his name was mentioned along with the other two team legends.

Visibly moved, Johnson thanked the audience for their displays of affection and then shook hands with Jones, who placed the Hall of Fame ring on the ring finger of his left hand.

Reconciliation finally came between these two men whose time slips out of their hands as if it were the last two minutes of the most important match of their lives.