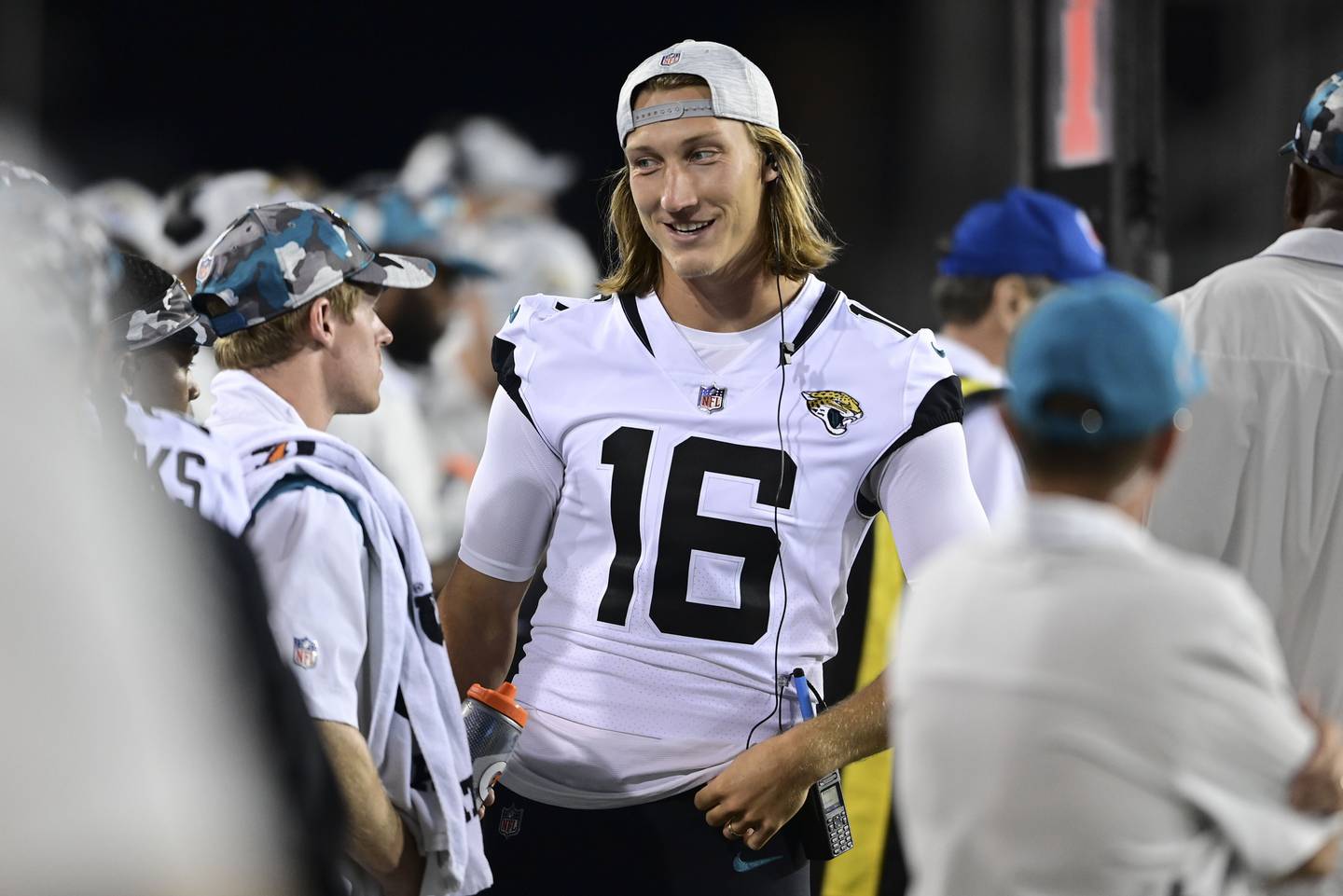 Santa Clara, Calif. — The performance didn’t come close to the noise that the 2021 class of quarterbacks produced.

Quarterbacks had monopolized the first three at-bats overall, something that happened for only the third time in draft history. Five were chosen in the first round for the fourth time in history.

Thus, expectations were high for Trevor Lawrence and company.

But whether it was lack of opportunity, insufficient support or the normal struggles of a rookie, the six first-year quarterbacks who made multiple starts last season were rather disappointing, save for New England’s Mac Jones and Davis Mills. , of Houston.

Heading into his second year in the NFL, there’s another chance to answer the forecasts for all six: Lawrence at Jacksonville; Zach Wilson with the Jets; Trey Lance in San Francisco; Justin Fields in Chicago; Mac Jones and Mills in Houston projected to be starters, the generation will have a chance to live up to the hype. All are outlined as holders.

“That’s the goal: to make a significant jump in the second year,” first-year Jaguars coach Doug Pederson said of Lawrence. “I think he can build on what he did last year, the fact that he played the whole season. We can build on that and hope there is no limit.”

Sharing the same goal are New York, Chicago, New England and Houston, where their rookies have started at least 10 games, marking the second time five rookie quarterbacks have reached double digits in starts since the leagues merged.

Here’s a look at what to expect from the six quarterbacks who, as rookies, started at least 10 games last year:

Lawrence entered the NFL as the most credentialed prospect at the position since Andrew Luck in 2012. The results didn’t go his way for playing in the NFL’s most dysfunctional franchise with Urban Meyer as coach and a roster with plenty of holes.

He struggled at times in 2021, finishing with 12 touchdown passes and 17 interceptions and going 3-14 as a starter. He incurred nine fumbles, had lots of passes dropped (33) and struggled with sacks (32), constant pressure and a porous defense that forced him to play behind many times.

“I lost a lot of balls last year. I think it’s important to find the balance, be smart and put the team in the best position to win,” said Lawrence.

Wilson had a rough start as a rookie. He struggled with the adjustment of playing behind a powerful offensive line at BYU and then entrusting himself to one with many holes at the Jets.

Wilson was last among qualifying quarterbacks in passing rating (69.7) and completion percentage (55.6%), but he feels those numbers will improve with more confidence.

“When you understand where to go with the ball and you’re confident and you understand the offense you can be precise because you know what you have to do.”

Lance had the least playing time as a rookie of the class, starting only two games when starter Jimmy Garoppolo was injured. But in San Francisco they did not hesitate to give the keys of the offense to Lance, who brings his ability as a running back and a powerful arm to extend the field.

And Lance has the best situation with a roster loaded with key players at important positions who made it to the NFC finals.

“Last year I was definitely in a different position mentally,” Lance acknowledged. “I feel a lot more confident, knowing what I’m doing and knowing the offense better.”

Fields went from a very powerful team in college with Ohio State to an NFL team with many deficiencies in the offensive line, receiving staff and scheme. This was reflected in results when he completed only 58.9% of his passes with a rating of 73.2 in Chicago.

He believes that so much suffering will be rewarded with a teaching that he can build on with a new staff of coaches led by Matt Eberflus.

“I don’t like to fail, but you have to be able to bounce back and know how to get back into that state of mind to break it.”

The most successful rookie last season was the fifth overall pick in the first round. It helped a lot to fall into the more stable situation with a solid team and a strong coaching staff, led by Bill Belichick and offensive coordinator Josh McDaniels.

McDaniels is gone, and Jones is ready to shoulder more responsibility than he did last year, in which he won a game despite only throwing three passes on a windy night in Buffalo.

“He has made tremendous progress. He did a great job last year, but now he’s much further along than where he started. He has made significant progress.”

Mills was a pleasant surprise as a rookie after being picked in the third round. He took over the starting job in Week 3 and showed ability and promise in 11 starts for a team like Houston. He threw 11 touchdown passes and just three interceptions in his last six games, including back-to-back wins in December over the Jaguars and Chargers.

“I think I have developed a lot since the end of last season. I think I feel the progress and I carried it into the offseason and started playing really fast in training camp,” Mills said.

Generation of quarterbacks looks for more success in its second year