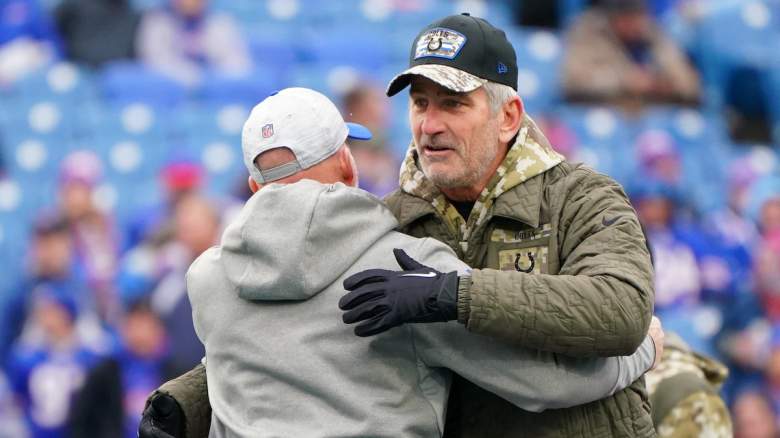 The Indianapolis Colts signed veteran Eric Fisher at left tackle following the retirement of Anthony Castonzo last season. If the Colts take the veteran approach again at left tackle and don’t re-sign Fisher, there’s an option that fits the bill.

“Teams that need offensive tackle help are running out of veteran options,” Knox wrote. “At 36 years old, Duane Brown is not a long-term play, but he can be a reliable starter for a season or two.

“Brown started all 17 games for the Seattle Seahawks last year, and although he allowed eight sacks, according to Pro Football Focus, he ended up with a Pro Bowl nomination. He is a five-time Pro Bowl player and also started all 16 games in 2020.”

Brown will turn 37 in August. In addition to five Pro Bowl appearances, including most recently last season, he was a first-team All Pro in 2012.

How Duane Brown fits in in Indianapolis

Without Fisher in Indianapolis, the Colts don’t have an obvious starting left tackle currently on the depth chart. That’s a bit of a problem considering the team’s Super Bowl window is small with 37-year-old future quarterback Matt Ryan.

Obviously, the Colts would probably prefer to fix left tackle long-term, but a plug-and-play option for 2022 isn’t a bad idea.

Brown is more than five years older than Fisher, but could potentially improve the Colts’ offensive line in the short term.

“The Colts need to protect new quarterback Matt Ryan, and Brown is a great way to help do that,” Knox wrote.

Spotrac reports that the Colts have $21.7 million left in salary-cap space, but some of that money will go to recently signed defensive backs Stephon Gilmore, Rodney McLeod and Brandon King.

All added in the first half of April, what those three players will count toward the 2022 salary cap has yet to be revealed.

Other left tackle options for foals

While it makes sense for the Colts to consider Brown, the team seems happy to go in another direction.

Indianapolis general manager Chris Ballard praised swing tackle Matt Pryor on The Pat McAfee Show on March 22. The Colts re-signed Pryor to a contract worth more than $6 million for 2022 this offseason.

“Matt Pryor played really well for us this year, and I think people ignored him,” Ballard said. “Even against the Raiders, when you go back and watch the Raiders game, he stood out at left tackle, so we’re going to give him the first opportunity.”

Including against the Raiders, Pryor started five games in 2021. Indianapolis acquired him in a trade with a seventh-round pick from the Philadelphia Eagles for a sixth-round pick.

It has also been popular in the 2022 NFL mock drafts for the Colts to draft an offensive tackle.

For added offensive tackle depth, the Colts signed Brandon Kemp to a one-year deal worth $705,000 on April 15.

While Brown is another obvious addition for the Colts, the team has yet to express genuine interest.