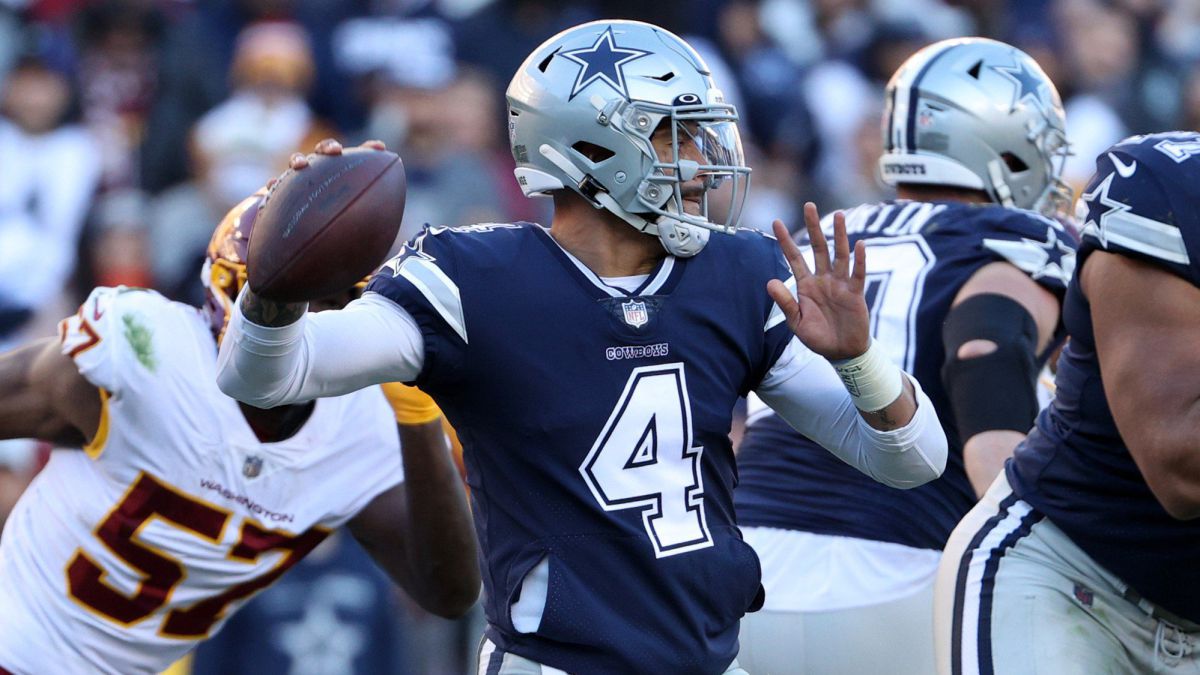 Jerry Jones, owner of the Dallas cowboys, considers that the low level of production of Dak Prescott is one of the main reasons; but nevertheless, the quarterback responded to the owner’s criticism after finishing training Thursday.

“I know that I am not playing in the best way. You could say I’ve made bad decisions. I don’t think it’s low production, just I know I’m not playing up to my expectations. When you play at such a high level, that’s what you believe, ”he declared to Rob Phillips, of DallasCowboys.com.

Rest of Dak’s answer: “I wouldn’t say it’s ‘slump’ material, but definitely not up to my standard and expectations. And when you play at a high level, that’s what you create.” https://t.co/vMOia7kfpq

The Dallas Cowboys have lost three of the last six games played in the 2021 NFL season. Last week, they beat the Washington Football Team, but it was their defense that took the spotlight and not their star quarterback.

Prescott threw for 211 yards, a touchdown and two interceptions after completing 22 of 39 passes and was sacked four times. One of his passes intercepted and returned for a touchdown by linebacker Cole Holcomb.

In 2021, Mississippi State’s product has 3,381 passing yards, 24 touchdowns and 10 interceptions. On the ground, he accumulates 106 yards and a touchdown after running 374 times.

The game between the Cowboys and the Arizona Cardinals on January 2, 2022 it was scheduled to be played at noon Central time. However, the NFL announced that the Week 17 game will be played at 15:25, downtown time. This game will have playoff implications since, at the moment, the Cowboys lead the NFC East and the Cardinals the West division.

Dak Prescott: I’m not playing up to my expectations