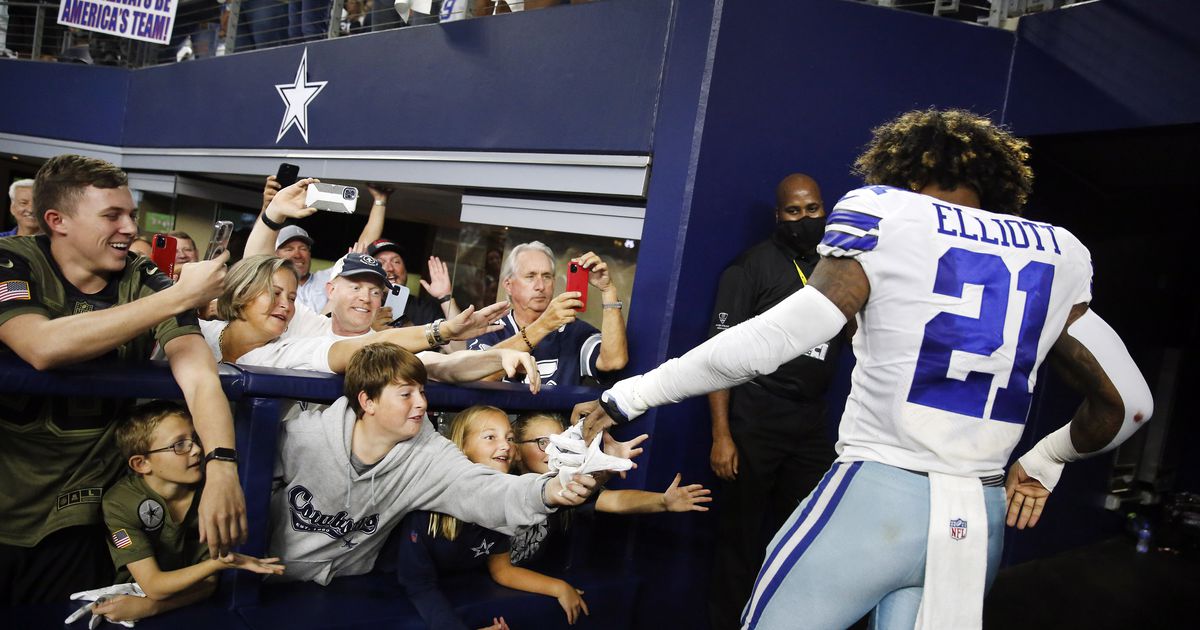 One of the keys to the Cowboys’ success this season has been the support of their fans in their games at AT&T Stadium and their winning record in the home that Jerry Jones built.

Dallas has gained more than they have lost since moving into their Arlington palace 12 years ago, but they haven’t been particularly dominant.

This season’s team is looking to change that dynamic.

Dallas is 5-2 at home this season.

Green Bay (7-0) and Tampa Bay (6-1) are the only teams in the conference with a better record.

But it is not just about the number of victories but about the rivals they have beaten.

The Cowboys’ 56-14 victory over Washington last Sunday was not an aberration.

Dallas won all of its home games against division rivals.

The Cowboys edged Washington, New York and Philadelphia by a total score of 141-55 at AT&T Stadium.

Dallas won each of those games by at least 20 points and scored a defensive touchdown in all three.

There was a sense of euphoria among the 93,482 fans at Sunday night’s game that went beyond the epic beating.

“It felt good to be back home after a long period of road games and traveling,” said rookie linebacker Micah Parsons.

“Being back home and feeling the energy of the fans makes you go the extra mile.”

The Cowboys had last played at AT&T Stadium on Thanksgiving, 31 days away from home at this stage of the season is an eternity.

“The atmosphere felt like it was the playoffs,” quarterback Dak Prescott said.

Dallas has scored 40 or more points in a game four times this season. They have all come home.

The Cowboys have averaged 38.4 points at home this season, nearly 15 points more than they averaged on the road.

The offense found the end zone six times Sunday night, a promised land they reached only four times in the first three games of the month on their road trip.