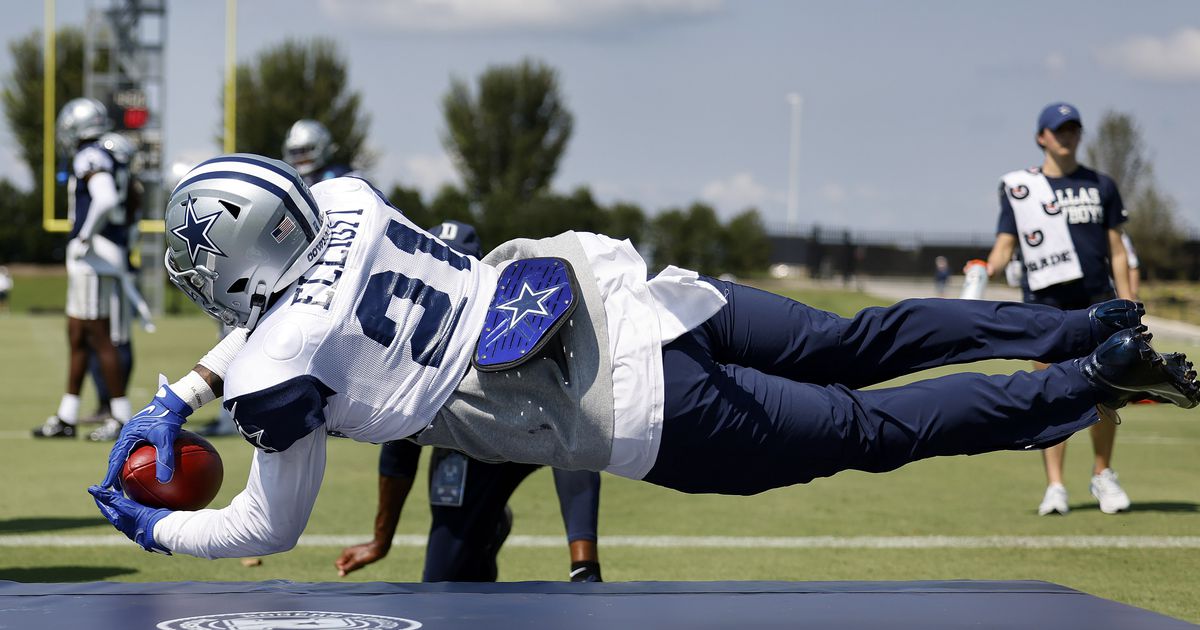 The first time coordinator Kellen Moore stood in front of the Cowboys offense this offseason, his message was simple and direct.

Your goal should be to finish as the highest-rated offense in the NFL.

Kansas City may have something to say about those aspirations.

Ditto for Buffalo and Green Bay, but the Cowboys belong in the conversation.

Well, they belong whenever these things happen.

Here are five keys for the Cowboys if they want to reach that goal:

The first camp practice was special.

Dak Prescott was quarterback again. Tyron Smith, La’el Collins, and Zack Martin lined up in front of him. Blake Jarwin was on tight end.

“The band is back together,” Prescott said.

Prescott’s gruesome ankle injury was the most talked about, but three key offensive players went down before him and another after.

Hip surgery knocked out Collins before the season began.

Jarwin tore his ACL in Game 1, a neck injury kept Smith out for all but two games, while a concussion and calf injury shortened Martin’s season.

The Cowboys have three receivers, Amari Cooper, Michael Gallup and CeeDee Lamb, who are capable of a 1,000-yard season each.

Ezekiel Elliott is a 1,000-yard running back with a quality, explosive back-up in Tony Pollard.

When asked if an offense can have too many weapons, Moore pauses for a long time.

“Uhhh, no, I’m not going to complain about that,” he said.

“I was trying to find a way to say yes, but I’m going to say no.

“Honestly, I feel lucky. I think we are in a great position. We have a lot of versatility with our group ”.

The key will be how the offensive coordinator of Dallas does to be able to distribute the ball between so much talent.

The development of Prescott and the addition of three explosive receivers has pushed Elliott and the running game out of the balance.

This offense is no longer focused on the run as it was in Elliott’s first three seasons.

The Cowboys averaged just 111.8 yards rushing last season to reach No. 17 in the NFL, their worst ranking since 2013.

Elliott rushed for 100 yards or more in a game just twice and limited himself to less than 55 yards eight times.

“Just having the year I had last year, you don’t need any more motivation than that,” said Elliott, who finished with 979 yards, his career low.

“I know the type of player that I am. I don’t think I showed it last year. “

Only four teams had more.

It wasn’t just the amount of turnovers but a lot of them came early in the games that gave the offense huge deficits that altered the game plan.

It was a downward spiral that this group cannot afford to repeat.

It doesn’t matter how explosive this offense can be if it’s not efficient.

Ball safety is a big part of the equation and that applies to Elliott, who lost four fumbles last season.

The Cowboys are a prolific offense, but to be a truly effective offense, one that can win any type of game, there are some areas that need improvement.

Ball safety is the first step, but it is not the only one.

Dallas should also be better on third down and in the red zone.

This offense converted just under 41% of his third-down chances last season.

Only three of the 14 teams that made the playoffs were worse.

This is critical as greater third-down efficiency extends the time the ball is in Prescott’s hands and the offense, the strength of this team, and protects the defense from overexposure.

Dallas must also improve in the red zone.

The Cowboys found the end zone only half the time they were within opponents’ 20-yard line last season.

Only three teams, Cincinnati and New York (Giants and Jets), were worse.