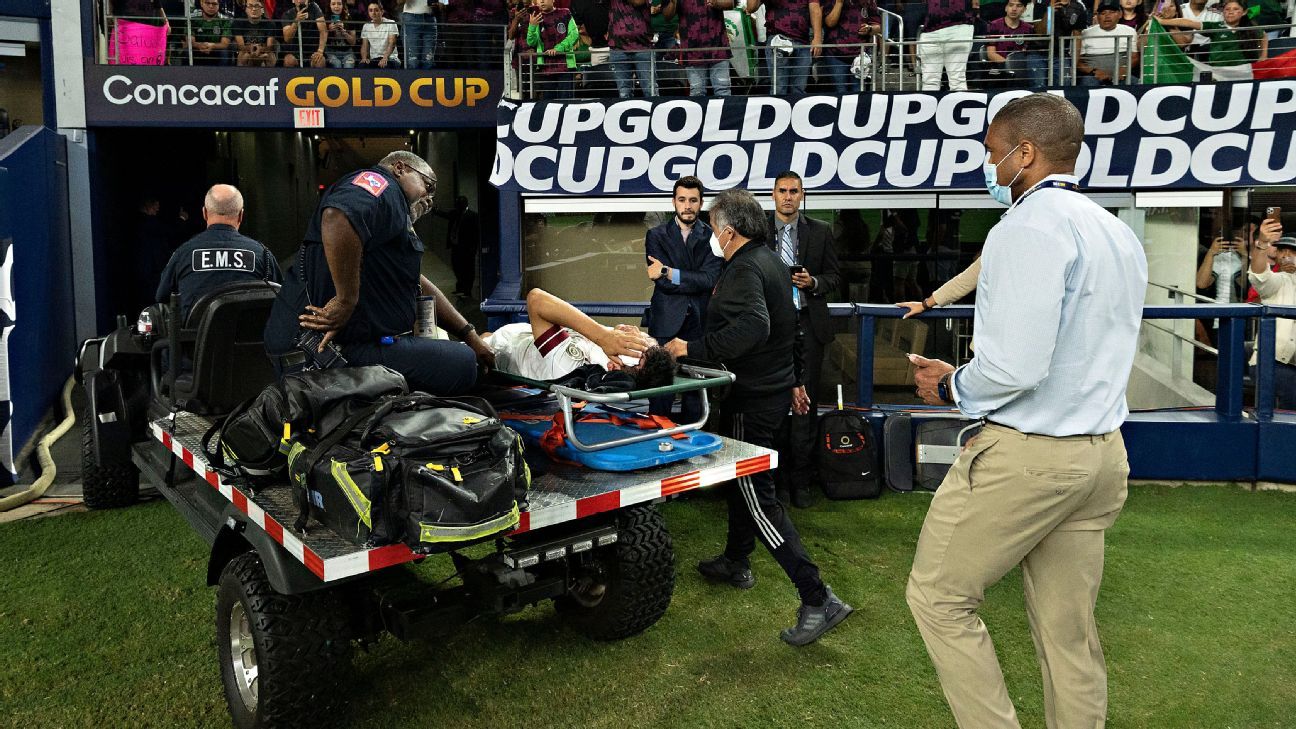 ‘Chucky’ Lozano is conscious and will undergo medical tests at a hospital in Dallas, to determine the severity of the blow he suffered to the head and that caused him to leave the debut match in the Gold Cup

MEXICO.- Hirving lozano He was taken to a hospital in Dallas after suffering a dramatic blow to his face that caused profuse bleeding and leaving the AT&T Stadium court wearing a collar in the first game of the league’s debut. Mexican team on the gold Cup.

Sources confirmed to ESPN that they transferred to ‘Chucky’ Lozano to the hospital immediately after leaving the field of Cowboys Stadium on a stretcher and the player is conscious, although he will undergo various studies to determine the degree of his injury, including tomographies and x-rays of the skull.

Minutes after 11:00 pm, the official Twiiter account of the Mexican team informed that the player is stable, conscious and the corresponding studies will be carried out.

According to information from TUDN, Lozano has pain in his neck, an area that was most affected by the blow to the head, when he made a sudden movement.

The sources said that the medical tests are to determine if the player has any cervical damage, a fractured skull or injury to the left eye.

At minute 9 of the duel against Trinidad and Tobago, Lush He entered the area from the left and suffered a push from the back, which caused him to fall and collide with the knee of goalkeeper Marvin Phillip.

Lush He did not lose consciousness, but remained motionless on the grass with his left left eye completely bloody until the emergency services assisted him, placed a collar on him and removed him by cart to the tunnels of AT&T Stadium, where he was taken by ambulance to the hospital. .

Report at the moment.
Hirving Lozano is stable, conscious and they will carry out the corresponding studies.#ForceChucky

With information from Omar Flores Aldana.