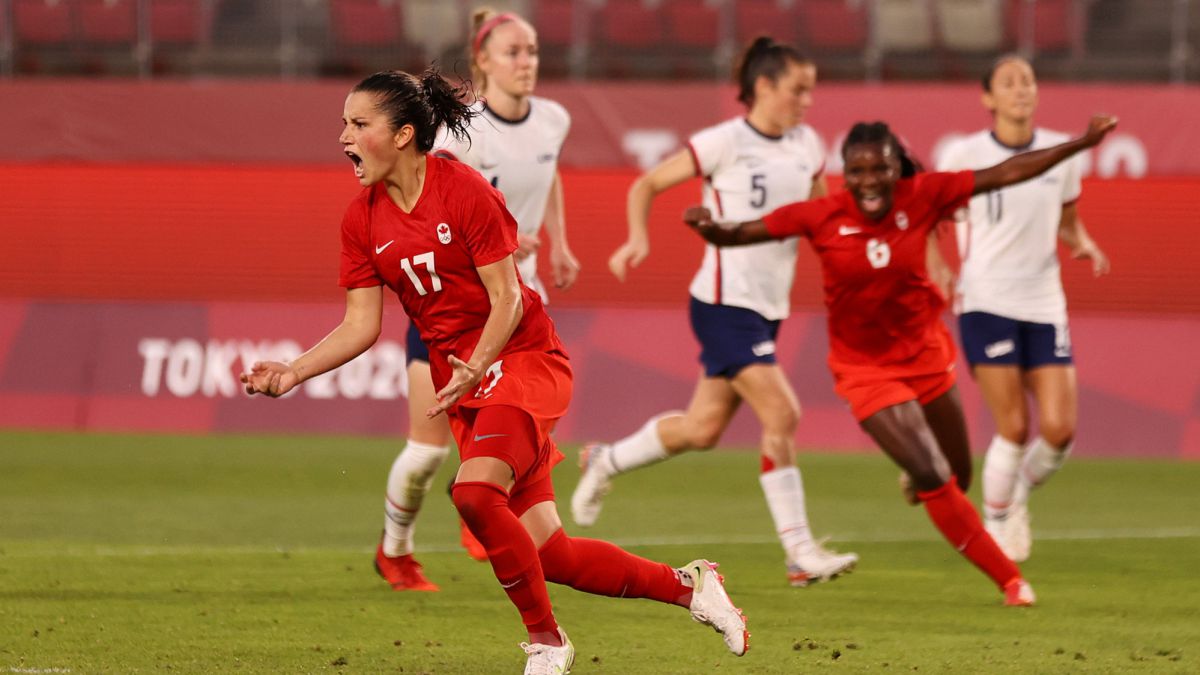 The United States women’s team was out of the fight for the gold medal in the Tokyo 2020 Olympics, after falling this Monday to his Canadian counterpart by the slightest difference, within the semifinals of the Olympic competition, so now they will seek bronze in the match for the third place of the women’s soccer tournament that takes place in Japanese territory and in which for the second consecutive time, they could not access to the grand finale.

In the first half, both teams sought dominance on the Ibaraki Kashima court, however the most momentous of the first 45 minutes was the injury of his goalkeeper and figure in the last penalty shootout against the Netherlands, Alyssa Naeher, who had to withdraw from the match after half an hour of play and in her place came Adrianna Franch before the end of the first half.

Already in the second half, Vlatko Andonovski made changes and sent his heavy artillery in the lead, however the USWNT itself complicated the actions at minute 72, when the central referee, supported by the VAR, indicated a penalty favorable to Canada, after Tierna Davidson knocked down Deanne Rose inside the area and the situation would get red hot for the world champions.

Jessie Fleming changed the maximum penalty per goal, after deceiving the American goalkeeper and Canada went ahead on the scoreboard in the final minutes, in which the United States went all out to find the equalizer, which Carli Lloyd was close to getting by crashing a ball on the crossbar , but it did not come for the elimination of the last world monarchs, for the gold medal, to be consummated.

Canada defeated the United States for the first time in the history of the Olympic Games and placed in the grand final of the women’s tournament in Tokyo 2020, which will have a new champion when the country of the maple leaf meets the winner of the key between Australia and Sweden in the grand final.

For the second consecutive time, the United States women’s team will not play the grand final at the Olympic Games, because during Rio 2016, they were eliminated in the quarterfinals and now, the four times world champions they will have to settle for contesting in bronze at Tokyo 2020, next Thursday when they face the losers of the semi-final between Australia and Sweden, in the duel for the third place in women’s football at the present Olympic Games.