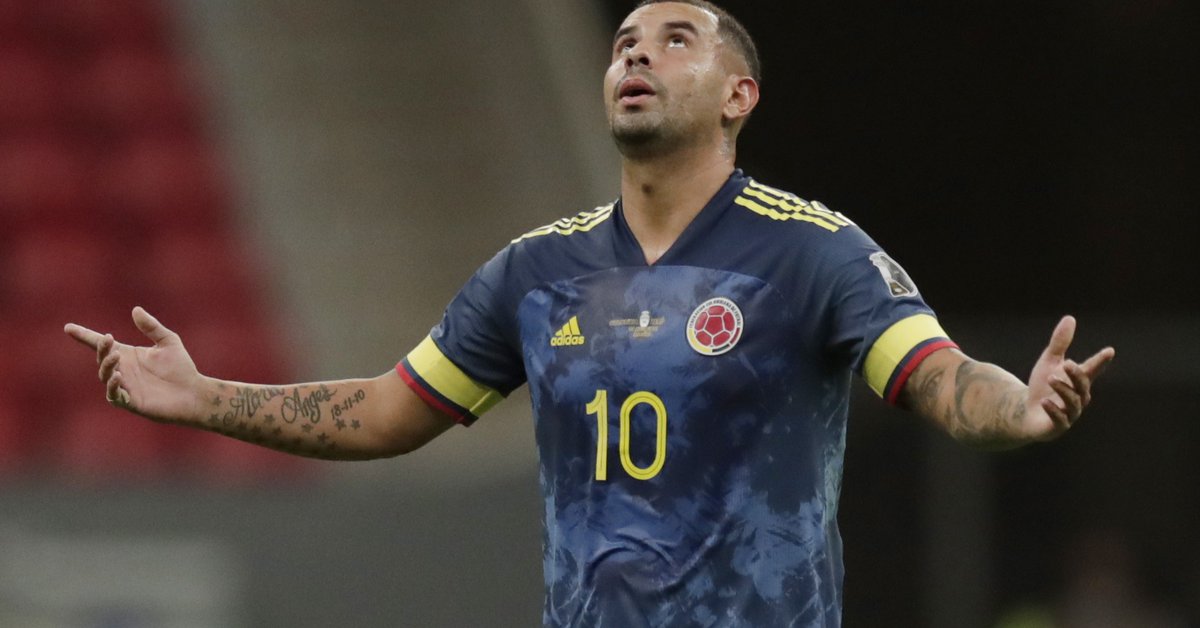 Edwin Cardona, player of the selection of Colombia and Boca Juniors, from Argentina, decided to take a few days after finishing his role with third place for the ‘tricolor’ in the Copa América that was played in Brazil. And even though Boca managed a private plane to take him from Brazil to Argentina after the Cup, the midfielder decided to go to Colombia.

This weekend a fact was known that could end up heating the spirits against the Paisa player, who is on loan at xeneize from the Mexican Tijuana. Videos and photos of a family party in which he participated are circulating on social networks Cardona and where the vallenato singer Nelson Velásquez was, who was the main guest of the celebration.

Although the player and his family were discreet and did not publish anything on social networks, the vallenato singer did portray his meeting in his personal media.

So far no further details are known of the place where the party took place. Now, this Saturday, July 10, the former member of Los Inquietos uploaded an image accompanied by the Colombian footballer, in an event that looked very crowded and without biosecurity measures. In the photos and videos you can see the player singing and sharing with his guests.

The images led to the fans searched a little more about the meeting, and found more evidence that would show that the player not only broke the isolation bubble proposed by the club, but it was exhibited even more in an event of this type a few days after returning to Buenos Aires.

Now that the Copa América is over, other soccer tournaments begin. For example, the Copa Libertadores will be played again this Tuesday, July 13 with the first leg matches and the first of all will be Boca Juniors vs. Athletic Mineiro.

After the absence of Edwin Cardona, Boca’s technical director, Miguel Ángel Russo, must present a new starting squad to find the team that plays the first game of this series. In addition, the Colombian Frank Fabra will not be there either.

After the work was announced by the Argentine team to bring his country behind the Colombian wheel, who has been the target of criticism, the club spoke about it and was very emphatic in the biosecurity measures that he and his family must comply with. .

Now, if Cardona had returned directly from the concentration of the national team, it would have been possible to reintegrate Boca since the athletes who were in “sporting events duly authorized by the National Directorate of Migration, with protocols proposed by the organizers, approved by the national health authority and supervised by the Ministry of Tourism and Sports”, They could bypass the quarantine by presenting a negative PCR test.

But now, after his decision to return to his native country and, in addition, having participated in an event where, according to some videos published by the aforementioned artist, the biosafety regulations are not met, the ‘Xeneize’ club demanded him to Cardona that upon returning to Argentina he will have to comply with the mandatory quarantine for reinstatement with the team.

On the other hand, the representative of Edwin cardona, Lucas Jaramillo, He spoke about it and clarified why the player is not focused on the Argentine club. “Edwin had permission until Monday. He is on vacation, and in his right to go (to the party). He had a complex year, COVID, isolation, bubbles. Although the message is not the best, it is to the right. He has permission from the club and he will arrive tomorrow “the representative explained to TyC Sports.

Boca Juniors will face Atlético Mineiro on Tuesday, July 13, for the round of 16 of the Copa Libertadores de América. The duel will be at La Bombonera and will begin at 5:15 pm, Colombian time.