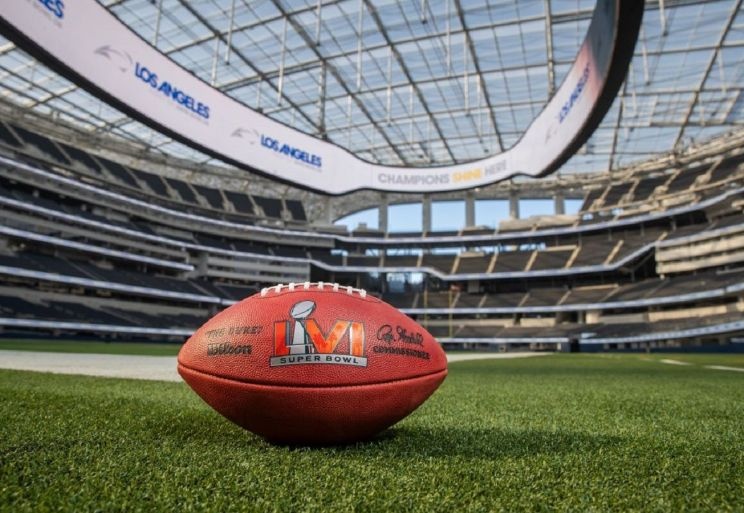 The NFL season concludes with the most followed sporting event of the year in the United States. Sunday is expected to reach 117 million viewers and reach record game figuresbeing the first with the massive deployment of houses on the Internet.

There is only one sporting event in the world with a national league capable of competing with the Olympics or the World Cup: the Super Bowl. The NFL closes a season in which it has returned to normal after the pandemic and the league has taken advantage of it to renew its audiovisual contracts for the new cycle or launch its internationalization plan to reach countries like Spain.

The main sporting spectacle and biggest television event in the United States will close the NFL season with a duel between the Cincinnati Bengals and the Los Angeles Rams. Stars like Joe Burrow, Joe Mixon and Ja’Marr Chase on the one hand and Matthew Stafford, Cooper Kupp and Odell Beckham Jr on the other will be the focus of attention in a game that leaves interesting data that goes beyond the result.

In terms of audiences, the last years of the Super Bowl have not been the best. The event accumulated four consecutive seasons in decline until 2020 in which the audience rebounded slightly thanks to the Mahomes effect. The forecast of the analysts for this year is that the figure of 117 million viewers will be reached, which would mean becoming the most watched show in the history of television in the United States.

If predictions for PredictHQ come to pass, Sunday’s early morning game will top the historic 2015 Patriots-Seahawks game, which featured Tom Brady and was watched by 114 million people. With these figures, the NFL expects to increase audience data by 21% in a fateful 2021 in which the worst data since 2007 was recorded, with 96.4 million total viewers.

What has been on the rise in recent years are the changes in consumption habits, since online platforms streaming and the global audience have been increasing their data incessantly. In this aspect, the last edition did obtain positive data with an increase of 65% year-on-year on the platforms of streaming like that of Movistar+, owner of the rights in Spain.

Television interest continues to be notable, as demonstrated by the latest renewal of its audiovisual contract, for which the NFL will obtain 10,000 million dollars per year (8,420 million euros). The rights will be shared between Espn, NBC, Fox, CBS and Amazon, with year-on-year increases ranging from 30% to more than double what they had been paying. In addition to the increase achieved with traditional operators, the entry of Amazon represents a turning point in the history of television coverage of American football.

Regarding advertising investment for this edition, the big news is the arrival of Crypto with an ad starring Matt Damon and the absence for the second consecutive year of Coca-Cola or Budweiser. The cryptocurrency platform is accompanied by other brands such as Avocados from Mexico, Lay’s, Pringles, General Motors, Facebook, Google, Rakuten and Irish Spring. To them we must add Wallbox. The Spanish electric vehicle charging provider that has expanded to the United States will have its space to advertise in the final game of the NFL.

Despite the audience figures on linear TV, the NFL has guaranteed a new record audiovisual cycle

The final match for the Lombardi trophy will generate a total of 500 million dollars (437 million euros) to the Los Angeles region according to the authorities. The Californian city will host the event at the SOfi Stadium, with a capacity for 70,000 spectators, inaugurated in 2020. After 29 years without a Super Bowl in the Los Angeles city, the event hopes to boost business in the area due to the large influx of people present. On this occasion, the NFL has been able to sell all the tickets, leaving behind the last edition in which only 22,500 people attended due to limited capacity.

The SOfi Stadium, promoted by the owner of the Rams, Stan Kroenke, whose team has also managed to reach the final, had a cost of 5,000 million dollars (4,375 million euros). Not surprisingly, it is the venue with the largest area in the NFL and with a capacity that can be expanded to 100,000 spectators.

In addition to the direct economic impact that the event will generate in Los Angeles, we must take into account the ability of the Super Bowl to achieve record numbers in the sports betting market. For this edition it is expected to reach 7,600 million dollars (6,650 million euros), which would mean exceeding the figures for 2021 by 78%. According to the American Gambling Association (AGA), 31.4 million Americans plan to bet on Super Bowl LVI, which means 35% more than last year.

Beyond the advertising business for television is the show per se of the Super Bowl. It is one of the main windows to the world, one of the great showcases that combines marketing, sport, culture and, above all, music. After Shakira, Jennifer López and The Weeknd in this edition, the performance will be carried out by Eminem, Kendrick Lamar, Dr. Dre, Snoop Dogg and Mary J. Blige.