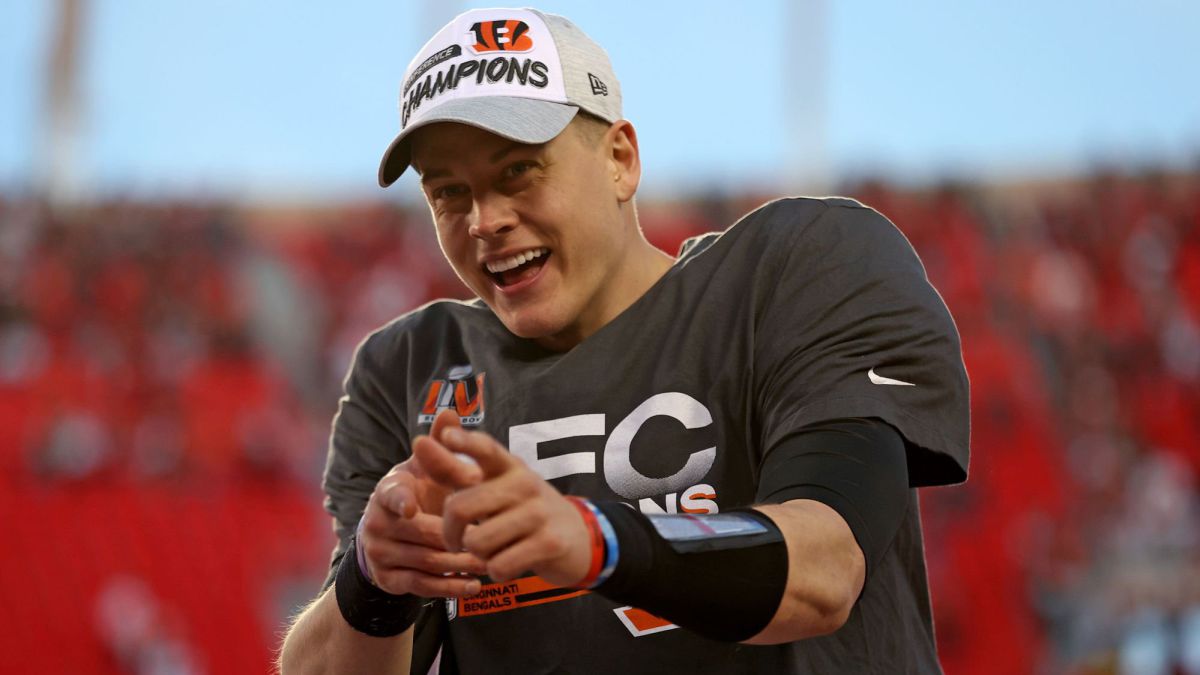 The Cincinnati Bengals are the clearest example of the importance of having a franchise quarterback in the NFL.

In just his second year in the league, Joe Burrow he has permeated his winning scent in a franchise accustomed only to losing.

The 2021 season is the first since 2015 in which the Bengals finished with a winning record. Just two years ago, Cincinnati had the worst record in the NFL and was therefore able to select Burrow with the first overall pick in the 2020 Draft.

In the playoffs, Burrow’s mettle – which has earned him comparisons with joe montana Y Tom Brady– was tested, but the LSU product responded as it usually responds in moments of greatest pressure. In wins over Tennessee and Kansas City, he led the drive that ended with the game-winning field goal.

Including his time in college football, Burrow is 5-0 in the postseason and if he maintains that undefeated run, Sunday will give the Bengals the first Super Bowl title in franchise history.

The offensive line is by far the weak point of Cincinnati’s offense.

Including the postseason, Burrow has been sacked 62 times, the most in the NFL, and against a font-7 that includes Aaron Donald Y Von Millerthe young Burrow could be under intense pressure in Super Bowl LVI.

In the backfield, Burrow has the help of Joe Mixon, who was also injured (foot) in 2020 and returned with perhaps his best season as a professional. Mixon posted career highs in rushing yards (1,205, third in the NFL), touchdowns (13) and attempts (292). Additionally, he caught 42 passes for 314 yards and three touchdowns during the regular season.

In the 2021 Draft, the Bengals recruited in the first round an old acquaintance of Burrow, the wide receiver Ja’Marr Chase. They both won the college championship together with LSU a couple of years ago.

Chase and Burrow immediately picked up that chemistry and the No. 1 wide receiver led Cincinnati with 81 receptions, 1,455 yards and 13 touchdowns, all new franchise records for a rookie.

At 27 years old, Tyler Boyd he is the veteran among wide receivers; in the regular season he caught 67 balls for 828 yards and five touchdowns.

Tee Higginsa second-round pick in 2020, finished his second NFL season with 74 receptions, 1,091 yards and six touchdowns, despite missing three games, two of them due to a shoulder injury.

CJ Uzomah he is the starting tight end, but at the AFC Championship in Kansas City he suffered a knee injury and his participation in Super Bowl LVI is in doubt.

During the regular season, Uzomah had 49 receptions, 493 yards and five touchdowns.

If Uzomah cannot play on Sunday, then his place will be taken by Drew Sample.

Sample, a 2019 second-round pick, could be very useful to the Bengals’ offense on Sunday as his coaches consider him one of the best blocking tight ends in the NFL.

maybe the coach Zack Taylor and the Bengals offensive coordinator, brian callahanThey want to use Sample not just to help the running game, but to protect Burrow in the Super Bowl.

Bengals found in Burrow and Chase the pieces they needed