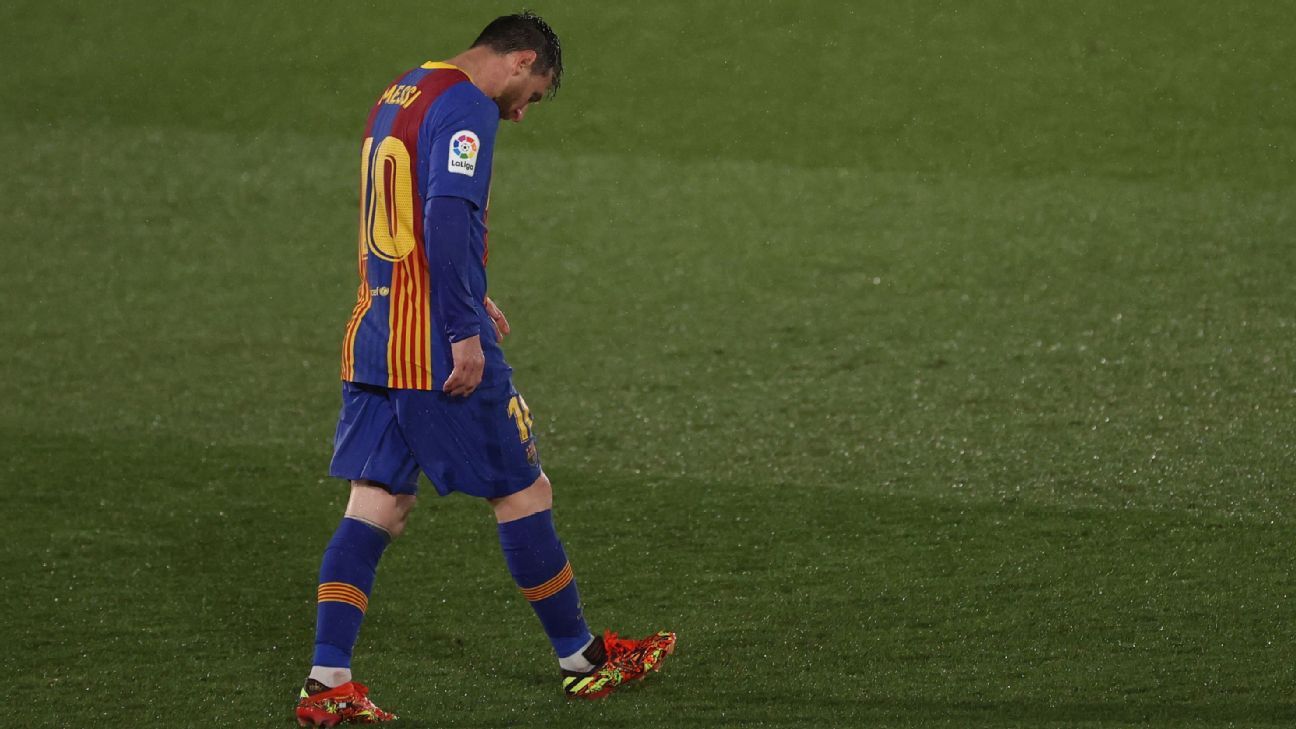 In the Joan Gamper Trophy, no Barcelona player will use the dorlsal 10 that was left free after the departure of Lionel Messi

BARCELONA – Barcelona announced this Saturday the list of numbers of its players, in principle as a presentation prior to the Joan Gamper trophy dispute but which, it is understood, will be awarded for the rest of the year. The main novelty was that the 10 he wore Lionel messi during the last thirteen seasons it was deserted.

The Argentine star, who remains confined at his home in Castelldefels waiting to solve his sporting future, planned to join the Barça preseason this weekend and, as captain, address the fans from the Johan Cruyff stadium grass, circumstance that will no longer occur, replaced by Sergio Busquets and without the club, for the moment, having resolved if for the first time since 1995 (when the personalized numbers were established) it leaves the 10 unoccupied.

In the event that the club decided not to occupy this number, this would be the first season since 1995 when the personalized numbers were established that Barça would play without 10. Seven players, including Messi, wore him throughout this time: Ángel Cuéllar in the 1995-95 season, Giovanni Silva between 1996 and 1999, Litmanen in the 1999-2000 season, Rivaldo between 2000 and 2002, Riquelme during the 2002-03 season and Ronaldinho, between 2003 and 2008 were the predecessors of the Argentine star, who he had it in his possession thereafter.

Messi was Barça’s 10th during 668 games, in which he scored 630 goals, and curiously his stage with this number opened and closed with defeat. His first game was on August 31, 2008, the league premiere, visiting Numancia, who beat the Barça team 1-0 and the last, the farewell, on May 16, 2021, at the Camp Nou and losing the team of Ronald Koeman by 1-2 against Celta.

Of the 25 chips reserved for the first team, another three numbers, 16, 24 and 25 have not been officially released, although 16 is understood to be reserved for Pedri, who already wore it last season and will continue in his power when I rejoined the club after his vacation after the Olympic Games. Mingueza and Eric GarciaAlso at the Games, the other two numbers (24 and 25) should be distributed if the current squad is taken care of, although Joan Laporta already warned on Friday that movements are still expected during the transfer market and casualties are venturing.

On 8 Miralem Pjanic, the 12 that Braithwaite has taken and the 23 of Samuel Umtiti would be three of them, without ruling out the 13th of Net and even on the 14th of Philippe Coutinho. The, for the moment, third goalkeeper Iñaki Peña continues without the first team’s number and was awarded the 26th, while the youth squad Alex ColladoAfter breaking his assignment to Bruges, he remains training with the first team but was neither assigned a number nor was he called up for the Gamper, so his departure remains in the foreground.

Meanwhile, as news, appear Ansu Fati that changed the 22 for the 17 that Trincao had last season; Riqui Puig, which will be wearing the mythical 6 by Xavi that Carles Aleña left free in the middle of the last year; Sergio Aguero, which will take the 19 that was Matheus fernandes; Emerson that will wear the 22 that Ansu wore; Y Memphis Depay, who will play with the 9 that was held by Braithwaite, who settled for the 12.

Returning to 10, a possibility, remote at first glance, would be that Philippe Coutinho would occupy it if he remains at Barça. The Brazilian wore it during his five and a half seasons as a Liverpool player (between 2012 and January 2018) and also in the 2019-20 season in which he played on loan at Bayern Munich.