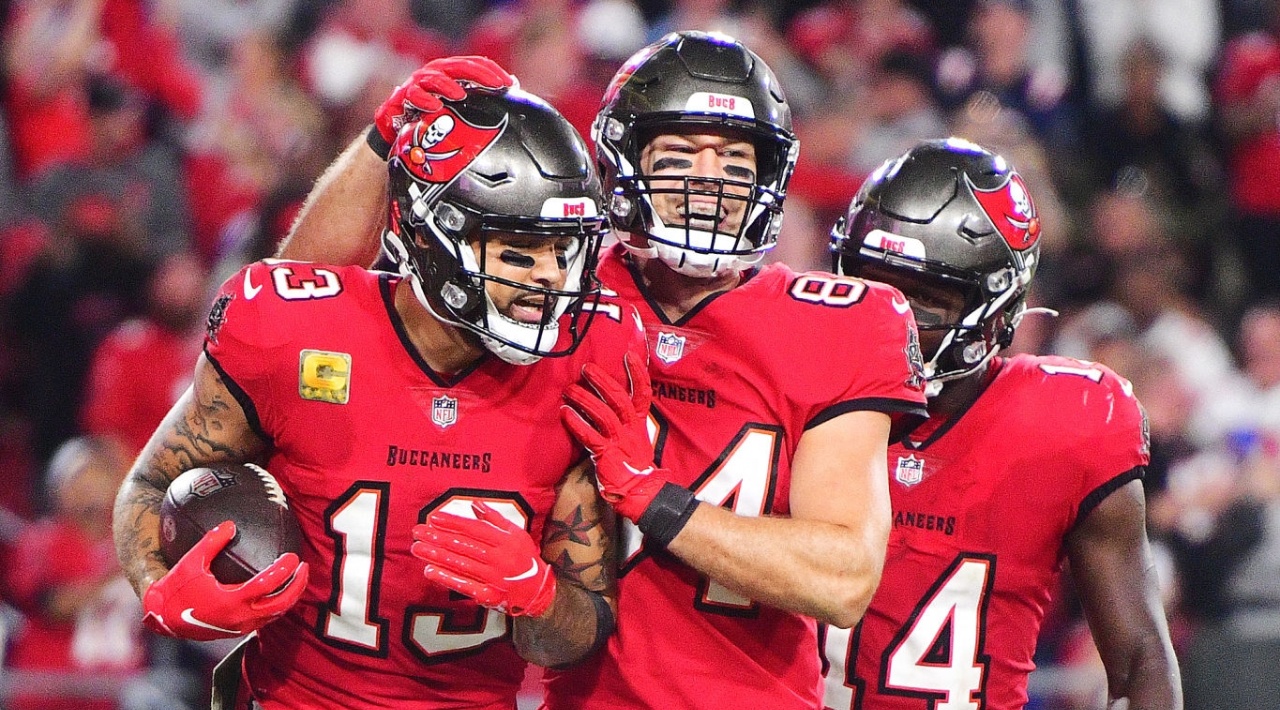 The Super Bowl LV champions, the Tampa Bay Buccaneers, entered their 46th season as the overwhelming favorites by the NFC to repeat the title and claim their first two-time championship since 2004, when Tom Brady won it with the Patriots during Superbowls XXXVIII and XXXIX. .

For much of the season the Bucs looked like a finely tuned, unstoppable machine; Both the media and the fans believed that it would be inevitable to see Bruce Arians’ team playing at SoFi Stadium for the Bucs’ third championship in their history. Qualifying as the second seed in the NFC with a 13-4 record, Tampa Bay was eliminated by the eventual champion Rams in the divisional round, where Tom Brady nearly pulled off one of those comebacks he’s been used to throughout his career. .

Tampa Bay became the first team in the salary-cap era to have all 22 of its starting players play in Super Bowl LV, projecting them as immediate division and conference favorites to reach the championship game. Given the above, his extra moves in Free Agency and Draft were not very popular.

The formula looked like a winner, as the team closed out the 2020 season with tremendous dominance, helping Tom Brady extend several of his records, including games started (316 in regular season and 46 in playoffs), passing yards career (84,520 yards), career completions (7,263 passes) and became the first player in history to pass 600 touchdown passes.

It all started with a win over the visiting Cowboys in one of the best games we’ve ever had on a Thursday night, in which Ryan Succop’s FG took them to victory. The Atlanta Falcons followed in a game that they dominated from the start. The first loss came against the Rams when the defense couldn’t contain Matthew Stafford’s offense. The morbidity reigned in the following meeting, entitled “The Return”, during the visit to Gillette Stadium against the Patriots. There, again Ryan Succop scored the winning FG and the defense was able to contain the last offensive series of the Pats.

With stellar performances from Tom Brady (411 yards and 5 TDs) and Antonio Brown (2 TDs and 124 yards), the Bucs thrashed the Miami Dolphins 45-17; continuing to dominate against the Eagles and Bears. The next loss came against the Saints where TB12 threw 2 interceptions. They returned to the path of victory against Washington, Giants and in a close game against the Colts; the winning streak continued again against Atlanta and in overtime against the Buffalo Bills.

The latest setback came against the Saints, but the Bucs closed out the season with three straight wins over the Panthers twice and the Jets, finishing with a 13-4 record, and would host the Eagles in the wild-card round.

The Eagles never had an answer against the Bucs, the game ended 31-15 and with the victory they would receive the Rams in the divisional round, which was a game with two completely different halves: in the first, the Rams dominated in all lines without allowing a single TD to the Bucs, in the second they tried to come back, scoring 24 unanswered points to tie the game at 27, leaving only 42 seconds on the clock.

However, two 64-yard passes from Matt Stafford to Cooper Kupp got Matt Gay close enough to make the game-winning field goal, and the Bucs said goodbye to the 2021 season.

What else can we write about Tom Brady at the end of his career? He has accomplished what no QB in NFL history has. As mentioned at the outset, this season extended several of his records, but in addition to those already cited, Brady and his favorite TE Rob Gronkowski became only the second passer-receiver pairing to record 100 TD passes; after the win against the Pats, Brady became the fourth QB in history to beat every team in the NFL.

Brady finished the season with a career-high 485 completions for 5,316 yards, 43 TD passes, and 12 interceptions. As if that wasn’t enough, at 44 years of age, he became the oldest player in NFL history to record at least 5,000 yards, which is also only the third time it has been recorded in NFL history. league.

Brady announced his retirement on February 1, after 22 seasons played.

The best moment of the 2021 Bucs season

During week 14, the Bucs received at home some Bills who were coming off a tough loss against the Pats, and sought to remain relevant in a competitive AFC. QB Josh Allen was still showing inconsistencies between each game, but he had his full arsenal of offensive weapons, while the Bucs had just scored 30 points against the Falcons and did not seem like they were going to let up on the gas.

The match seemed to be going along the same lines, Tampa’s dominance during the first half that ended 24-3 in their favor, but the second half was exactly the opposite, the Bills scored 24 points and only received 3, forcing time extra in which the Bucs stopped the Bills in three plays, starting their next drive from the 6-yard line and ending with a Brady TD to Breshad Perriman for the win.

The worst moment of the 2021 Tampa Bay Season

No doubt this came in Week 15 against division rival New Orleans Saints. The meeting was held at Raymond James Stadium, with a victory on that Sunday night, the Bucs clinched the NFC South title. However, the Saints shut out the Bucs 9-0 by sweeping the division series for the third straight year.

The shutout marked the first time it had happened to Brady since Week 14 of the 2006 season against the Dolphins. Injuries also began to hit the Bucs: Mike Evans, Chris Godwin, Leonard Fournette, Lavonte David and Pat O’Connor headed to the locker room early in the game. Breshad Perriman was on the Covid list, Antonio Brown and Mike Edwards were suspended for falsifying the vaccination certificate. Brady was sacked 4 times, threw 1 interception and fumbled once.

What is expected of the Buccaneers in the 2022 Season?

With Brady retiring, the big question is who will be the Bucs’ QB next season. There is talk of several names in free agency, but the team must adjust their salary cap and existing contracts if they want to seek to sign any of those QBs that will be available, or in their case bring in a “bridge” to wait for someone. college prospect later, because this year, according to experts, there are no great prospects at the position.

Bruce Arians announced that he will continue to lead the team, OC Byron Leftwich as of this writing has not moved to another team and DC Todd Bowles is in a similar situation.

After two seasons in which the Bucs went for everything and only went well the previous year, it is difficult to say that they will start with a rebuilding in the team because they have enough talent in all their lines and we cannot rule out that the following season they continue to be a tough opponent in the NFC South. The limbo in which the four teams of that division are in can bring us great surprises this year.

Analysis of the 2021 NFL Season of the Tampa Bay Buccaneers