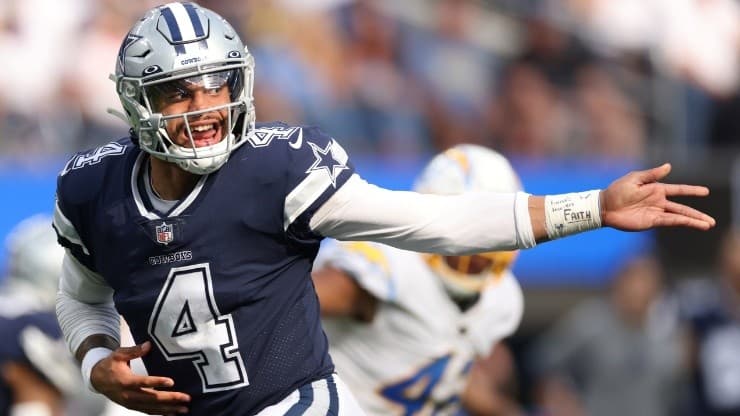 Eleven months after the injury to his right ankle that sidelined him from the 2020 season, the quarterback will experience his first game at AT&T Stadium.

In the meeting that will close Week 3 of the 2021 season of the National Football League (NFL), this Monday, September 27, Dallas cowboys will receive at AT&T Stadium in Arlington the Philadelphia Eagles, in a game that will be very special for his quarterback Dak prescott.

The above, because the last time he played on that stage was the October 10, 2020, when in the meeting before New York Giants, the quarterback he suffered the fracture of his right ankle that marginalized him from the rest of the contest; 350 days later, it will arrive in perfect condition.

After losing in the first game to Tom Brady’s Tampa Bay Buccaneers, and after getting the victory at home Los Angeles Chargers At the end, Prescott is excited about the reunion that both he and the Cowboys will have with their fans.

Dak Prescott’s excitement to return to the Dallas Cowboys home

“It will be something special because of the number of fans there will be. Having the fans back after a whole year from COVID-19 will be exciting. I will cherish the moment, I will be grateful for itBut I will immediately focus on defending the Eagles and what I need to do to win the game. “, said the 28-year-old.

It should be noted that in his first two games of this NFL season, Prescott has added 640 yards through the air with three touchdowns and two interceptions, completing 76.5 percent of the passes attempted; while on the ground, he adds 13 yards on four carries.