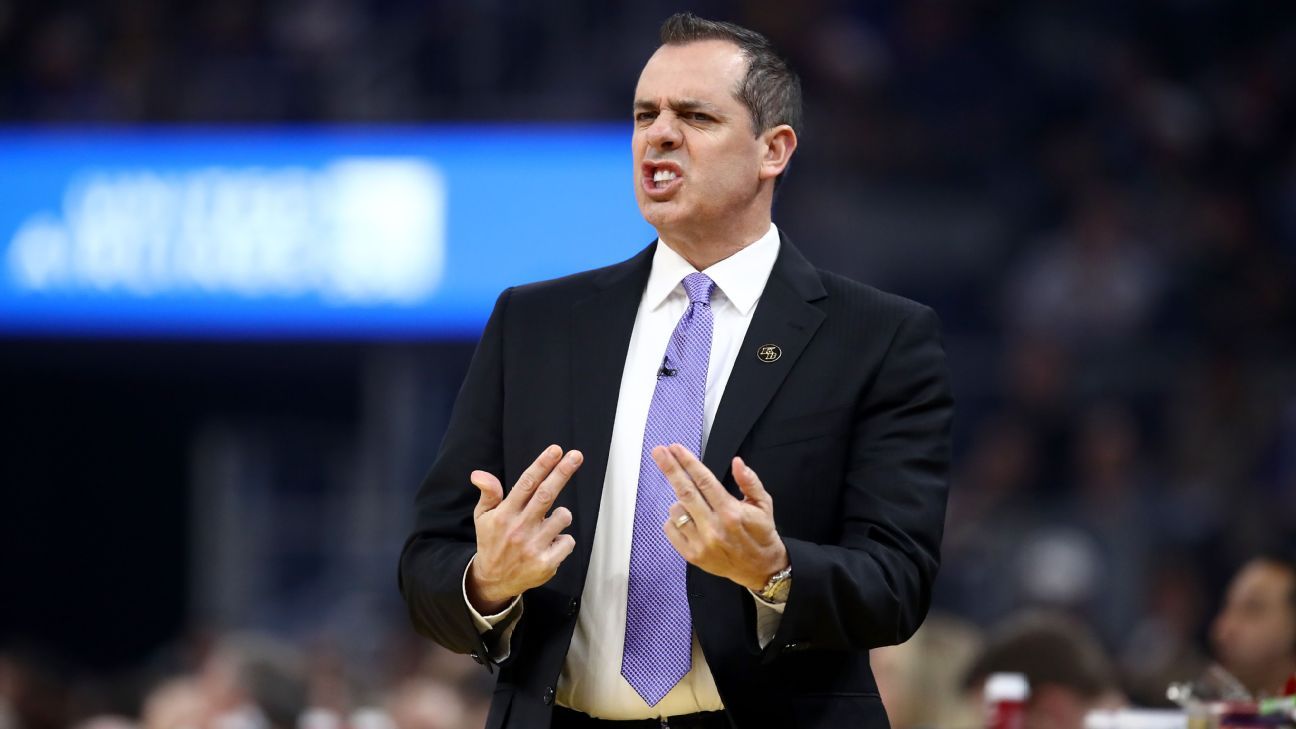 Hoping to turn the page after a week of jitters leading up to the trade deadline was met with poor on-court play, the Los Angeles Lakers held practice in San Francisco on Friday ahead of their game against the Golden State. Warriors.

“It’s a new day,” Lakers coach Frank Vogel said. “I think our group had great energy today. Both in a team filming session and in practice. I think there’s a natural reset of energy in our group, knowing that the trade deadline has passed. This is the group we got together to start the year. This is a group we believe in,” he said.

Vogel, who said after LA’s loss to the defending champion Milwaukee Bucks on Tuesday that “our energy as a group is not good right now,” indicated that he could sense a change in his group, even though the group actually I do not change. The Lakers were one of eight teams that sat out the deadline without making a move.

“I think with the deadline over and with a fresh mindset today, our group had really good energy to go out there and try to win a game. [el sábado] and understand and believe in what we can do this year,” Vogel said.

As optimistic as Vogel may have sounded about drawing a line in the sand and treating the final 26 games of the regular season as a fresh start, a number of events leading up to Thursday are clearly still being worked out internally within the organization.

The most pressing of those issues, considering the franchise’s stated goal of competing for championships above all else, is an apparent disconnect between Lakers vice president of basketball operations and general manager Rob Pelinka and Los Angeles leaders, Lebron James Y Anthony Davisdue to the team’s lack of movement on the deadline.

“Throughout this process we had different things that we looked at and as I have in the past, we had conversations with LeBron and Anthony about it and I would say there is alignment here,” Pelinka told reporters in a video conference a couple of hours later. before Thursday’s deadline. “And that’s all that matters.”

James and Davis did not have any conversations with Pelinka on Thursday in which they approved of LA letting the deadline pass without making a deal, a source familiar with the situation told ESPN.

If that wasn’t enough, aspects of the Lakers’ last two losses to the Bucks and Portland Trail Blazers were still being talked about on Friday.

Russell Westbrookwho stayed with the team until the deadline despite the Lakers and Houston Rockets engaging in trade talks centered on him and John Wallat first sounded like he had agreed to the team’s plans when he spoke to reporters on Friday.

“I really want to go into recess. [del Juego de Estrellas]prepare to have a great race and move in the direction that we need as a team, collectively, and make sure that we try to put our best foot forward as a collective group,” he said.

Yet no more than five minutes later, when asked about the lower back strain that caused him to sit out Wednesday’s 107-105 loss to Portland, the first game he missed in All season, he said the awkwardness was caused by how Vogel handled his substitution patterns in the loss to the Bucks.

Westbrook was benched by Vogel down the stretch against Milwaukee, the second straight game the coach kept him off the floor during the crunch and the third time it has happened this season.

And on the subject of closing time, Vogel made a public mea culpa because Davis had no shots in the fourth quarter and only 11 total for the game, in Los Angeles’ loss to Portland.

“We want you to be more involved than that,” Vogel said. “Just looking at the game the other night, he didn’t have enough of the ball in his hands in the fourth quarter. That’s something I want to have and our group has to have.”