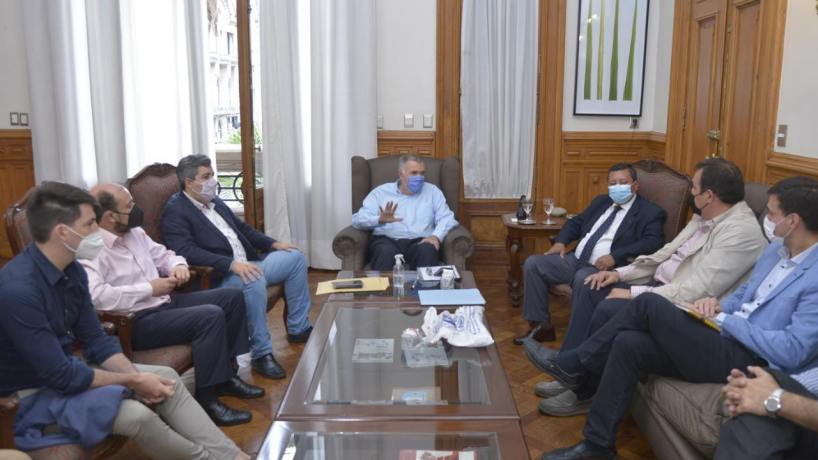 With a view to his participation in the 2022 Federal League, this Friday the governor Osvaldo Jaldo received the leaders of five Tucuman basketball teams that will travel to the event in which 102 teams from all over the country will participate.

The mayor of Banda del Río participated in the meeting, Dario Monteros; the president of the Basketball Federation of Tucumán, Ruben Urueña; the legislator Raul Ferrazano, businessman, Hernan Iramain; and the Robles presidents of the Independiente club, Mariano San Martin of the Belgrano Club, Gustavo Paz of the Avellaneda Club, Pepe Muruaga of the Miter Association Club, Ruben Solorzano of the club Talleres de Tafí Viejo and Martin Ayusa Member of the Basketball Federation.

The president of the Basketball Federation highlighted the Government’s commitment to local sports and thanked Governor Osvaldo Jaldo for receiving him. “Today the Federal League begins in which five Tucuman teams participate. Here we present the situation and the realities of the clubs to see if, through the Executive Power, they can support us financially to meet some expenses.

Jaldo was very willing to help the Tucuman clubs and the Tucuman Federation. With this financial support, it will be possible to cover the transfers, the salaries, to adapt to the courts and various expenses,” said Urueña. And he added: “These lathes are important so that after the pandemic, young people fly to the fields.”

In his turn, the president of the Belgrano Cultural and Sports Club, left the meeting with the President satisfied “because we are about to participate in the third tournament of the Argentine basketball category.”

“Having the possibility of having help from the Government makes us happy because it is an expensive tournament for the clubs, considering the trips to another province, salaries, opening of fields, for which the boards of directors of the different clubs make a great effort economic to lung”, counted San Martín.

And he closed: “We are very grateful because the clubs had already decided to participate in this tournament because it is a showcase for our boys to compete at a national level.”

With the support of the Province, five basketball teams will participate in the Federal League