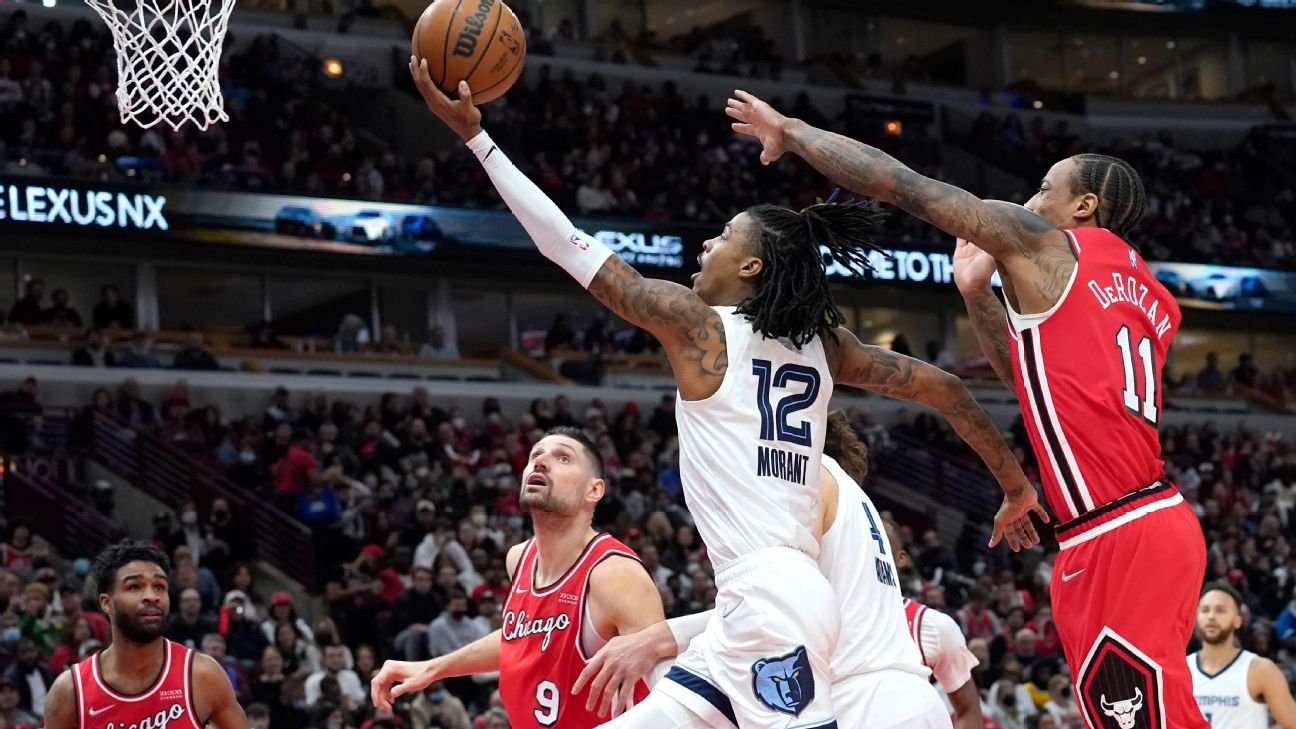 CHICAGO — The star of the Memphis Grizzlies, Ja Morantbroke the franchise record for most points in a regular-season game with 46 on Saturday night as he powered his team to a 116-110 victory over the Chicago Bulls.

Morant broke the previous record for mike miller (45 points) set in 2007. The third-year guard set the overall playoff scoring record last season, when he scored 47 points in a Game 2 loss to the Utah Jazz.

The Grizzlies held on Saturday after letting a 17-point lead drop to one and took the win after losing two in a row. They also snapped Chicago’s six-game winning streak.

Morant surpassed his previous regular season career high of 44 points. He scored 20 in the third quarter and made 15 of 28 shots.

Steve Adams he added 12 points and a season-high 21 rebounds, and the Grizzlies frustrated DeRozan despite the five-time All-Star scoring 31 points.

Zach LaVine he scored 28 points in his second game after missing the last three before the All-Star break due to left knee problems.

Memphis led by 17 in the third, with Morant out in the fourth. He made 7 of 14 shots, including two 3-pointers and an alley-oop dunk near the end of the period.

Coby White Chicago cut it to 106-105 when he hit a 3-pointer with about 2:30 remaining. Morant then hit two free throws before DeRozan had a layup.

Desmond Bane he hit a triple to increase the lead to 111-107. Nikola Vučević The Bulls made a foul shot, and Bane and Morant missed jump shots before LaVine made two free throws to cut the score to 111-110 with 25.5 seconds remaining.

Tyus Jones then he hit a pair for Memphis to make it a three-point game. DeRozan argued a no-call after he fumbled in lane and picked up his second technical after receiving one earlier in the game, earning him an ejection.

Morant, who was fouled by LaVine in the fight, then converted the technical free throw and two more free throws to increase the lead to 116-110 with 5.3 seconds remaining.

Associated Press contributed to this story.

With 46 points, Morant has a record for Grizzlies