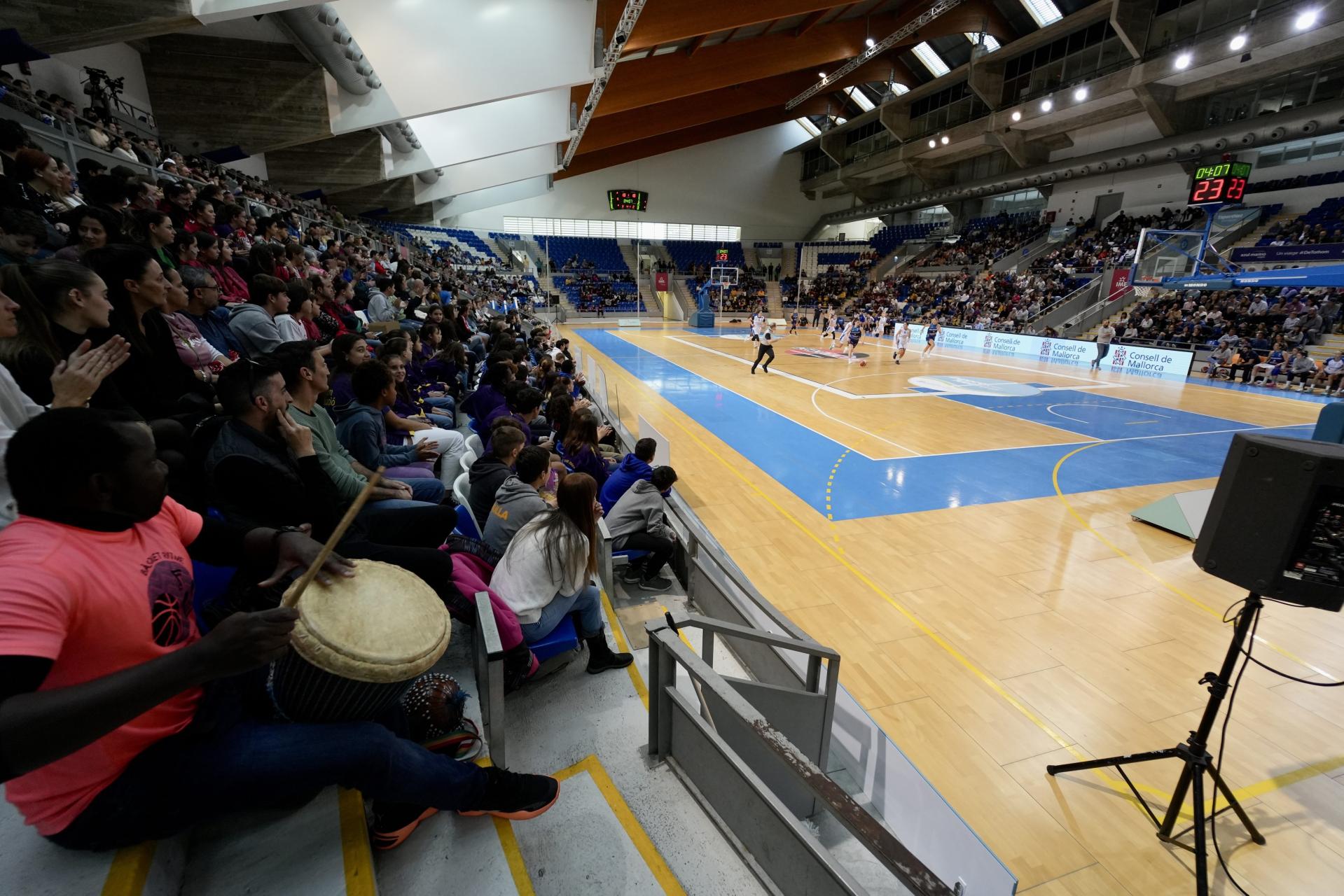 Victory and record for the Navy Blue Mallorca Sant Josepwho managed to gather more than 2,300 spectators in its debut at the Palau d’Esports de Son Moixepicenter of a great women’s basketball party that began early in the morning, with the Escribano League duel between La Salle and Calvià, followed by activities outside the venue and in the corridors, as an appetizer for the main course of the day .

That was the party Women’s League 2 between Azul Marino Mallorca Sant Josep and Unilever Viladecans, key to the aspirations of both teams with a view to settling in the upper zone of the Group B standings. In the moments before, as the public entered the Palau, representatives of the clubs invited to the match posed with the squad led by Dani Rubio.

The game also had a solidarity aspect, with a two-euro ticket for the benefit of the Asnimo Foundation, with which the collegiate group collaborates at a sports level. The call was a complete success, under the motto ‘Isla de Bàsquet, in Femení’with the support of the institutions, represented in the Son Moix box by Carles Gonyalons, Andreu Serra, Francisco Ducrós and Juanjo Talens, on behalf of the Government, the Mallorca Council, the Palma City Council and the Balearic Islands Basketball Federation, respectively .

The match left the victory of Azul Marino Mallorca. The eighth for the palmesanas, who got rid of a direct rival like Unilever Viladecans (76-60) to those who hunt in the table (8-4), equalizing more the race to play the promotion phase to the Challenge League, the goal of the collegiate team, which relied on the 21 points, 13 rebounds and 4 assists by Aya TraoreAna Tainta’s 16 points or Alejandra Quirante’s 10 points, 4 rebounds, 3 assists and 2 recoveries to set the distance over her rival.

Already at the end of the first quarter a triple by Quirante broke the score, opening a gap of ten points in favor of Azul Marino Mallorca (22-12), which went further in the second set (27-15). This difference made it possible to dampen the attempts of Unilever Viladecans when it came to getting closer on the scoreboard, led by Roig and Pérez.

But The defender applied the Navy Blue Mallorca to close the game and the victory (76-60), making the fans who came to Son Moix enjoy themselves to give shape to a record entry in the Women’s League 2, with more than 2,300 fans in the stands of a Palau in which ‘El Negro’ animated a match that marks a turning point and closes an exciting 2022 for the reference project of Majorcan women’s basketball.

Victory and record for Azul Marino Mallorca in Son Moix