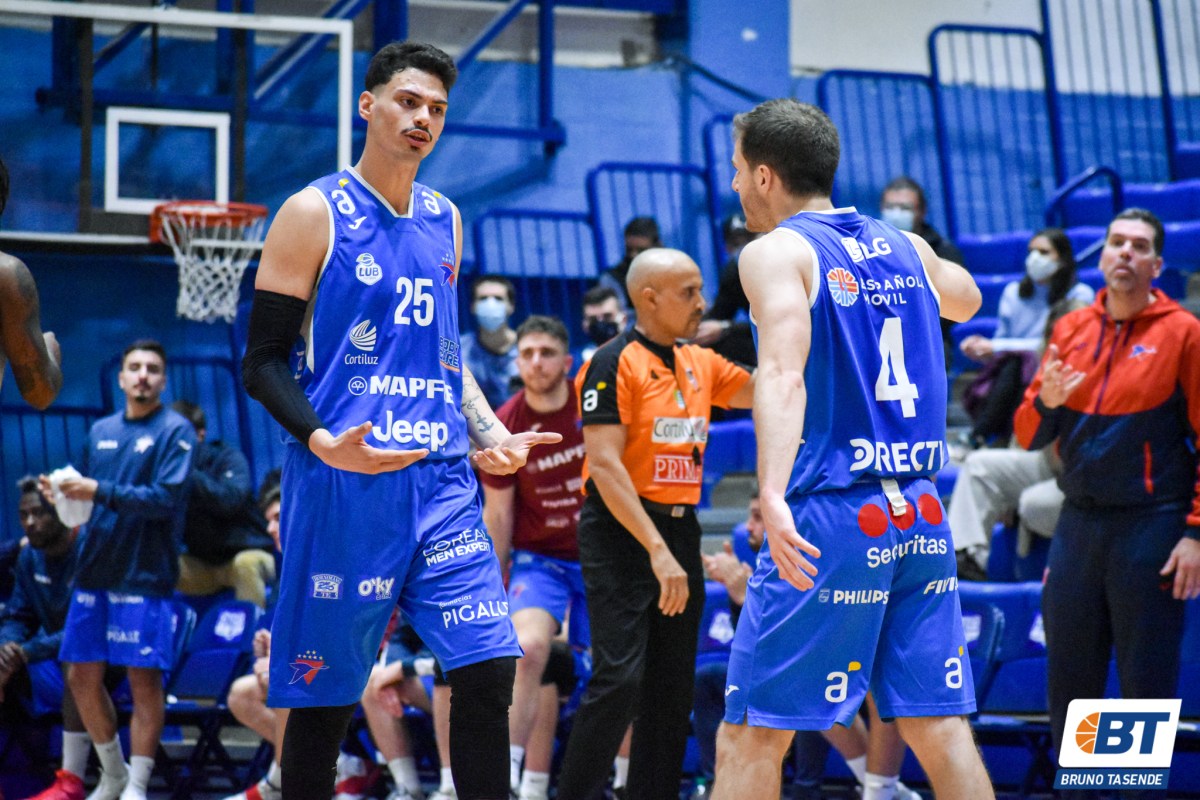 The first final was very even between the two best teams in the championship, which was defined by details of concentration and where the individual quality of both Sims and Vidal (predictable) and Pena García (who confirmed) stood out. Biguá managed to overcome the advantages it gives in the table (they took 18 offensive rebounds), while Nacional continues to squeeze the most out of the squad despite the known losses.

Two figures normally generating advantages in their respective teams, did not have the normal role for different reasons. Morrison was practically radiated from the quarter by Loriente’s defense of denial, and Vidal did not have much of the ball in his hands to generate, but instead was lethal taking advantage of the shot of 3 (three in the quarter), generated by both the assists of Sims like when his defender passed him behind at the pick.

There were no quick attacks in the fourth, although Biguá managed to make three transitions in which they intelligently looked for the open men to get two 3-pointers from Loriente and Rudd (6 of 10 Biguá in the room). Nacional could not run or get transitions, limiting himself to parked midfield offenses.

National Quarter (3 of 8 in triples), which incurs a square and one that confuses Biguá and allows him to hurt for the first time in a quick attack. In the rest of the offensives, all parked, Nacional manages to diversify the attack:

Biguá (3 of 9 in triples) in the fourth he became very dependent on Sims through the usual pick and roll and hand-off actions where he continued to convert from 3 and take fouls. But unlike the first quarter, he failed to attend as his teammates erred. When there was no advantage to Sims, the second option was to give Rudd the ball to play 1 × 1, but he was ineffective in all five actions he tried.

Extremely balanced room, where Biguá (3 of 9 in triples) he begins to diversify his offense against both male and box-1 defenses proposed by Biguá:

Biguá (4 of 9 in triples, 3 of them by Pena García) for the first time in the game he manages to attack in transition, where Vidal stands out by assisting for Hatila and Rudd’s trays; and for 2 triples on foot, Pena García’s signature, all high-percentage situations in a field of attack where Vidal brings out all his ability.

When Nacional’s defensive balance was good and did not allow transitions, he continued with the game generation scheme through the picks of Sims, who in that way achieved 7 points from the dribbling in the fourth, including a decisive triple with two to go minutes.

National he based his game in the fourth quarter on Cabezas, both attacking 1 × 1 vertically to the rim and shooting 3 at the pick, entrusting the offensive rebound of Batista and Mitchell (5 in total in that quarter).

DETAILS OF THE DEFINITION: In a final and being between teams so even, it is the details that end up defining; In that sense, we must highlight the 3 offensive rebounds that Vidal takes in that last quarter that allowed second chances in key moments, and with a minute to finish the game, the 10 seconds that Pena García was absolutely alone in an attack until finally they assisted him and he took, even with more time to bite her and breathe as if it were a free, a decisive triple.