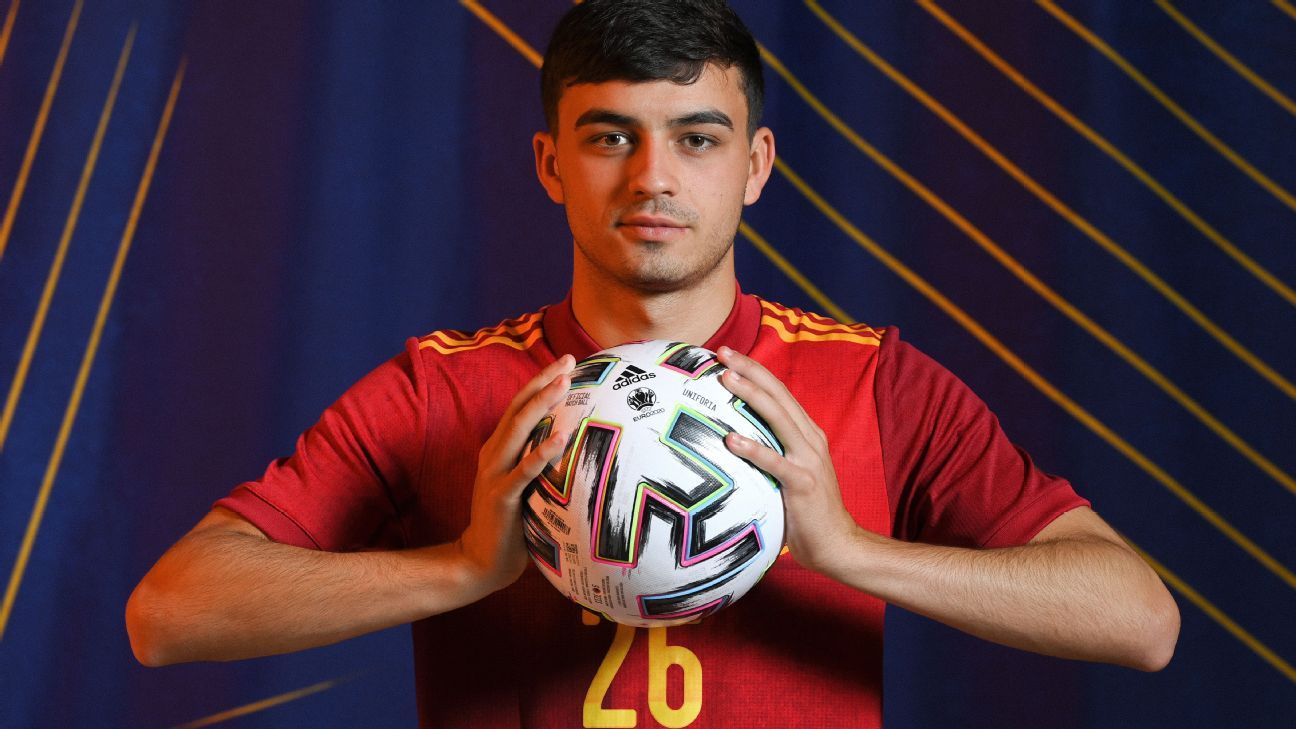 BARCELONA – Tokyo is already experiencing the most unprecedented Olympic fever in the modern history of the Games and between the risk of contagion and the interest in discovering new heroes, Pedri González, the Barcelona player called to lead the Spanish Olympic team, shines with his own light. on Thursday he will make his debut in the tournament facing Egypt with the tag of contender for the podium.

Candidate for the podium is the Hispanic team led by Luis de la Fuente and an aspiring star is the young Barça footballer, who yearns to extend his personal season until the final of the tournament to be played on August 3 in Kashima, which would mean practically a year Entirely without rest considering that on August 12, 2020 the preseason began with Barça, recently incorporated, while the then team led by Quique Setién prepared its landing in the final phase of the Champions League that would be played in Portugal.

Pedri He has accumulated 66 official games behind him since on September 3 he played with the U21 team against North Macedonia and until on July 6 he said goodbye to the absolute Eurocup, Spain eliminated by Italy in the penalty shoot-out and before to join the Olympic team together with Unai Simon, Pau Torres, Mikel Oyarzabal, Dani Olmo Y Eric Garcia, who like him were in the continental event under the command of Luis Enrique and are now called to be the backbone of a team with the same hunger for glory as pressure to conquer it.

A gold medal in 1992 and a silver medal in 1920 and 2000, Spain returns to the Olympic Games after its absence in 2016, its fiasco in 2012 (eliminated in the first phase) and absences, also, in 2004 and 2008. Excellent generations of footballers who did not enjoy an Olympic dream that Pedri, at 18 years old, will live in the first person with the intention of showing all the football that has moved him from anonymity to stardom in a veriginous year.

“I just want to continue playing football, which is what I like … Everything has happened very quickly and suddenly when you realize you are at Barça, you play with the absolute and now in the Olympic Games. Everything is crazy. that it is my turn to live “, he revealed in the first person, already concentrated with the national team and before leaving for Japan.” It is the dream of any child “…

A dream that began with his signing for Barça, continued with Ronald Koeman’s infatuation with his quality and sacrifice and led to turning a child, who was called to be loaned, into an indispensable football colleague of Lionel messi and brilliant crack in a League of which he became a prominent protagonist.

THE CHALLENGE AND THE REMEDY
Pedri assures that he attends the Games with the firm intention of continuing to enjoy football and the illusion of doing something great with the Spanish team … But it is clear that his figure will be followed with a magnifying glass during the tournament and that it will not be one of participants.

Spain is called, logically, to overcome the group stage together with Argentina and ahead of Egypt and Australia to meet in the quarterfinals with the litmus tests that should be a cross against Germany or Brazil (the favorites of the group D above Saudi Arabia and Ivory Coast). It is worth remembering that Brazil and Germany are the current holders of Olympic gold and silver since the Rio Games in 2016 …

If Pedri became, unintentionally, one of the keys to Luis Enrique’s senior team in the European Championship, at the Olympic Games he is called to be the football leader of Luis de la Fuente’s team and he will have the challenge of maintaining, and increase, its providential role.

As much as closing an unlikely and prolonged season with a capital revenge. Cup champion with Barça, he concluded his first course at Barça with the collapse of the league that separated him from a title that he touched with his hands … And in the Eurocup he went to say goodbye to the dream in a cursed semifinals against the later champion Italy .

The quietest Olympic Games in modern history, the event that occupies as much interest for records, medals and new heroes as for the pandemic that threatens every day and every corner of the tournament, arrive with a Pedri determined to consummate an eternal season with the best flavor.

A challenge, personal, of the first level.