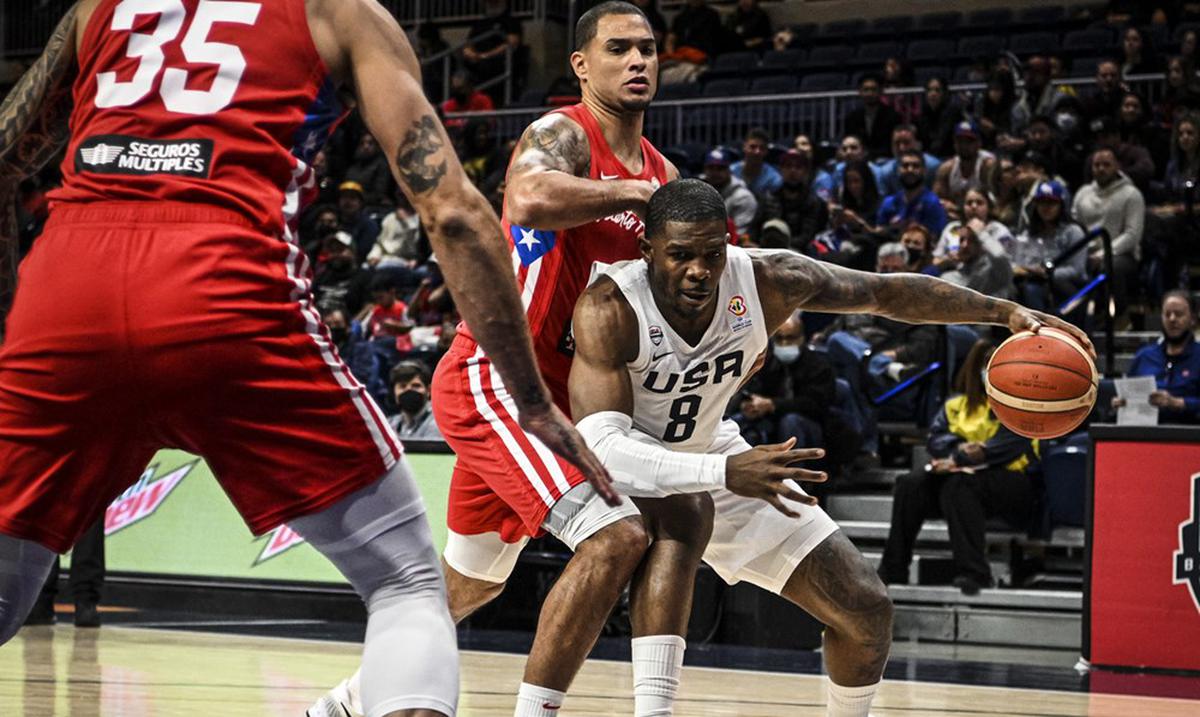 After a good start in which everything went well, the Puerto Rican national team seemed to disappear in the third setwhich they lost 32-14, and The United States prevailed 93-76 over Puerto Rico on Thursday in the first game of the second qualifying window of FIBA Americas heading to the FIBA ​​World Cup 2023.

The match held at the Entertainment Sports Arena in Washington, DC was the first for the national team on this occasion. He returns to the field on Sunday at the Ciudad Deportiva in Havana to pay a visit to Cuba.

“During the first half we worked well and had a good rhythm. We had the opportunity to force them with our defense,” Puerto Rico coach Nelson Colón said after the game. “In the second half, they came hot while we started erratic, flat, with little energy. Then came the frustration. And they took control of the game.”

“I don’t know if we failed or the United States was better than us. They were on point, they found the rhythm early and we started flat. Without energy. We tried to move in the third quarter and look for a combination that would give us something, but they already looked dominant and were hitting long 3-pointers. We got a little frustrated because we couldn’t score and we couldn’t find the good shots,” added Colón.

Urging for wins to stay in position to advance to the second round of the qualifiers, Puerto Rico came out quickly and confidently, moving the ball very well, limiting turnovers and controlling the tempo of the game. Gary Brown, Javier Mojica and Jezreel of Jesus they led the attack in which they imposed speed and accuracy for Puerto Rico to dominate 27-20 in a first quarter in which they shot 67% from the three-point area.

At the same time, the Americans looked disorganized and erratic.

However, upon returning from the dressing rooms at halftime, the roles were reversed.

Offensive fouls, turnovers and the awakening of Matthew Ryan and Joe Johnson fueled an enormous response from the United States that dominated the Puerto Ricans 32-14 to catch up and overtake Nelson Colón’s troops, closing the period with a 74-58 lead. .

The last period a shower of three-pointers opened the scoring early in the fourth period. The Americans pulled away by as much as 24 points on several occasions.

“They got into the game fully and went ahead. As he had said, they are a complicated, versatile team, with the ability to switch and take the ball up front”, continued Colón. “We had six turnovers in the third quarter and only three in the first half. They forced us to walk away from the things we did well in the first half.”

The United States ran over Puerto Rico in the second half