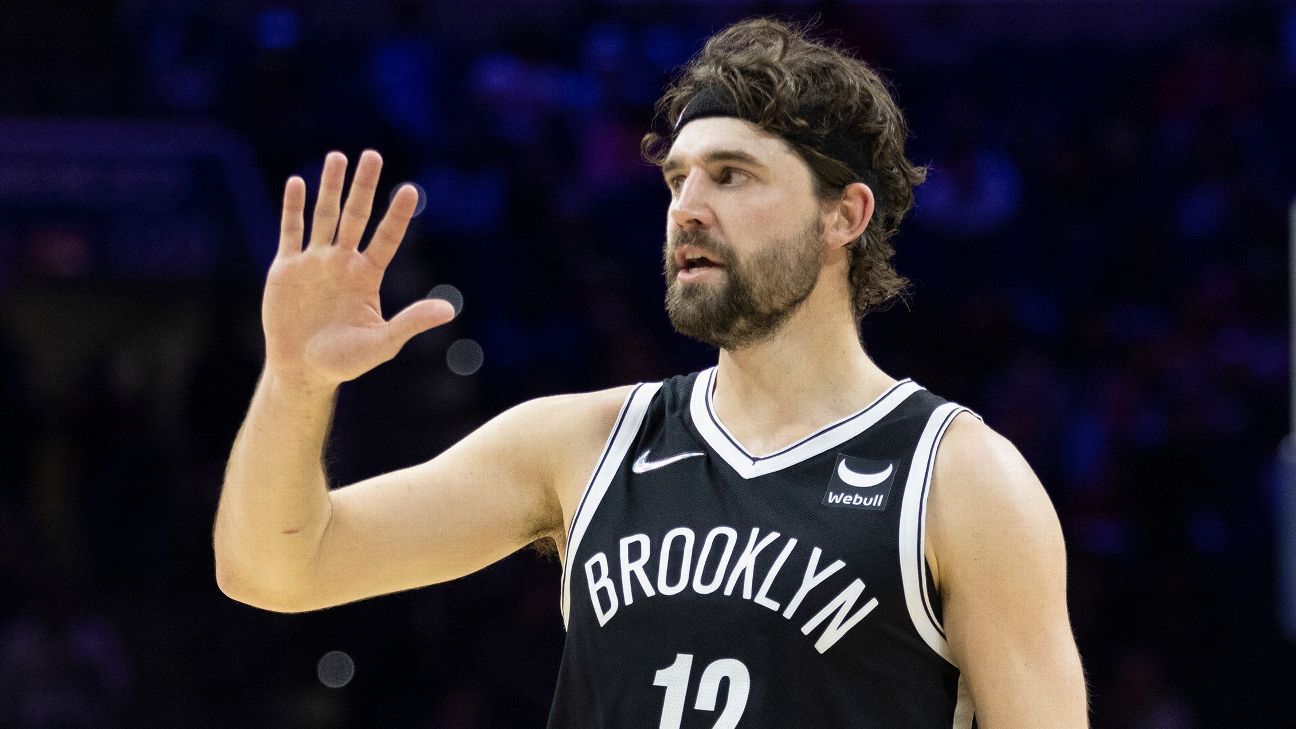 NEW YORK – The shooting guard for the Brooklyn Nets, joe harriswill undergo season-ending surgery on his left ankle, the team announced before Thursday’s game against the Miami Heat.

Harris had initial ankle surgery on November 29 and was only expected to be out 4-8 weeks, but his ankle never healed to the point where he could get back on the court and feel comfortable.

“Although Joe has worked diligently over the past several months to rehab his ankle and has exhausted all possible avenues to get back on the court with his teammates, it has been determined that he will require additional arthroscopic surgery in the coming weeks,” the Los Angeles general manager said. Nets, Sean Marks, in a statement. “While Joe is expected to make a full recovery following the procedure, he will sadly miss the rest of the regular season and the playoffs.

“We know how deeply disappointed Joe is to miss this stretch run, but he remains a huge part of who we are as an organization and while he won’t be able to contribute on the floor, his presence and positivity on the team will continue for all.”

Harris tried to go through different rehab jobs over the past few weeks to get back on the court, but Nets coach Steve Nash repeatedly said Harris was never able to progress to the point where he was able to join the Nets in formal practices.

“He’s just a quintessential teammate,” Marks said in an interview with YES Network before the game. “He is what defines a Brooklyn Net… We feel terrible for Joe and we all know how much he means to this group.”

The Harris news comes as star forward, Kevin Durant, returned to the court after a month and a half due to a sprain in the anterior cruciate ligament of the left knee. Marks also said during the interview that the new forward Ben Simmons he will still be out due to a back problem. Simmons’ return to the court remains unclear. He hasn’t played since last May after requesting a trade from the 76ers over the summer.

“Unfortunately, the stiffness in his back has delayed his ability to get on the court with his teammates,” Marks said. “So he’s been rehabbing himself lately and now he’s going to progress through this week with some individual work, hopefully by the end of next week he’s getting more involved in the team environment and then we can really ramp up. and put it in a sort of game form and so on.

“Even though there’s no real schedule, we have to take it day by day and see how he responds. And hopefully, the sooner the better, we need to get this group together and get minutes on the floor together.”