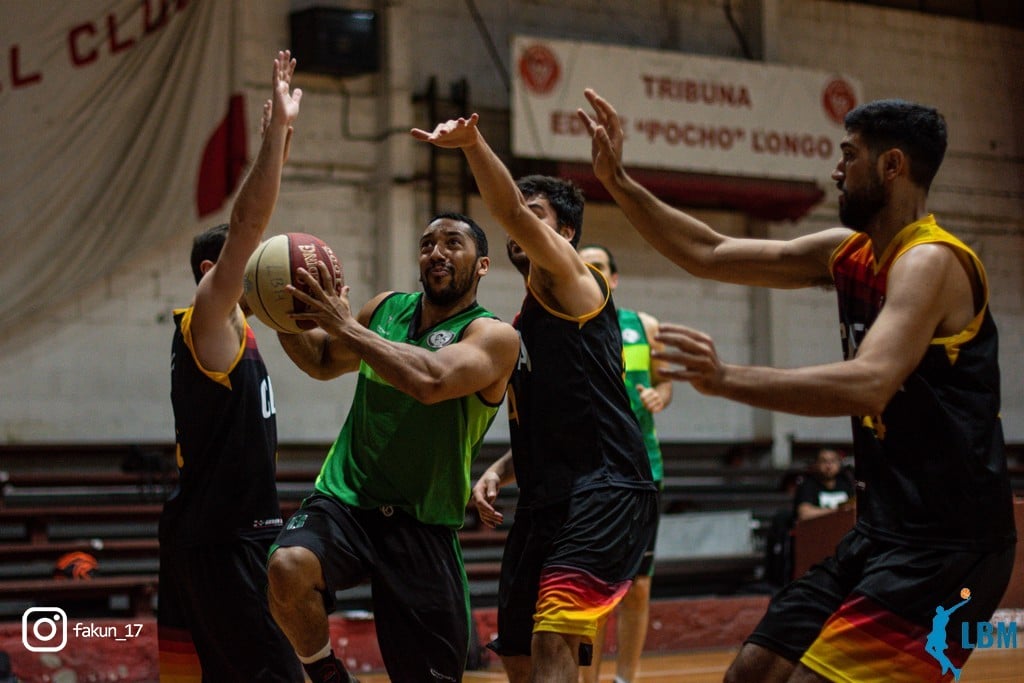 The third date of the LBM Special Cup has gone, where the tables begin to split in the face of the classification of the three cups in dispute. Everything, we tell you in our classic weekly report.

Mercadito left Mechasky as a shoemaker, to remain an escort. He beat him 82-68, with 21 points with Lucas Consani. 5 Pal Peso was left with the leaders’ duel and was one step away from the Gold Cup. He beat a Celta Desvirgo who had no rotation, by 85-78, with a triple by Mauro López, who closed the match. In addition, he was the scorer with 26 points, seconded by Willy Ramírez with 23. Tokio Yakuza, scored the first victory of the Cup, beating La Gaby, 58-54. Diego Martínez, with points on the closing, was crowned as the figure of the match that he had to close.

The three teams at the top of the table won, splitting the group. Sportivo La Lechuza remained as one of the leaders, beating Kodak, 59-54. Despite having entered 17 in the fourth quarter, the loser managed to get to 5, but did not reach him. In the second hour, Bacanos United also rose to the top, beating La Garra, 65-53. Palermo Dardorland escorts them, by beating Saapbee, 33-28, in a super locked game.

Palermo State went on to command the group, crushing Los Secuaces del Pato, 97-70. Banco República got on the escort lot, beating La Sede, 71-62. Camilo Mariño was the figure with 25 points, and also was important to close the game, along with Ignacio Rebellato. Diego Parada was also important with 20 points. Chalas Negras, achieved a resounding victory, 90-51, over Nos Hablamos, with 34 points from Gonzalo Brea and thus, climbed to the second step of the group.

Peñarol Amateur achieved its first victory, after beating Redeption in extension, 62-58. Despite the fact that Santiago Baldriz managed to stretch the game with free practice, Bruno Álvarez, with better effectiveness from the line than his rival in the supplementary. sentenced the game. Millán and Raffo took advantage of this to become the only leader, by defeating Zum Felde Pistols, 55-48, finishing him off with a triple by Darío Pereyra and free from Leandro Rodríguez. Abduken also added for the first time and left the bottom of the table with four equal teams. He beat Ñoquis from 29 to 74-70, with a triple by Emiliano Suárez, he finished putting definitive figures to the match.

La Marrón climbed to the second step of the table, beating 2Kamikazes, 60-51, taking advantage of the 14 advantage that it generated with four minutes remaining. The two-time “A” champion, Capitol, took command of the group, defeating Dardorland Palermo in a pointers duel. He beat it 60-54, thanks to the 15 advantage with which he entered the last five minutes. This was taken advantage of by América, which crushed La Costa Cabras, 81-41 and climbed to second place. The loser was condemned to play the Bronze Cup.

August 25 remained a leader, beating Darseneros, 83-72, with 28 points from Agustín Pavón. Much, he left CHBA as a shoemaker, to climb the second place. He beat it 71-55, with 24 points from Nicolás Alves. Second Ball, he also remained as a guard, by beating León, 54-48. Rodrigo Cuña on bass was key to close the match.

Medellín Cartel won an important victory over Niupi, to stay one point behind the leaders. He beat him by 48-44, in a game he entered the last quarter, with a 16-point advantage and despite that, his rival was put at 3 and had the last to equalize it, but it was outside. Zoon Politikon beat Parque Rodó 44-42 and was the leader. Marcelo Estigarribia was key in the end to secure the point. Cimarrón, despite the bad start, crushed Cagancha Square Dogs, 67-34 and was also a leader.

Clash of escorts early in the morning, where Caimanes, fell to GOAT, winning 75-69, with Augusto Acosta as a figure with 20 points, and a fundamental closing of Calzadilla Rondeivi. Arrabal also remained in the second step, with a 54-41 victory over the Last Quarter. The leader, Flint Tropics, fulfilled the logic against the cobbler, Vende Smokes, and beat him 48-38.