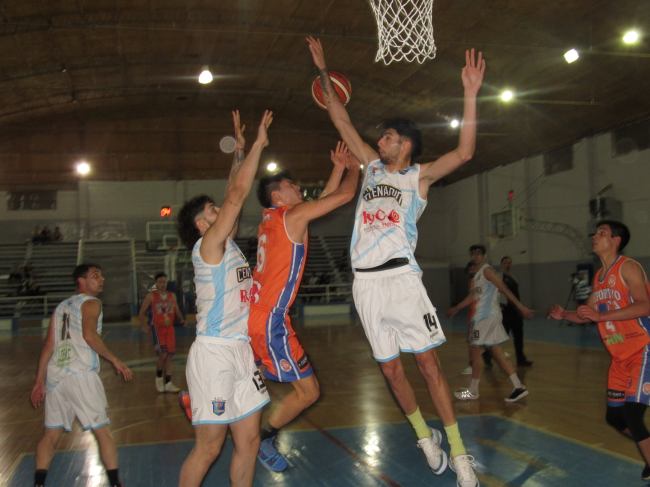 The Pre-Federal Basketball Tournament, which brings together teams from Neuquén and Río Negro, He played his second date in full last night with several attractive games and teams that are shaping up to fight for the title.

For zone 1, Centro Español became strong in the Temple in a tough match against Deportivo Roca (1-1). It was a 71-65 victory for those led by Patricio Denegri, they had to work to achieve the second victory of the championship.

The place was always in front of the hand of Mario Sepúlveda, author of 16 points. Both in the first and in the third quarter, El Torito took advantages but Naranja fought with Agustín Sánchez as top scorer with 20. With Alejo Abadía and Facundo Troncoso managing the times, Español closed it better and sealed the victory.

Pacifico (2-0) again distributed the scoring and, with Angelo Sasso (16) and Facundo Ramadori (14) as standouts, he won 94-69 over Cinco Saltos (0-2). The best of Deca was seen in the second quarter with an impeccable defense and with the amazing effectiveness he made the meeting definitively. Erick Freeman, with 31, was the top scorer of the game and of the date.

Petrolero started great and achieved another comfortable success (2-0 record), in this case at home. It was 88-67 for the Matador over Centenario, who came close in the second quarter, but reached the end of the game without a chance. Juan Ávila (26) and Matías Carneglia (20) spearheaded the offense of Sergio Bellandi’s team, while Matías Arias (24) He stood out in La Colonia, who still could not win (0-2).

For zone 2, Biguá and Pérfora starred in the tightest duel of the six that were played. In addition, Mauricio Santángelo’s team achieved its first Pre-Federal victory with a 71-70 that was highly celebrated in ‘El Nido’ in the Neuquén capital.

The game was closed and with several changes of command in the scoreboard. At the end of regulation time they equalized in 66. David Fric (25) in the internal game, and Lautaro Riego (22) were the best in the premises, while Julián Fedele (24) stood out on the visit. In the extra 5 minutes, Biguá made fewer mistakes and defeated Plaza Huincul’s Verde by just one point.

Independiente is in the lot of favorites and confirmed it with the resounding victory away in Corpofrut over Cipolletti by 101 to 62. In Marcelo Remolina’s team, all the players in the squad scored with 4 in double digits: Lucas Villanueva (22), Santiago Isolabella (17), Pablo Almendra (16) and Agustín Montero (12). El Rojo won the last tournament played with teams from the two provinces, Integración 2019.

In the Giant of Maipú Street, Del Progreso and Plottier played a nice game, with many alternatives. It ended with a victory by 72 to 66 for the local, that had very good passages between the second quarter and the first minutes of the third, but between the potholes and the triples of the visit, the difference at the beginning of the last quarter was just 4 points. Marco Roumec’s performance (30 points) was decisive throughout the match. The contribution of Diego Agnoli (10) in the driving was also important, while Nataniel Rodríguez (26) with 4 triples was the best of the visit, who played his first match in the contest.

This Friday there will be a date again with: Centenario-Pacífico, Spanish-Petrolero, Unión-Cinco Saltos, Atlético Regina -Cipolletti, Independiente-Biguá, Pérfora-Plottier. The two Roca teams are free, the Depo and Del Progreso