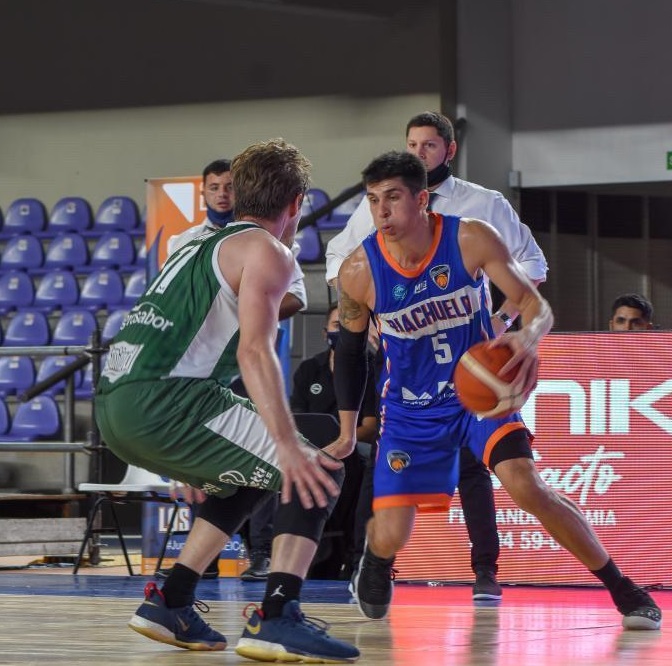 Demian Álvarez spoke with Basketball Total about his passage through the Argentine League (former TNA) defending Riachuelo’s shirt and what is coming with his next team, Larre Borges when El Metro starts at the end of this month.

“My experience was very good in Riachuelo, I came when the team could not find a course and lost the games by very little, it was difficult for them to win being an institution that does things well”the perimeter began saying.

The opportunity to play basketball at the La Rioja Super Dome and the type of basketball player on the neighboring shore was also something to highlight for Demian: “Playing on a court like the Dome where the Argentine National Team played is incredible, in turn the player here is well founded, occupies the spaces well and is a different basketball.”

On his passage he analyzed: “I am happy, with my arrival the team began to win, we were competitive and even though it didn’t give us a chance to enter the playoffs, the club changed the image. It was the first time I had played this competition ”. In turn, a door was left ajar for the future: “We are talking to see if I return next year, I have other offers to evaluate and see well what I am going to do.”

Álvarez made a general balance: “It was all super positive, the team won important games and as for my individual numbers they were good and I was able to contribute to the team, the negative was not being able to enter the playoffs.” In the Argentine League, Demian Álvarez averaged 33.02 minutes, 16.7 points, 4.7 assists and 4.3 rebounds.

The former Stockolmo, Biguá and Aguada among others spoke of his new passage through Larre Borges: “I arrive in very good physical condition for the dispute in this Metro, which is a very difficult tournament but with a very good team and we are candidates. To go up we have to work a lot, I think that is the only objective that Larre Borges has which makes the margin of error practically zero ”.

Álvarez anxiously awaits his return to Uruguay, “I am very happy and excited about my return and to be able to give Larre the promotion since he is an institution that deserves it because he has been doing things very well. The club has grown a lot and is beautiful, so I hope to be there as soon as possible to join the team because the tournament begins on the 30th, I leave one competition to join the other one ”.