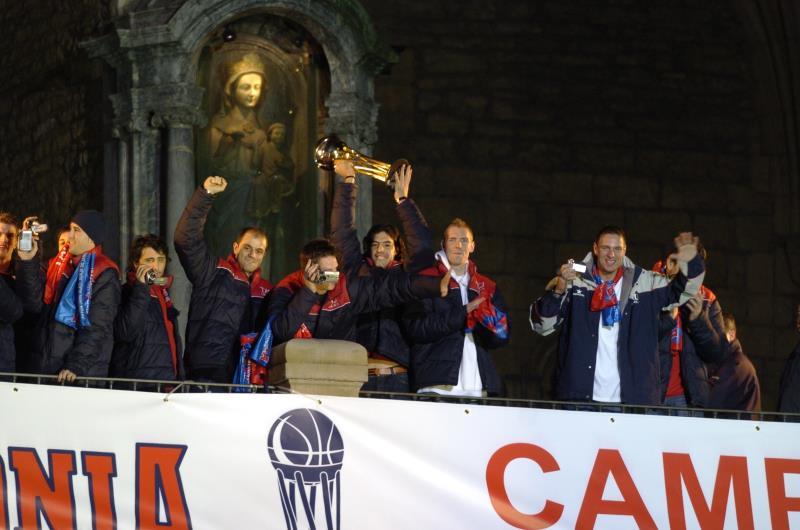 Vitoria, Aug 3 (EFE) .- The Baskonia fans fired Luis Scola on Tuesday after his farewell to the Argentine team after falling in the quarterfinals of the Tokyo 2020 Olympic Games against Australia (97-59). The leader of the Albiceleste team left an indelible mark during the seven seasons in which he defended the Barça shirt.

In fact, the most important power forward who has passed through the Buesa Arena, made the leap to Europe at the hands of the Vitoria team in the 1997-98 season, which agreed to transfer him to Gijón Baloncesto for two years.

Later, and after making his debut with the Asturian team in the ACB League, he played for seven seasons at Baskonia under the command of Dusko Ivanovic, Pedro Martínez, Velimir Perasovic, Natxo Lezkano and Boza Maljkovic.

In Vitoria he showed all his possible qualities in basketball. Nobody remembers a footwork as effective as that of “Luifa”, who despite his shyness off the field, hooked the public inside it.

After Marcelo Nicola, he was the second Argentine to be successful at Baskonia and he knocked down the door of the Basque club so that the vast majority of players who once formed the successful “Golden Generation” could pass through it.

In seven successful years, he had time to conquer an ACB League (01-02), three Copas del Rey (01-02, 03-04, 05-06), three Super Cups and three other qualifications for the Final Four of the Euroleague consecutively between 2005 and 2007. He also reached the final of the first edition of the Euroleague in the 00-01 academic year, although he knelt before Manu Ginobili’s Kinder Bologna.

After the confirmation that he will not wear the Argentina shirt again, the social networks of Baskonia fans have exploded and have been filled with messages of gratitude to a player who marked the past and surely the future of the Buesa Arena club.

It will be very difficult for any player to catch up with Buenos Aires, a machine that multiplies his statistics, which enabled him to make the leap to the NBA and be chosen twice in the best quintet in the Euroleague (05-06 and 06-07).

Luis Scola maintains his hegemony in various statistical sections in Baskonia history in the ACB League. He is the highest rated with 5,037 credits and the top scorer with 4,484 points. It is also, to date, the one that has made the most two-point throws (1,843) and the one that has received the most fouls (1,151).

The Argentine interior can also be seen in positions of honor such as rebounds and recoveries and is only surpassed by Pablo Laso and Alberto Ortega in minutes played with the Vitorian team shirt that will honor his past when he decides to hang up his boots, a decision you have not made yet.