Welcome to the Post-Pandemic League.

A new and exciting season begins, 2021-22, many think that it will be the “private preserve” of Movistar Estudiantes, but this LEB Gold will probably be the one with the highest competitive level in the history of the competition.

In the last year, despite the constraints of the COVID measures, we were able to enjoy maximum equality, a league divided into two interesting groups in which we had clear candidates for promotion and talented applicants who could surprise. In one of the most exciting playoffs in living memory, the decision was made to grand final between Coviran Granada and Rio Breogan, being the Galicians who got the Golden ticket to the Endesa League.

In the new season ahead of us, and according to the templates that we are going to analyze below, it can be assured that the differences that could be seen a year ago have been shortened even more. The court factor takes on a special relevance, we come from empty pavilions and we once again have stands with an audience, how will this affect especially the tight finals?

Passion, emotion, tactics, technique … all those elements that adorn the orange ball, come to the fore to give us a few months of authentic BASKETBALL. 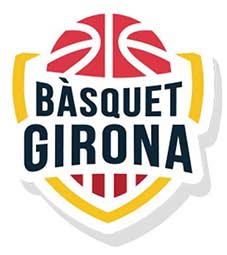 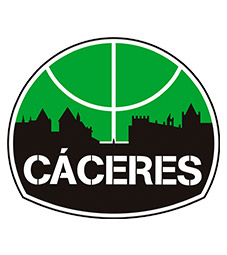 CHANGES / INCIDENTS DURING THE SEASON

NOVEMBER 5, 2021: Lesions are primed with the Castelló TAU. If the first game his franchise player Edu Durán was seriously injured, the last game against Girona in a set of the game, in a divided ball Jorge Bilbao made a bad support with the thumb of his right hand causing a ligament tear, To which must be added the setback that occurred in the match against Lleida, where Kai Edwards was hit by an opponent on top of him and caused a twisting of his knee that will prevent him from playing this weekend in Melilla.

NOVEMBER 3, 2021: Marc Martí is already recovering with the desire to return. The Unicaja Banco Oviedo player spoke about his injury at the microphones of the Podcast with Orange, the official podcast of the Oviedo Club Baloncesto.

NOVEMBER 3, 2021: De Jong leaves Movistar Student. Once the temporary contract between Movistar Estudiantes and the player Nicolas De Jong ended, the French-Dutch center did not continue in the collegiate team. The club appreciates his professionalism and wishes him luck in his career.

NOVEMBER 2, 2021: CB Prat loses height. CB Prat and John Florveus have reached an agreement and parted ways after a short journey as a potablava. The American returns to the USA to start a new sporting stage and the El Prat de Llobregat team is left without the roof of the team born in New Tork 31 years ago, after a discreet contribution to the team.

OCTOBER 27, 2021: Jeff Xavier, new player for Unicaja Banco Oviedo. Guard Jeffrey Nunes Xavier (Pawtucket, Rhode Island, September 7, 1985), is a new player at Unicaja Banco Oviedo after the agreement reached between the two parties this week. Xavier, the foreign player with the most LEB Gold matches, 284, will reinforce the outside positions with his veteran position, a profile that the club was looking for to prop up the squad.

OCTOBER 26, 2021: Acunsa Gipuzkoa loses Steinarsson between 3-4 weeks. After evaluation by Dr Lapitz, club traumatologist at the Quirónsalud Donostia Day Hospital (Club referral center) and complementary tests, Aegir Steinarsson has a grade ll / ll sprain in the LLI and a focus of bone edema in the internal femoral condyle in the right knee. Rehabilitation and rehabilitation therapy begins today in Ammma Donostia. The estimated incorporation period is 3-4 weeks.

OCTOBER 26, 2021: Shaquille O’Neal Cleare returns to ICG Força Lleida. For Shaq, this will be his third season at the club, lived in two different stages. In his previous experience in Lleida (2018-2020), Shaquille arrived with the season started to reinforce the team’s inner game. He played 24 Regular League games, averaging 11.3 points, 4.5 rebounds and a PIR of 10.6 per game. With his 2.03 m tall, Shaquille Cleare arrives to complete the team’s inside game.

OCTOBER 24, 2021: Pablo Ferreiro joins Levitec Huesca La Magia temporarily, one month’s contract initially. Ferreiro during the past campaign, who played in the ranks of Liberbank Oviedo Baloncesto, averaged 1.9 points, 1 assist and 1.4 rebounds in the 10.5 minutes he played on average per game.

OCTOBER 21, 2021: Wesley Van Beck joins the Palmer Alma Mediterráena Palma. A player with good athletic ability, he stands out for his lower body and his good long shot that allows him to be valuable to the team both in defense and attack. During this last year he has played for Tigrillos de Antioquia, coinciding with Toni Vicens, a former player for Bahía San Agustín. Van Beck, during his time as a player in the University League (NCAA) played in the ranks of the Houston Cougars of the University of Houston. There he played from the 2014-15 season to the 2017-18 season, the season in which he ended his time in American college basketball, joining the South Bay Lakers of the NBA’s G League the following year to sign in the 2020-21 season. by the Tigrillos de Antioquia of the Colombian Basketball League.

OCTOBER 20, 2021: Marc Martí will miss the entire season. The Unicaja Banco Oviedo player Marc Martí suffers a complete tear of the anterior cruciate ligament and the internal meniscus, produced during the dispute of the third day of the league last weekend and causes a loss for the entire season.

OCTOBER 18, 2021: Edu Durán will have to undergo surgery. The medical services have confirmed that the Madrid guard suffers a tear of the anterior cruciate ligament that will keep him off the slopes probably all season. Edu will have to undergo a surgical intervention whose date will be known shortly. Given the long-term absence of Durán, the club and the technical management will assess the possibility of signing a player in the coming days.

OCTOBER 18, 2021: ICG Força Lleida sign Slovenian forward Matej Kava. The player, international in the lower categories with the national team, arrives in Lleida after playing last season in the ranks of CB Valladolid, also in the LEB Oro. In the Castilian team he signed averages of 4.4 points and 1 rebound in 12.3 minutes per game on average. Kava had previously played in the NCAA with the universities of Seattle, first, and Nebraska, later, with which he achieved good numbers although a hand injury suffered during the 2019/20 season prevented him from finishing his last year of university .

OCTOBER 17, 2021: Melilla Sport Capital power forward Thomas De Thaey will not participate in the match against HLA Alicante corresponding to the third day of the LEB Oro. The Belgian suffered a fortuitous mishap in his right knee during the last training session and, although the player completed the session, his discomfort has made the player not travel with the rest of the expedition to Alicante and stay in our city to be subjected to medical tests that reveal the extent of your injury.

OCTOBER 15, 2021: Geks and Fernando Revilla, officially presented at the UEMC Real Valladolid. Both players closed the round of presentations and Alejandro García Pellitero announced that Mike Hansen will be honorary president of the Club.