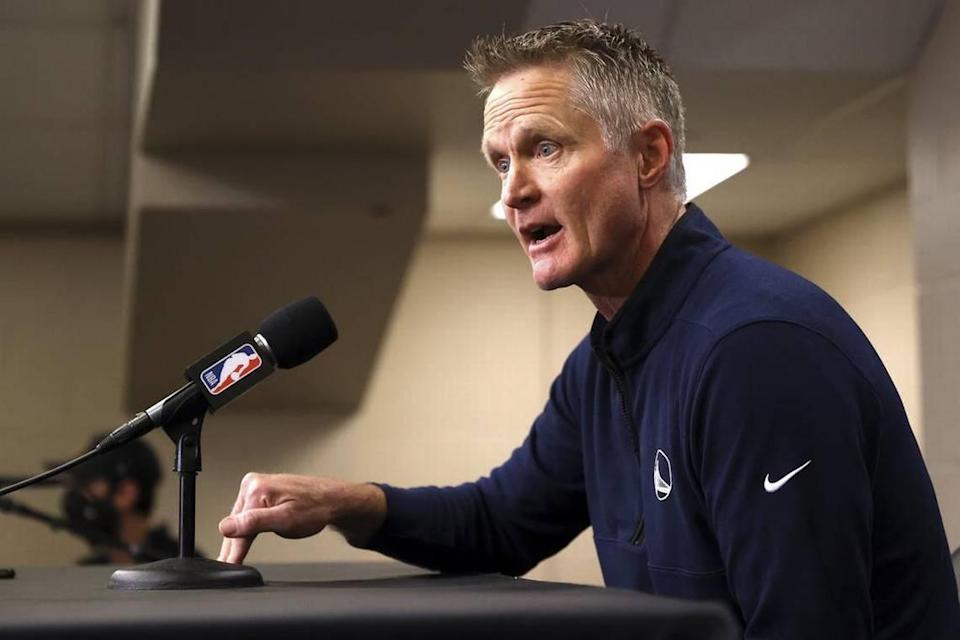 Steve Kerr, coach of the Golden State Warriors and one of the most respected voices in the NBA, exploded on Tuesday against Republicans for rejecting firearms control in the US after the shooting in Texas in which at least 18 minors were killed and a teacher.

“I’m not going to talk about basketball today (…). No basketball question matters”, began Kerr in his press conference before the fourth game of the West final that is played tonight in Dallas (Texas) between the Mavericks and the Warriors (0-3).

“Since we left training this morning, 14 children (the death toll later rose to 18) and a teacher have been killed 400 miles from here (644 kilometres). In the last ten days, we have had elderly black men killed in a Buffalo supermarket, Asian churchgoers killed in Southern California, and now we have children killed at school,” he explained.

“When are we going to do something?!” he yelled.

On the verge of tears and with a gesture of rage at all times, Kerr pointed out that he is “very tired” of appearing before the media to “offer condolences to devastated families” after a shooting in the US.

Kerr then lashed out at Senate Republicans for being against a bill to tighten background checks on gun purchases.

This bill, known as HR8, was approved by the House of Representatives in 2021 but its process is still stuck in the Senate.

“There are 50 senators (the Republicans) who refuse to vote on HR8 (…). There is a reason they will not vote: to maintain their power,” he said.

“I’m asking you, Mitch McConnell (Senate Republican leader), and all of you senators who refuse to do anything about the violence, the shootings in schools and supermarkets. I ask you: Will you put your own desire for power ahead of the lives of our children, elders and parishioners? Because that’s what it looks like,” he added.

Kerr urged that everyone today think of their own “child, grandchild, mother, father, sister or brother.”

How would you feel if this happened to you today? she wondered.

“50 senators in Washington are holding us hostage. Do you realize that 90% of Americans, regardless of their political party, want universal background (to buy guns)?” he said.

Kerr alluded in this way to polls such as that of the Morning Consult firm and the Politico portal, which in 2021 ensured that 84% of Americans (including 77% of Republicans) support that all weapons acquisitions require background checks. .

“We are being held hostage by 50 senators in Washington who refuse to even put (the bill) to a vote, despite what Americans want. They won’t vote for him because they want to keep their own power. It’s pathetic! I’ve had enough”, he closed it with a new cry before leaving the press conference.