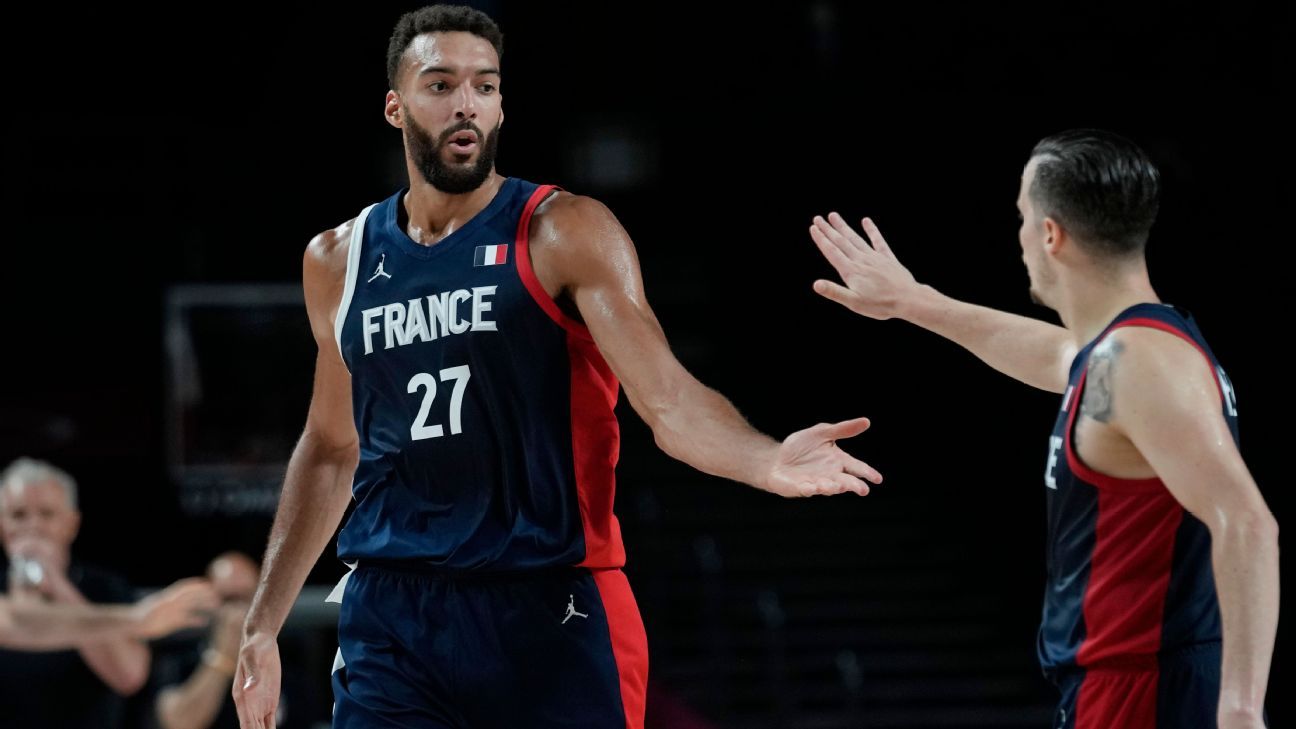 SAITAMA – The French national team will meet Luka Doncic’s Slovenia for a place in the final of the Tokyo 2020 Olympic Games, after having passed in quarters to an Italy that was able to recover and equalize the duel until the last two minutes of the meeting.

Fulfilling expectations, although in a much tighter way than expected, France will be fighting for the medals after beating a tough Italy, with Rudy Gobert (22 points and 9 rebounds) and Nico Batum (15 points and 14 rebounds) as key players, in addition to the offensive production of Evan Fournier (21 points, 3 rebounds and 4 assists).

The French team governed the rebound (33-49 in their favor) and was more successful in the three-point throws (7 of 22, 32% correct by 21% Italian), but lost a score of balls, something hardly excusable For a group of its category, and above all, it had to suffer from the Italian competitiveness, with a great Danilo Gallinari (21 points and 10 rebounds) and again the success of Simone Fontecchio (23 points)

Italy, a team that supplies with character and battle a squad that is not flashy, climbed under the beards of the French team from the beginning. Fontecchio and Achille Polonara made a 6-0 partial to give an initial lead to Italy (12-6, min. 4), which France turned around in three minutes (16-18), although again the Italians took off at the end of the quarter (25-20).

It took a lot of effort for France to lead the party towards its interests. From 42-43 at halftime he managed to stretch it to ten points, the highest income so far, with 46-56 in the 24th minute.

Everything seemed done when the French team dominated by 13 points at the end of the third quarter (51-64, min. 28), but the Italian competitiveness has no limits and they came to equalize the match 6 minutes from the end (66- 66, min. 34).

The duel was kept in a close distance until the last two minutes (73-73). Batum hit from 6.75 meters, the next two Italian attacks were unsuccessful and Gobert got and hit two free throws that tasted like gold in the absence of the last minute (73-78).

The Utah Jazz center committed a foul taken by Danilo Gallinari, but made up for it by running to the gap in the zone that Heurtel found to hang on two hands. This time the triples of Fontecchio and Gallinari did not arrive in time to save Italy that was eliminated from Tokyo 2020. France will meet Doncic and company for a gap in the Olympic final.

INCIDENTS: third match of the quarterfinals of the men’s basketball tournament of the Tokyo 2020 Olympic Games, played at the Saitama Super Arena, without spectators due to the sanitary measures against the coronavirus pandemic.