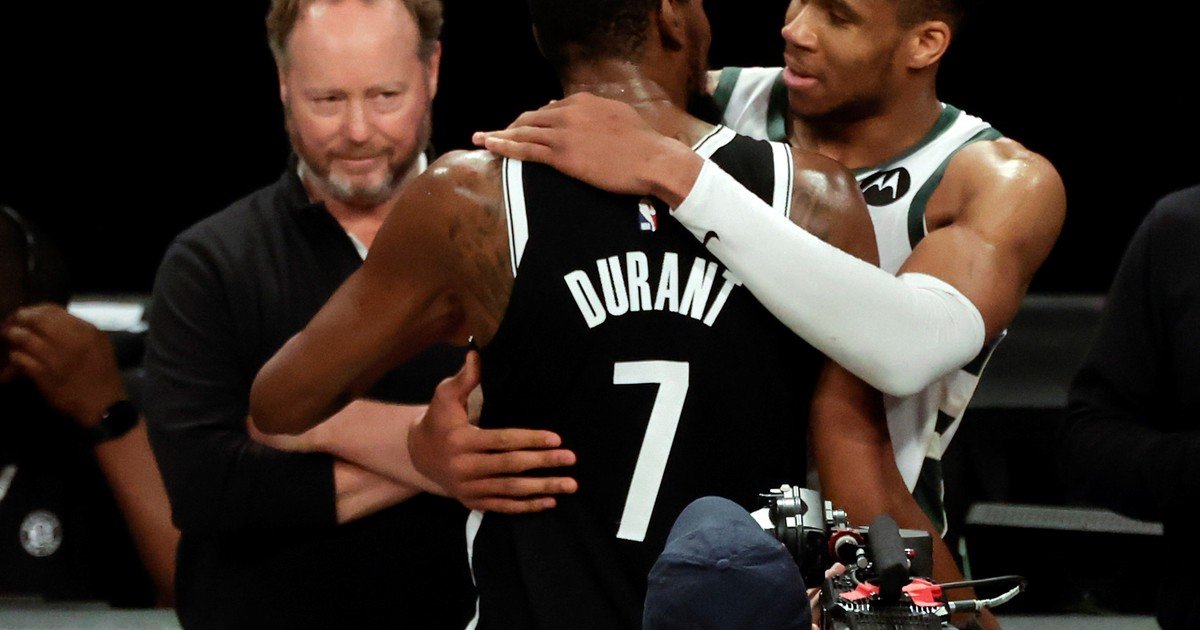 The suspense ended in the semifinal tie of the Eastern Conference with the seventh game full of emotion and intensity until the last second of the supplementary that fell on the side of the Milwaukee Bucks by winning 115-111 on the road against the Brooklyn Nets.

For the first time in 15 years that a series of semifinals was not decided in the seventh game in overtime, since the Dallas Mavericks eliminated the San Antonio Spurs in the 2006 Western Conference.

This time, the star forward Kevin Durant, despite completing another memorable match in the individual section with 48 points scored, an NBA record for a seventh game, could not get the triple in the final seconds of overtime that would have changed the story of the match.

Giannis Antetokounmpo dunk for the Bucks.

The double-double achieved by Greek power forward Giannis Antetokounmpo, who contributed 40 points with 13 rebounds, was decisive. and made it to the Eastern Conference finals for the second time in three years, after last they were eliminated in the semifinals by the Miami Heat. The Hellenic added his fifth straight game with 30 points and 10 rebounds, tying Kareem Abdul-Jabbar’s franchise playoff record set in 1974.

The work that the forward starred in Khris middleton he was key in the Bucks’ triumph and the elimination pass, as was the defensive game of point guard Jrue Holiday, the great acquisition of the winter break, and of Cuban-American center Brook López. Middleton, who was decisive in the sixth game, in the seventh, played at the Barclays Center in Brooklyn, scored with a jump shot the double that broke the tie on the scoreboard with 40 “remaining in overtime.

The mourning of the night.

The Bucks’ All-Star forward finished with a double-double of 23 points and 10 rebounds, which allowed the Milwaukee team to start thinking about the next rival that will come out -this Sunday, from 9pm- of the winner of the tie between the Philadelphia Sixers and the Atlanta Hawks, with the series tied (3-3).

This is the playoffs