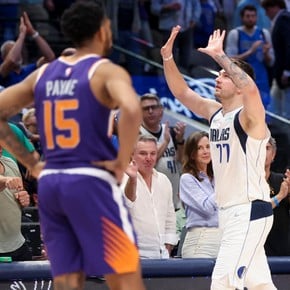 Mouth (5th in the initial phase) is the second classified to the semifinals of the National League. The Xeneize finished getting the ticket last night, for the 86-77 victory against Penarol (4th) in La Bombonerita, where he sealed the 3-1 quarterfinal series that started with two victories in Mar del Plata.

Leonel Schattmann, with 30 points (5-9 doubles, 3-7 triples and 11-11 doubles), was the star of the match. Bruno Sansimoni scored 21 for Peña. The rival of the team led by Gonzalo García will be none other than Quimsa (1st), Santiago team that arrives as favorite and swept Oberá 3-0 (8th).

From the jump won by Kevin Hernández and the layup scored by the pivot for the 2-0, Boca led the score throughout the match. He took the first quarter 25-16 and, thanks to 23-19 in the second, he went into the break with a good difference of 13 points (48-35).

It is carried by Leandro Vildoza (Marcelo Endelli / Liga Nacional).

However, Milrayitas, with a good contribution from Sansimoni -8 points in the quarter-, brought it closer to 7 (65-58), and already in the last quarter he got to two (70-68) with a triple from the point guard who had given victory to his team for 1-2, also with another bomb.

However, when the potatoes began to burn, the locals closed a 6-0 run (key for that moment) with Schattmann, Boccia and JJ Avila, which allowed him to breathe. Then, Boca moved away again and kept it until closing.

As for the other series of rooms, Regatas (6th) was able to discount in Corrientes and now it loses 2-1 with Instituto (3rd), which it won 97-91. The fourth, at the same venue, will be played this Monday.

The other can be sealed this Sunday, also in Corrientes. After the rout 73-53 on Friday, San Martín (7th) got 2-1 against Gimnasia (1). At 22 they will be measured in the fourth match.

Who stays in the League?

As for permanence, Unión tied it with Hispano Americano and, on Wednesday in Santa Fe, they will face each other in the fifth to determine who follows and who descends.

Boca is in the semifinals