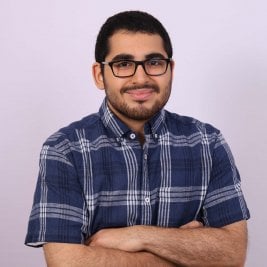 Brazil leads the competition medal table, while Argentina is third. Athletics, boxing and beach handball, some of the disciplines that start this week.

A new week begins at the III South American Youth Games Rosario 2022. After the end of the activity in sports such as 3×3 basketball, swimming, rugby 7 and tennis, new disciplines arrive. Brazil leads the medal table so far, while Argentina is third. Next, everything you need to know.

Until now, Brazil leads the medal table, with 89 in total: 39 gold, 27 silver and 24 bronze. For its part, Colombia follows with 50 (18 gold). Meanwhile, Argentina is third, with 53 medals: 15 gold, 12 silver and 26 bronze. Eleven of the 15 participating countries have already achieved at least one medal.

Among the highlights of the Argentine delegation, rugby 7 won two medals (gold for men, silver for women) and basketball 3×3 also two (gold in female, silver in male). Besides, Luciana Moyano shone in tennis and won three gold medals: women’s singles (she beat her compatriot Luisina Giovannini), women’s doubles (with Giovannini) and in mixed doubles (along with Lautaro Midón, with whom she had also climbed to the top of the podium at the 2021 Cali Valle Junior Pan American Games).

Rosario 2022: the emotion of the men’s rugby team after winning the gold 3×3 basketball and beach volleyball, the most colorful sports in Rosario 2022

3×3 basketball and beach volleyball were the disciplines with the most calls during the first days in the Parque Único Suramericano. A crowd took over Paseo 21 to cheer on the basketball boys and girls: there was encouragement from families and lots of music.

VIDEO: The celebration of women’s 3×3 basketball in Rosario 2022 The same thing happened with volleyball in La Rural. Even, on Sunday Teté revolutionized the Arena Stadium: lhe people went crazy when the meeting of the duo Facundo Doval and Marcos González ended: they invaded the field to dance with the official character. Both children and adults enjoyed the warm atmosphere of beach volleyball.

VIDEO: Teté, all the rage at Rosario 2022 beach volleyball According to the event’s organizers, about 587 thousand people came to Parque Independencia de Rosario to be part of the South American Youth Games since its beginning last Thursday, April 28.

Judo and karate will be the only disciplines this Monday and Tuesday. On Wednesday, futsal will begin. The rest of the sports that will close the event are hockey 5, badminton, beach handball, boxing, skateboarding, fencing, triathlon, speed skating, weightlifting, cycling and athletics. The Closing Ceremony will be on Sunday, May 8, at the Parque Independencia Lake.

Receive the latest news from Rosario 2022 and more!

All about Rosario 2022: the highlights, the color and what’s coming