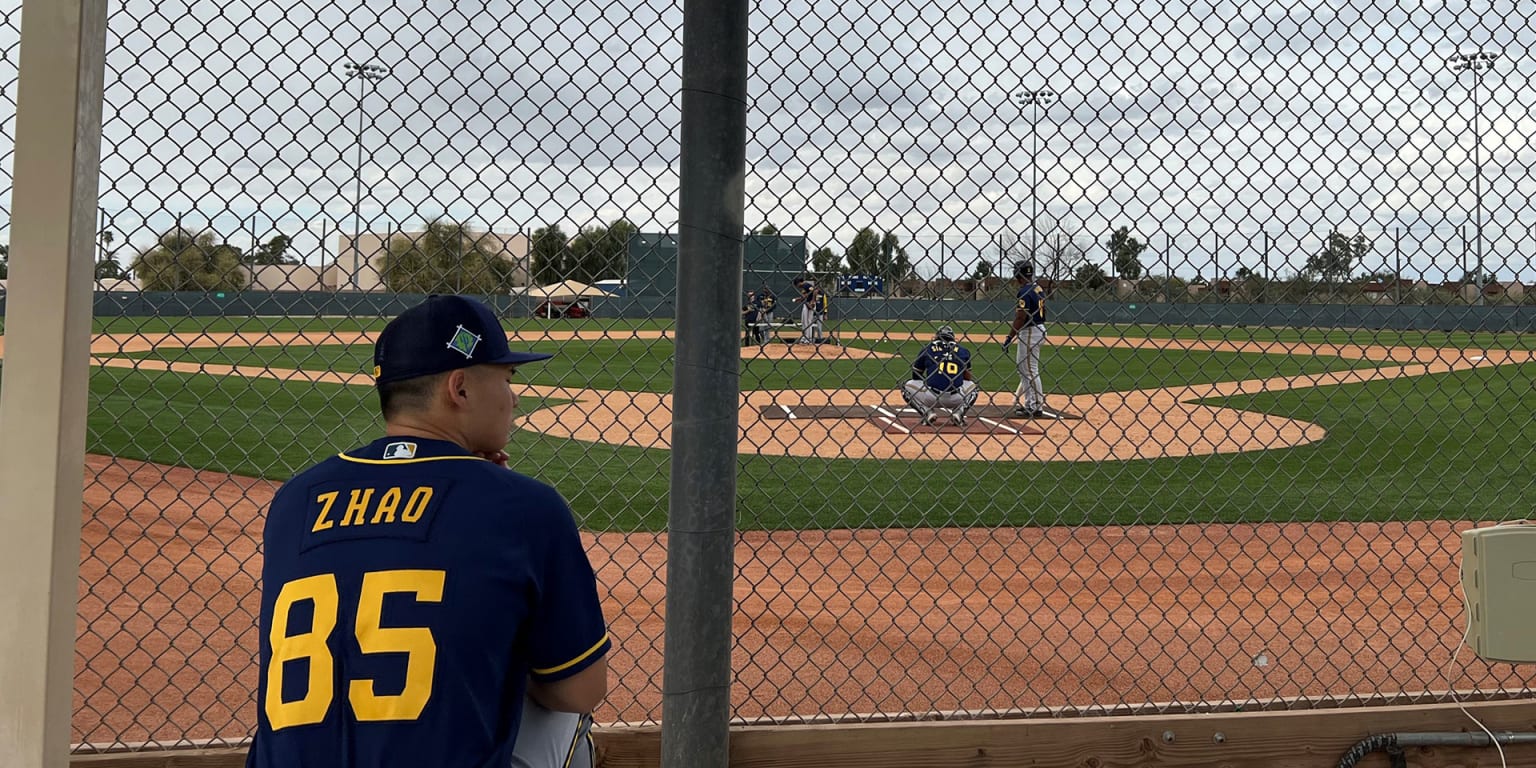 PHOENIX — The only player from Beijing, China in the Brewers’ Minor League camp has faced more challenges than most 20-year-olds.

Pitching prospect Jolon Zhao came to the United States in 2018, signed with the Milwaukee club and made his pro debut — all before his 17th birthday. In 2019, Zhao underwent Tommy John surgery and began a demanding year-long rehabilitation. He missed all of 2020 due to the pandemic and was unable to return to action like the other minor leaguers in 2021, due to problems getting a work visa that also arose from the pandemic.

He eventually made six appearances in the Arizona Complex League late last summer before participating in the Arizona Fall League. Last offseason, he lived and trained alone in Phoenix. All of that can be a lot for a young person trying to learn a new language and a new culture.

According to the Baseball-Reference.com database, only one player born on the Chinese mainland has made it to the Major Leagues. Harry Kingman, who was born in what is now known to American missionaries as Tianjin, spent four stints with the 1914 Yankees before pursuing a career in education and public service.

In 2007, MLB founded a development program in China to sow interest in baseball. Zhao emerged in 2018 as the top prospect with a 95 mph fastball. He traveled to the United States to pitch for the Alexandria Aces of the Cal Ripken Collegiate League, which had a 40-game schedule with teams in Virginia, Maryland and Washington, D.C. A video posted on Twitter by the popular Pitching Ninja account garnered attention of Brewers scouts, including Taylor Green, who played in the minor leagues against Ray Chang, now an executive with MLB’s China development program.

During a trip to evaluate talent in Colombia, Green contacted Chang.

“He was able to set everything up to communicate with Jolon’s family through a translator,” Green explained to MLB.com in 2020. “Jolon was in Maryland playing in that summer league. His parents were in China and we were in Colombia. Trying to navigate the process was amazing — from three continents — it was an incredible experience.”

Zhao’s next challenge will be a full minor league campaign. Due to his injury and pandemic circumstances, he has pitched just 17 innings in four years as a pro, including 15.2 innings in the past three years.

“After the operation, my body feels strong. I feel good”, declared the right-hander. “Now, here I am working hard. Working quite a bit. I’m just ready for anything, ready for this season.”

Do you have short-term goals?

“I would say challenge myself, go out at a high level and work as hard as possible,” Zhao said. “That is, trust myself.”

Zhao aspires to be 1st Chinese-born in GL