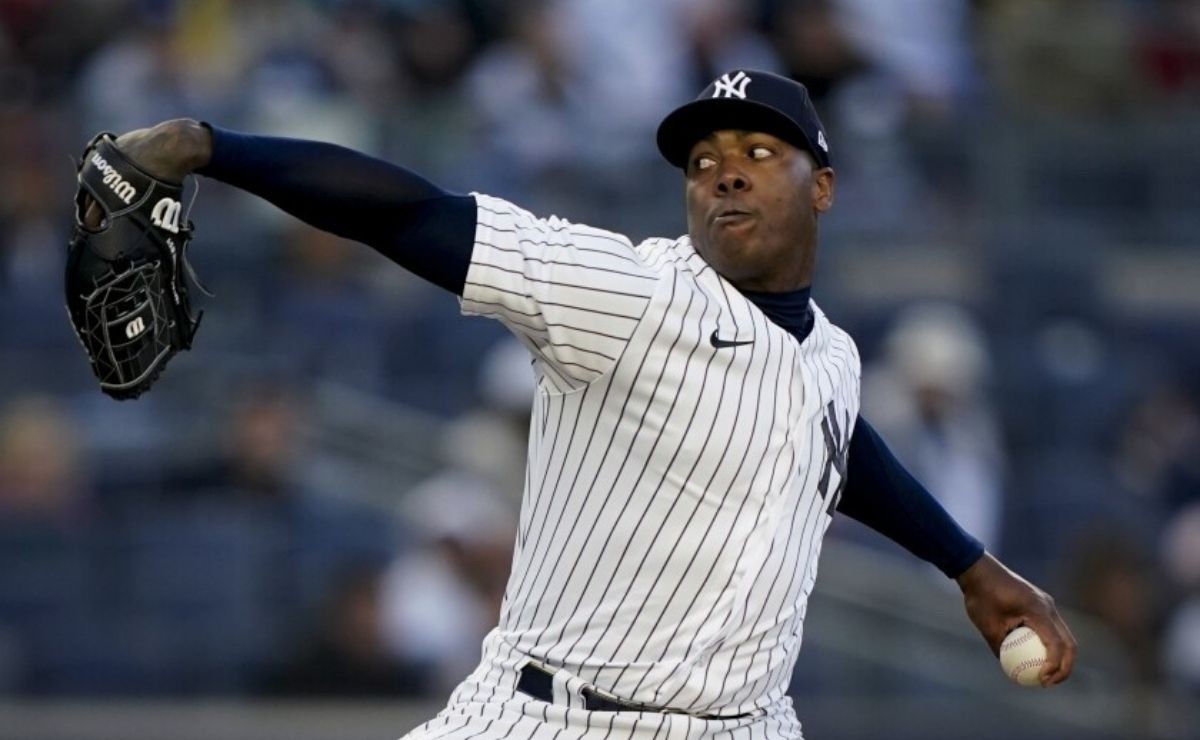 Aroldis Chapman has been criticized and singled out by fans and the media for the mistake he made in the game between the New York Yankees and the Baltimore Orioles. However, the debacle of the Cuban baseball player would have had a certain PitchCom influence that Major League Baseball (MLB) began to use from Season 2022.

Video cameras caught Aroldis Chapman having trouble understanding what was being said to him through PitchCom headsets during the New York Yankees-Baltimore Orioles game.

‘El Misil’ made facial gestures that would indicate little understanding of the instructions that came to him from the ‘Mulos’ dugout before a new ‘debacle’ in his performances was present on the field. Here the video.

The Cuban took the mound in extra innings when Friday night’s game was tied at one run per side and failed in his work, since he gave away a passport that allowed the Orioles to win with a ‘wheelie’ run.

While there would be many factors that led to Aroldis Chapman being defeated by Baltimore, the PitchCom situation could be taken into account, a device that the New York Yankees are not very happy about.