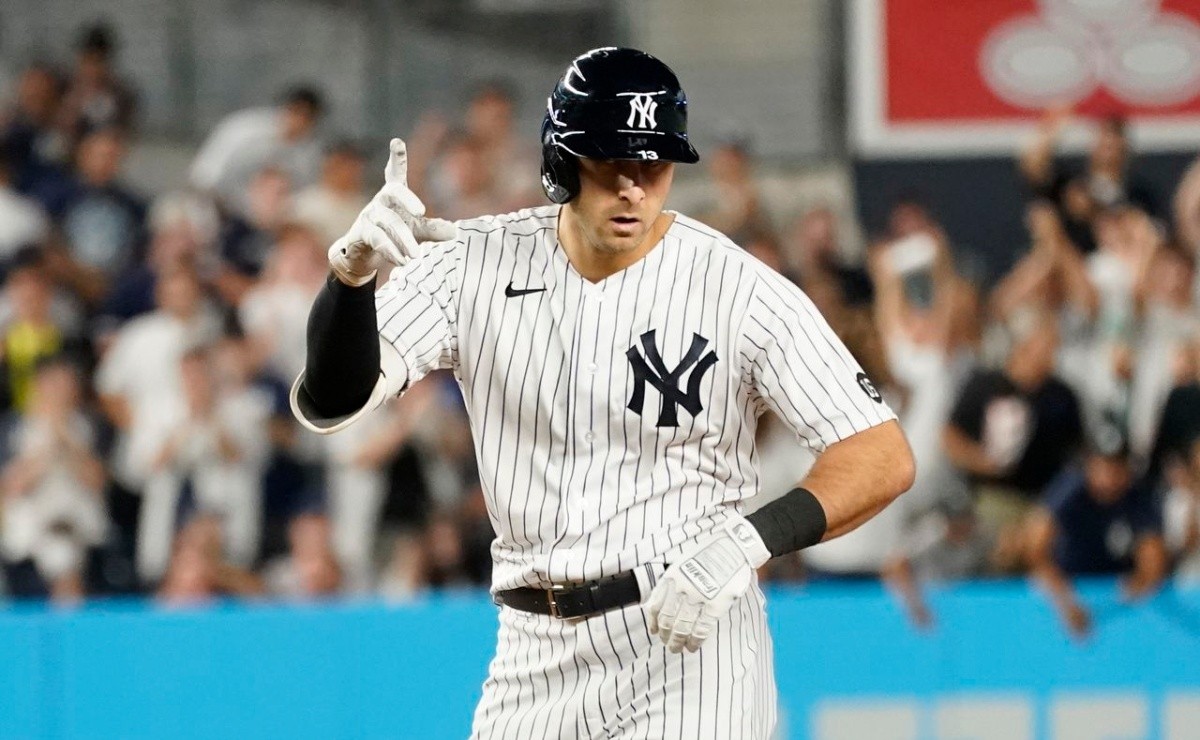 The home run of Joey gallo, the 29th of the season and the fourth as New York Yankee, produced the Yankees’ only two runs against the left-hander Jose Suarez. As Gallo circled the bases, at least one fan could be seen waving the red, white and green colors of the Italian flag, a display that Gallo took note of and said:

I remember coming here (New York) with the Texas Rangers and thinking, ‘Wow, this would be a great place to play. It makes me proud. I just ordered a shirt today that says “Italian Stallions” with me and [Anthony] Rizzo. I thought it was too good to pass up. “

Gallo, 1.96 meters tall, hit that home run in the bottom of the same first inning with a teammate on board and with an out on the board. The Italian-American gunner was third in the order and left fielder for the ‘Mules’. It was his only hit of the game.

It may interest you: Boone agrees to be impressed by one of his reinforcements He’s a very well rounded player

The Yankees had an excellent opportunity to add more runs in the sixth, when Suarez walked the three batters he faced before leaving. Facing reliever Steve Cishek, Stanton struck out and Luke Voit rebounded on a double play.