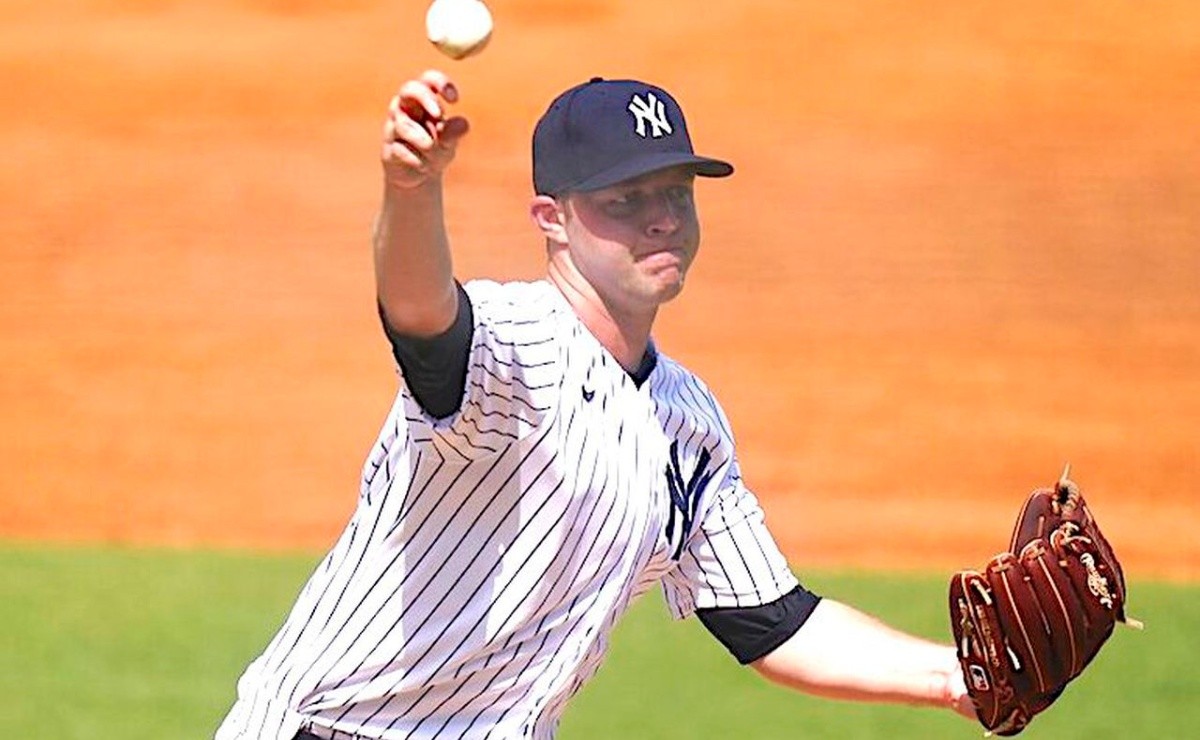 New York Yankees beat in a way not suitable for heart patients Toronto Blue Jays by shutout 3-0, this Friday night at the yankee stadium. The script of the drama had an unexpected ending, with a different artist than what is used in the Bronx.

It turns out and highlights that with a three-run lead, Aaron Boone, manager of the Yankees, brought in his star closer, Cuban Aroldis Chapmanm in the top of the ninth inning to get the last three outs against the Blue Jays:

However, oh what would be the surprise? ‘El Missil Antillano’ did not come in its day and put in predicament a great pitching effort by Dominican Luis Severino and the relievers. Chapman walked three straight and threw a wildpitch.

Cavan Biggio, Santiago Espinal and pinch-hitter Matt Chapman all walked the other Chapman, Aroldis, who left the game without getting an out. He threw 12 balls and only four strikes. He didn’t hit 100 mph (max was 98).

Boone entered the mound and asked for the ball; pulled by Michael King, who honoring his last name was unexpected ‘the king’, since with a full house and no out he struck out George Springer with three pitches and then forced Bo Bichette to hit a fly ball to second base, DJ LeMahieu , who caught it and threw to first, where Anthony Rizzo put Chapman out for a double play and the 27th out:

You can also read: MLB It’s time for Cashman to leave the Yankees, they say in the press

Thus, the ‘King’ King saved Aroldis Chapman and the Yankees from a catastrophe that would surely have caused more than one heart attack in the NYY fans. At the end, the Frank Sinatra tune played: New York, New York! and everyone happy and content in the Bronx.

Yankees: Aroldis Chapman fails and leaves the ‘ranch on fire’, but is saved by a King and some luck