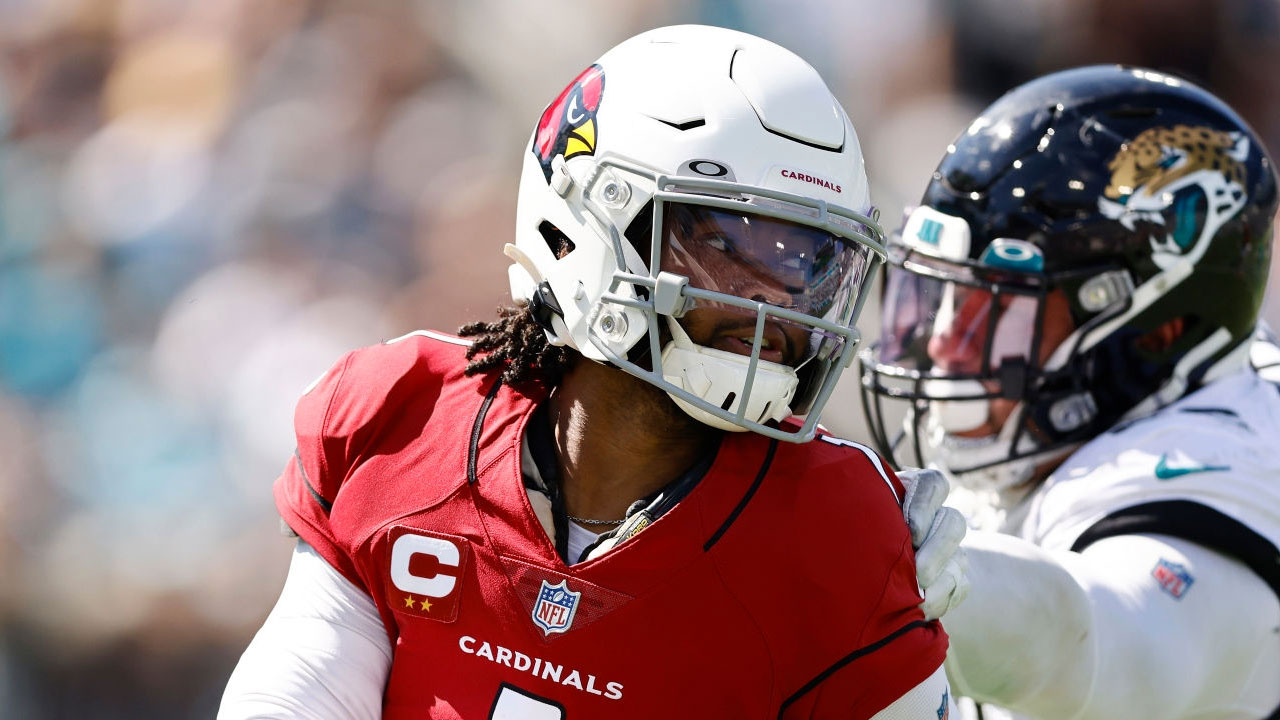 After Free Agency, the teams move on and are now focusing on the 2022 NFL Draft. This is the landscape of the Arizona Cardinals.

The Cardinals had an up-and-down season, largely due to a lack of team creativity in general, for which Kliff Kingsbury is responsible.

On the other hand, in 2021 we saw the breakout complete of Kyler Murray, becoming a Top 5 QB and dominating the NFL in shooting percentage. Big Time Throws of PFF with 8.1% (passes where he puts his WRs in the best possible situation), the fourth best passes worthy of turnovers with 2.1% and the fifth best in adjusted completion percentage with 77.6%. On third downs, Murray was the QB with the highest percentage of Big Time Throws with 15% and 0.2 EPA trailing only Justin Herbert and Patrick Mahomes.

With the NFC in such a disadvantaged position, they have the third-best QB in their conference.

Arizona has had an offseason without any surprising or magical signings, and they let go of several important pieces. Team flagship Chandler Jones left the team after having one of the worst seasons of his career; RB Chase Edmonds and WR Christian Kirk also said goodbye. On the other hand, they brought back James Conner with a slightly higher contract for a RB, Zach Ertz in a move that was quite critical due to his age and the price paid, Maxx Williams and Dennis Gardeck.

Guard: Arguably the weakest position on the team, Josh Jones had one of the worst ERAs in the NFL at just 96.5%, the league average being just over 97.2%. Although Justin Pugh is still playing at a decent level, he is now 32 years old and a below average performer.

Hub: At first glance, this position seems to be covered by name, but having played his worst season and being a worst C in 2021, the Cardinals may have a chance to find a replacement for Rodney Hudson as early as this year.

Inside Defense: Although this was JJ Watt’s position in 2021, the Cardinals need someone else, either to complement him or to replace him in the event of another injury to their star player.

tackle: The drop in level of DJ Humphries in 2022 is something that worries more than one, having been the ninth T in the NFL with the most pressure allowed. Beachum was constantly shredded in the running game and it’s definitely something this team needs to improve on.

EDGE: Without Chandler Jones, the Cardinals need a new defensive pressure generator to go along with Devon Kennard, who is coming off a breakout season and views Markus Golden and Dennis Gardeck as just complementary pieces at the position.

Wide Receiver: With one of the best WRs in the league in DeAndre Hopkins and an imminent breakout candidate in Rondale Moore, the Cardinals just need a complementary piece.

Cardinals picks in the 2022 NFL Draft

The possible picks of the Cardinals

C Tyler Linderbaum – Iowa. After wrecking his Pro Day, where he broke the three-cone record in 7.14 seconds, he ran 4.98 seconds in the 40-yard dash and weighed in at 300 pounds for the skeptics of this piece of player. He is one of the best prospects at the position in the last decade. ESPN Analytics gives him a 90% chance of being available at 23.

DI Devonte Wyatt – Georgia. Simply one of the most athletic players in the class, even more so than position mate Jordan Davis. He drove with 423 snaps in 2021 and had agility worthy of a Top 15 pick. He stopped the race on 11.5% snaps, posting a 99th percentile.

T Abraham Lucas – Washington State. Without a doubt, one of the most experienced prospects in the entire Draft. In 2021 he only allowed nine pressures, playing in an athletic and agile manner. No doubt the fit perfect is the Cardinals where he can play right side.

EDGE Cameron Thomas – San Diego State. If you’re looking for someone productive in college, agile and versatile on the defensive line, that person is Cameron Thomas. Who had a 21.1% winning percentage on passing true snaps, a number higher than the likes of Jermaine Johnson III and Travon Walker. Plus, he played everywhere on the Aztecs’ defensive line.

G Cole Strange – Chattanooga. The way this guard explodes on the field is just special. At the Combine, Strange had 31 reps in the bench press and one of the best times in the test of the three cones with 7.44. Against the best competition he has played incredibly well and is a fit perfect for the Cardinals.

This is the prior to the 2022 NFL Draft of the Arizona Cardinals. What do you think this team will end up doing? We read you in the comments under this post and on our social networks.