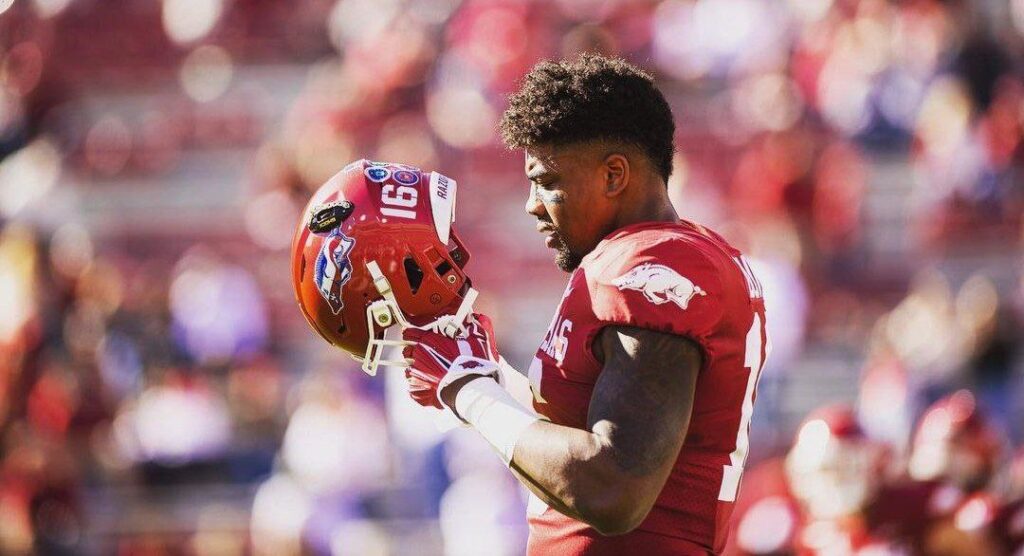 One of the biggest surprises for the new season of the NFL it came about with the departure of Davante Adams to the Las Vegas Raiders. Following the move, many are now wondering who the Green Bay Packers’ new wide receiver will be, and the answer could lie in the draft.

It should be noted that Davante is the record man in his now former team where he made a great dumbbell with Aaron Rodgers. The receiver can boast the record for a season of the packers in receptions (123) and receiving yards (1,553) last season. He also became the sixth player in NFL history with 120+ receptions, 1,500+ receiving yards and 11+ receiving touchdowns in the same season.

Fortunately for the team, in exchange for Adams he received two draft picks from 2022, including the Raiders’ first-round pick. In one of these picks we could see the new accomplice of Aaron Rodgers and here we show you the most interesting options:

Who will become the new catcher for the Green Bay Packers?

From Arkansas they define him as one of the best receivers who has been in his school and it is not for less. He was the first ever with 66 receptions for 1,104 yards and 11 TDs to earn All-SEC honors.

One of the options directly from the Ohio State Buckeyes who was already selected in 2019 and 2020 in the first team of the Big Ten Conference. In his last season -2021-22- he completed 65 receptions in 12 games to add 936 yards and 13 touchdowns.

Also fresh out of Ohio University, Garrett is aiming to be a top pick in the upcoming draft. The last season he played was the best of his collegiate career: 11 games where he had 70 receptions for 1,058 yards and 12 touchdowns.

Another element that many teams would like to have in their ranks thanks to his great career in college football, especially last year. The receiver was chosen as the 2021 offensive player of the year in the Pacific-12 Conference and in his career he has accumulated 160 receptions, 2,153 yards and 15 touchdowns.

Who will be the new catcher for the Green Bay Packers?