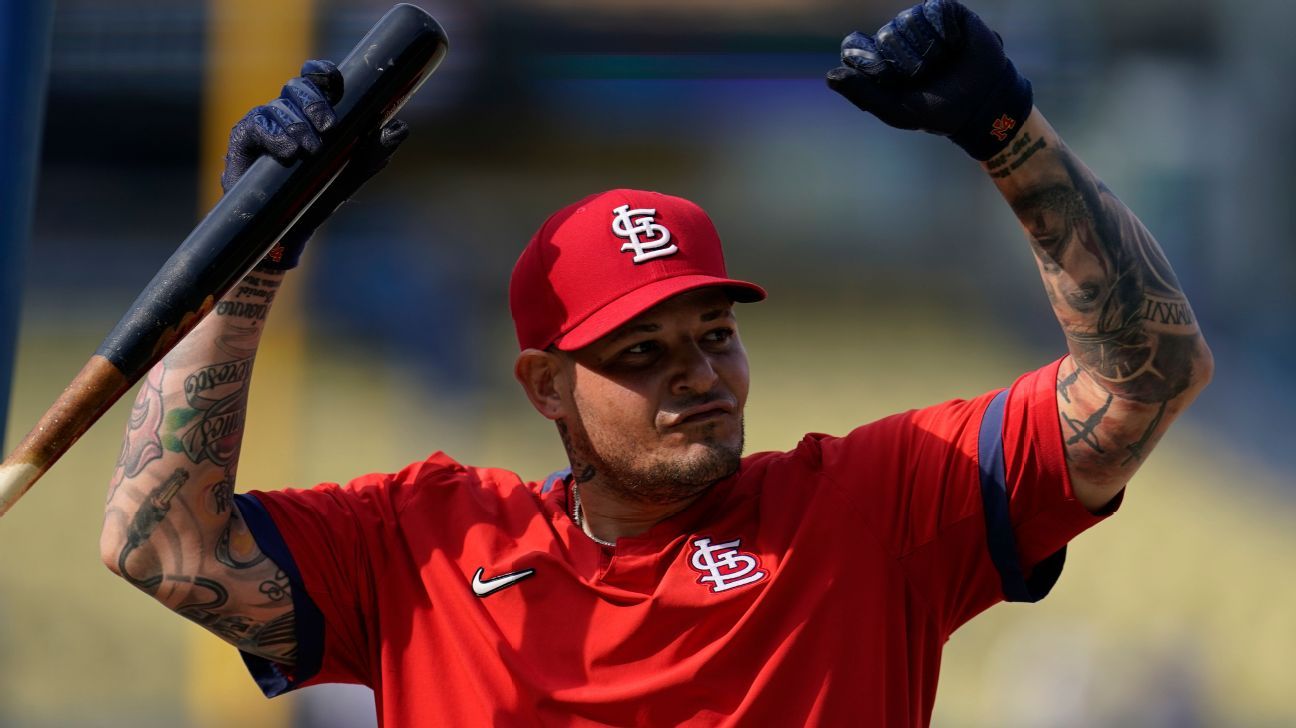 JUPITER, Fla. — The St. Louis Cardinals catcher, Yadier Molinawill be late for what could be his last spring training.

The 39-year-old Puerto Rican will begin his 19th and possibly final season with St. Louis. The 10-time All-Star and nine Gold Glove winner agreed to a one-year, $10 million deal in August.

“I have no details other than that he spoke to me a few days ago to inform me that he would be delayed due to personal issues,” St. Louis president of operations John Mozeliak said Monday. “I said no problem. I hope to speak with him in the next few days to have clarity.”

The relievers, the Dominican Genesis Cabrera and the mexican Giovanny Gallegos They will also be late. Cabrera had problems with his flights. Gallegos will be late due to personal problems.

The right Alex Reyes, elected to the 2021 All-Star Game and with 29 saves, has had man problems. St. Louis sent him for more tests, but Mozeliak declined to speculate on when he might return.

Reyes, 27, hopes to fight for a spot in the starting rotation.

Adam Wainwright he returned to work, pitching in the team’s first session out of the bullpen in spring training. Wainwright, 40, is also starting what could be his last campaign.

Nolan Arenado he hit a pitch from Wainwright over the fence in right field. As his teammates cheered for his home run, Wainwright stepped up to the mound, plucked several blades of grass and threw it into the wind from the right.

“It was helped by the wind,” Wainwright said later in the clubhouse. “It would have been a double.”

Leaving the mound, Wainwright playfully tossed Arenado his glove and then hugged him.

“It was exciting,” Wainwright acknowledged. “I felt like I was on stage or something. I was having fun. It was exciting. She was trying to act a little bit.”

Yadier Molina will miss the start of training