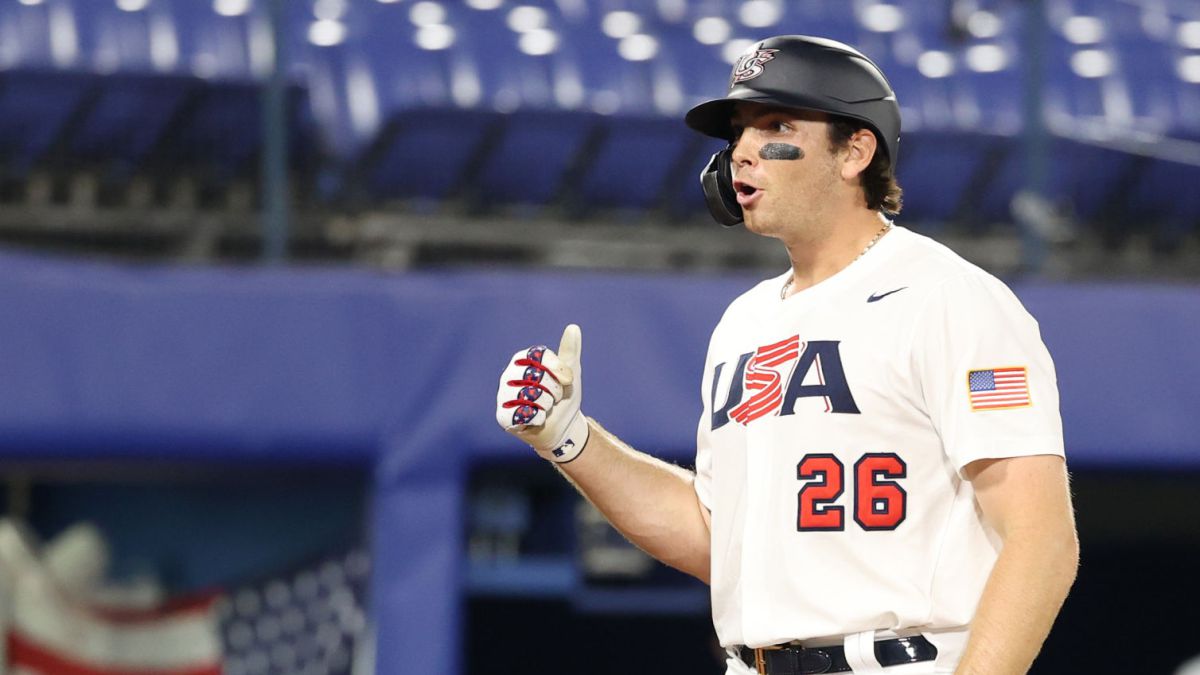 Today the United States celebrated more than well in the collective theme of the Olympic Games. After the basketball representative quintet recovered with two wins in a row after the poor opening against France, they qualified for the second round and also their baseball compatriots. The latter dominated their industry rivals from start to finish and, as a reward, will rest after their victory against South Korea.

For the day yesterday, a victory against Israel of 8-1 made clear the superiority, but against the Asians they would have the first great test by fire and the start of the match made them clear by going down for a race awarded by choice . Nick Martinez was responsible for the mound and guilt would begin to fall on him, however, That would be the biggest mistake since, for his five innings worked, he only allowed four hits and struck out nine opponents.. Having that factor, now only the races were missing.

To do this, Eddy Alvarez would start the problems for the Korean gloves, but who really turned everything upside down at first was Triston Casas. The Boston Red Sox prospect hit Young-pyo Ko’s pitch into right field and he didn’t return, so the North American cartwheel came. and from there they would not lose the leadership again. Although it had to wait a couple of innings, the final rift came in the fifth inning when Nick Allen also joined the home run party and Tyler Austin boosted Jamie Westbrook’s run.

From there it was all tranquility for the ninth directed by Mike Scioscia, cwith everything and that in the last entry there was some concern with the relief of David Robertson. At his entrance the second race of the opponents fell and could serve as inspiration, but, as soon as they wanted to be filled with motivation, Jack Lopez did wonders on the plates and the undefeated Team USA was assured. Now, it is life or death time.

USA Baseball to rest from first round knockout

Winning, winning and winning has to bring benefits and USA Baseball has them. Having remained the leader of its sector, the United States has a closer path to the medal fight and this begins with a break in the first round of playoffs. The ninth Yankee will play until the second against the other leader Japan and the winner from there will go directly to the semifinals. The game will take place on Monday, August 2 at 6 AM (ET).