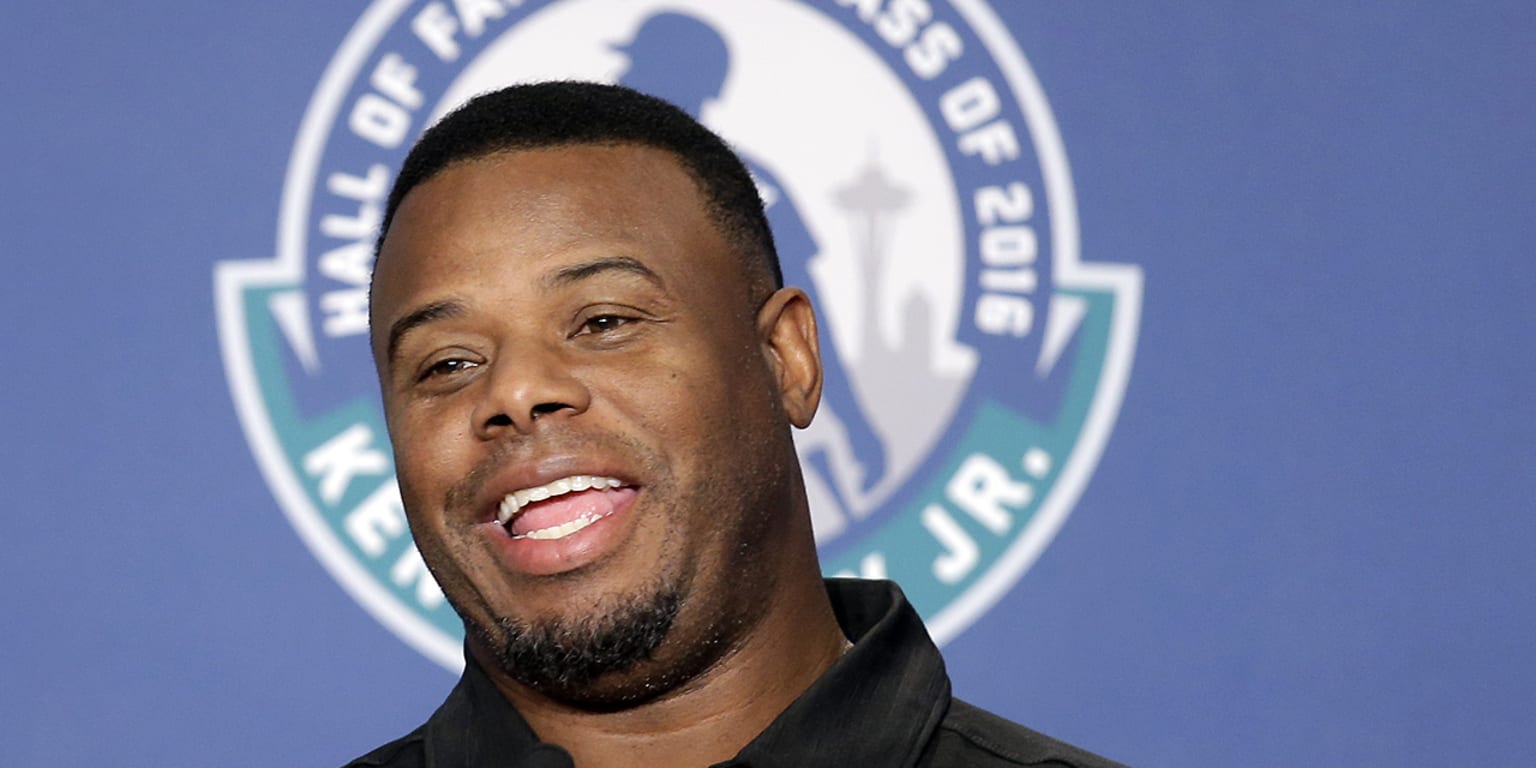 Ken Griffey Jr. was the subject of a history of unforgettable memories for baseball fans during his 22-year career in the Major Leagues, a stay that would eventually land him in the Hall of Fame.

So today, on the anniversary of his trade from the Mariners to the Reds on Feb. 10, 2000, we take a look at 10 of his greatest moments.

What made Griffey great is that he could beat you with his bat. He could beat you with his glove. With his arm. And, yes, he could also beat you with his legs, which was precisely the weapon he used in his most iconic moment with the Mariners: The image of Jr. grinning from ear to ear under the pile of teammates at home plate after scoring. from first with what is known in Seattle as “El Doble” by Puerto Rican Edgar Martínez to beat the Yankees in the 11th inning of the decisive Game 5 of the American League Division Series on October 8, 1995, during the first participation in the franchise postseason.

Ask Griffey what the moment he remembers most from his 22-year career and this is the one he ranks above all, and rightly so. It was special enough that Junior and his dad, Ken Griffey Sr., got to play on the same team in Seattle in 1990. But the father-son duo delighted the baseball world on Sept. 14 of that season by hitting at-bat home runs. successive first innings against Kirk McCaskill of the Angels.

Griffey has always insisted he wasn’t a home run hitter. But he didn’t stop blowing the fence during his career and No. 600 hit him with the Reds on June 9, 2008, when he sent a first-inning pitch from the Marlins’ Mark Hendrickson into the right-field seats at the Dolphin. Stadium, becoming just the sixth player in history to reach that figure. He retired with 630 for life.

4. A catch for history

A separate special could be made on Griffey’s best defensive plays, but one of his first moments as a wizard with the glove in center field occurred on April 26, 1990, when he climbed over the Yankee Stadium fence to take a home run from Griffey. to Jesse Barfield. He then celebrated the catch with his inimitable smile and a joyous run back to the dugout that let the baseball world know that this was “The Kid” who loved to play baseball. The pitcher he helped with that spectacular crimp? None other than another future Hall of Famer, Randy Johnson.

When you’re sixth on the all-time home run list, it’s normal for home runs to come out in bunches sometimes. Griffey’s longest streak came in 1993, when he homered in eight straight games, tying a major league record–shared by Dale Long and Don Mattingly–with a homer off the Twins’ Willie Banks on July 28 at the Kingdome. The Junior narrowly broke the mark when he hit a double off the wall on July 29.

One of Griffey’s longest drives didn’t even count – a shot at the Home Run Festival on July 12, 1993 – is one of his most memorable moments, as he became the only player to fly a ball off the front of the building behind the right field wall of Oriole Park. Griffey would end up losing the Derby that year to Puerto Rican Juan “Igor” Gonzalez, but he competed in eight of those contests during his career and won three.

The story had to start somewhere, and Griffey’s impact was immediate from the first time he stepped foot on a major league field as a 19-year-old rookie in 1989. The Mariners opened that season on the road and Griffey hit a double in his first at-bat against All-Star Dave Stewart of the A’s. But he topped that on April 19 in his first game at the Kingdome, when he homered on his first swing, sending an 0-1 pitch off the White Sox’s Eric King over the outfield fence. left.

Griffey returned to Seattle with the Reds for the first time in an interleague series in 2007 and was greeted with open arms and a thunderous ovation from the crowd at Safeco Field. And, as usual, Junior rose to the occasion, hitting two home runs in the series finale on June 24.

Griffey was playing baseball at full throttle, to the point that injuries eventually caught up with him in the second half of his career and likely cost him his chance to chase the all-time home run record. But nothing could get in his way when he wanted to make a catch, including the wall of the Kingdome on May 26, 1995, when he once again helped Randy Johnson with an impressive crimp off Kevin Bass’ drive. Griffey caught the ball, but broke his right wrist in the process. He ended up missing 73 games, but came back in time to lead the Mariners to the postseason after the team overcame a 13.5-game deficit to catch up with the Angels and win the AL West.

Junior always seemed to show his face on special occasions and naturally his 500th career home run hit him while playing for the Reds on Fathers Day in St. Louis on June 20, 2004. On what was a perfect day, Ken Griffey The father was at Busch Stadium that day and was able to hug his son after the home run, another reminder that family always came first for Griffey.