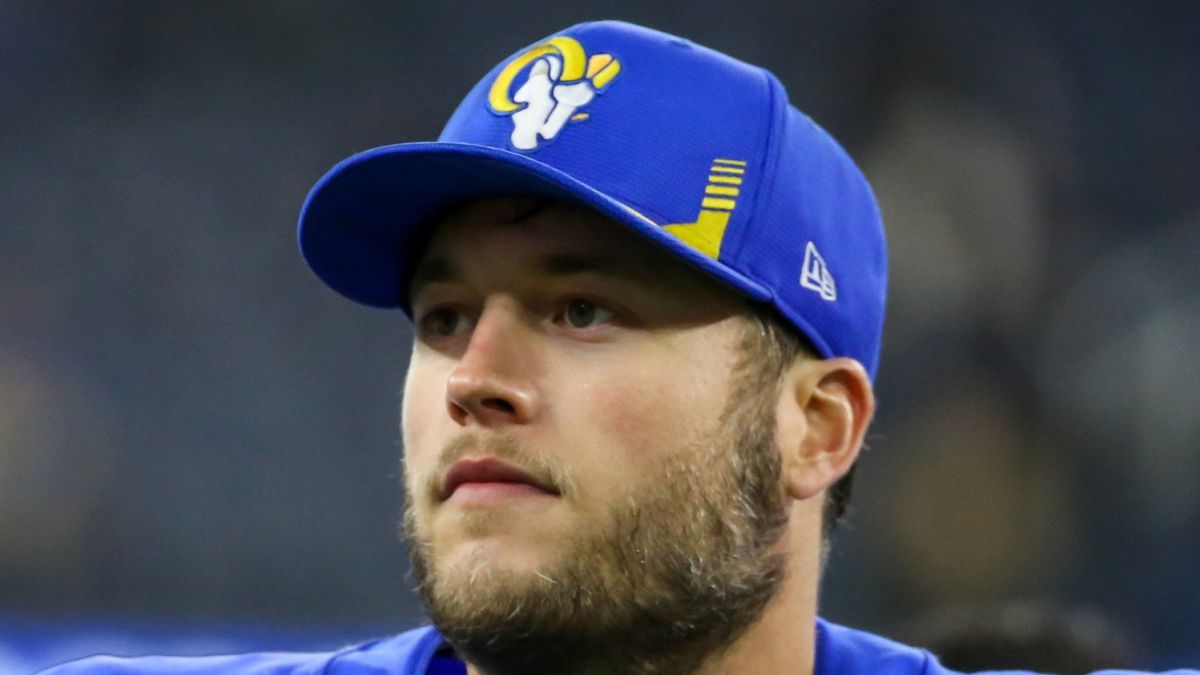 The Cincinnati Bengals and Los Angeles Rams will meet at SoFi Stadium this Sunday as part of Super Bowl LVI and one of the most important stories is that of Matthew Stafford, quarterback of the Rams.

John Matthew Stafford was born on February 7, 1988 in Tampa, Florida. A few years later, his family moved to Dallas Texas where he attended high school at Highland Park High School. Since then, his talent as a quarterback he drew attention throughout the American Union as he was considered one of the best prospects.

Upon completion of high school, Stafford joined the University of Georgia and took tenure from day one. After three years with the Bulldogs, the quarterback declared himself eligible for the NFL Draft. Due to his talent as a quarterback at the college level, Stafford was drafted with the first overall pick in the 2009 Draft by the Detroit Lions.who had finished the 2008 season with the first winless campaign in NFL history.

Jim Schwartz, then the Lions’ head coach, started Stafford in his rookie year. But nevertheless, knee and shoulder dislocations did not allow him to finish the season. In 2010, his second year as a professional, a game was interrupted after he dislocated his right shoulder again, which sidelined him for five weeks. The Georgia product tried to come back and he played two more games, but opted to go under the knife in January 2011.

Stafford sparked his potential in 2011 when he threw for 5,038 yards, 41 touchdowns and led the Lions to their first playoff run since 1999.. In his first postseason appearance he was beaten by the New Orleans Saints in the Wild Card Round by throwing two costly interceptions in the fourth quarter.

It took three years for Stafford to get back to the playoffs, but the result was the same, although now the head coach was Jim Caldwell. Despite getting 11 wins in the 2014 season, they were eliminated in the Wild Card Round by the Dallas Cowboys. The quarterback tried to give the Lions the victory, but suffered a strip-sack at the hands of Demarcus Lawrence.

In the 2016 campaign, the Stafford Lions reached the postseason, but were crushed in the first round by the Seattle Seahawks 26-6. Seattle’s running game simply kept Stafford from getting the ball.

IT MAY INTEREST YOU: These are the five key duels of Super Bowl LVI

Heading into the 2018 NFL season, heDetroit management made a change of head coach and gave the reins of the team to Matt Patricia, Bill Belichick’s ward. However, in his two and a half seasons in charge of the Lions, the team never left the bottom of the NFC North. Additionally, the 2019 season was short for Stafford as he suffered broken bones in his back and only appeared in eight games.

At the end of the 2020 season, Stafford requested to go to a team ready to win the Super Bowl and the Lions management granted his wish by sending him to the Rams for Jared Goff and two first-round picks.

Upon leaving Detroit, Stafford did so with every possible record for a quarterback.. With the Lions he threw for 45,109 yards, 282 touchdowns and completed 3,898 of the 6,224 passes he attempted.

In his first season with the Rams, Stafford threw for 4,486 yards and tied his mark for most touchdown passes with 41.. However, he co-led the league with rookie Trevor Lawrence with 17 interceptions.

The Rams, led by Stafford, Cooper Kupp, Aaron Donald and Jalen Ramsey won the NFC West and qualified for the playoffs from Week 16. When he arrived in Los Angeles, Stafford had not won a single playoff game. however, that did not put pressure on him and he got three wins to reach Super Bowl LVI.

It took Stafford 13 seasons as a professional and a change of team to be able to play in the Super Bowl.however, his potential is close to being crowned with a Vince Lombardi trophy.