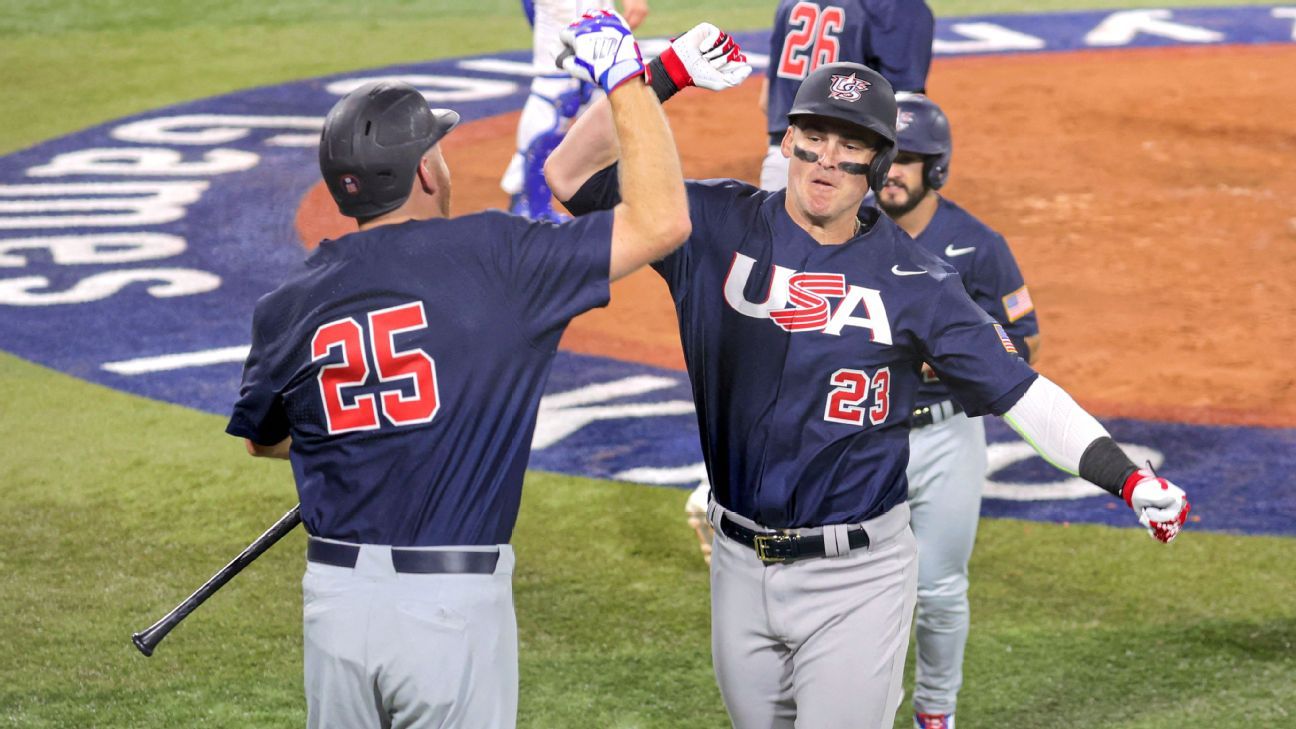 In their first game in Tokyo, the United States beat Israel 8-1. Joe Ryan, 25, a prospect who was traded to the Minnesota Twins from the Tampa Bay Rays last week, struck out five in six innings, allowing just one solo home run.

Eddy Alvarez, a minor league player with the Miami Marlins who was a silver medalist in speed skating during the 2014 Games, drove in two runs in two doubles and scored two runs.

Tyler Austin, 29, playing at the stadium he normally calls home to the Yokohama BayStars of the Japanese league, added a two-run homer and an RBI double.

The United States will face South Korea, and the winner of Saturday’s match will advance to the quarterfinals.

The 36-year-old Cabrera pushed a line toward the left-field wall in the fifth inning to plate the only run.

The 40-year-old Bautista, playing left field, prevented Mexico from leveling the score in the sixth inning by knocking out a runner at the plate with an accurate shot to the catcher.

Sánchez, who plays for the Yomiuri Giants of Japan, combined with four relievers to allow just four hits.

Adrián González had a single and a walk in four plate appearances for Mexico.

“Unfortunately, we hit a lot of balls into their hands,” Gonzalez said. “But as this whole format is, we control our destiny.”

If Japan (1-0) beat Mexico on Saturday, the hosts can rest until the quarterfinals on Monday. Mexico could steal that privilege with a two-run win over Japan.

The last team between Japan, Mexico and the Dominican Republic will face Israel on Sunday.